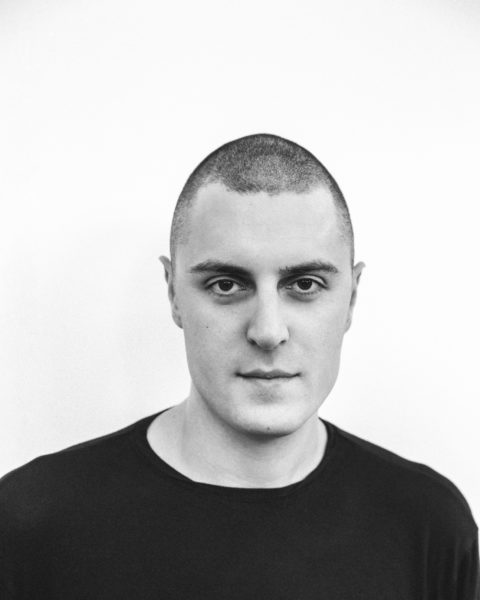 If you love good food, good causes and a good run, you'll want to join Neigum and Michael Ng for ASRC's virtual marathon.

Just about every industry has felt the impact of the COVID-19 pandemic and in Canada, one of the hardest hit has been food. On December 16, Restaurants Canada reported that since March 2020, 10,000 restaurants closed across Canada, while nearly 50 percent expect to permanently close if things don’t change. So, how to support Toronto restaurants while things remain locked down?

The fashion industry, too, has taken a toll, with many retailers closing, like Addition Elle, or facing bankruptcy, like Frank And Oak. For Toronto-based designer Sid Neigum, who cancelled his resort collection ahead of the fall, “it’s been rough.” But, he adds, “I’ve pivoted, as many restaurants have, by starting an online shop and selling direct-to-consumer. Now, this month, our revenue is higher for direct-to-consumer (D2C) than business-to-business (B2B), which is a first. It’s [about] rethinking how you have to work and adapt.”

Neigum brought that sensibility to his second love — food — when Michael Ng, founder of Anti Social Running Club (ASRC), asked if he’d wanted to partner and co-host the first Dine & Dash Virtual Race in Toronto in support of local restaurants. The ASRC was founded during lockdown, and virtually connects runners on an app allowing everyone to check in on each other as they go, creating a socially-distanced network that encourages exercise at a time when many of us are spending most of our days indoors and at home.

Ng first orchestrated a Dine & Dash Virtual Race in Edmonton in February, which Neigum had taken part in from Toronto and loved, so he jumped at the chance for the two to work together and make a change.

“I wanted to reach out to Sid and see if he’d be interested in doing a Toronto edition after the success that we had in Edmonton,” says Ng. “Our biggest focus is to support local business, specifically in the restaurant industry. It’s been hit so hard during COVID, especially with no dine-in in Ontario yet. I really wanted to see if there was an opportunity for Toronto to do what we did and help in the way we know how.”

The race will take place from April 19 to 25. Registered runners can choose their distance — 10 km, half marathon or full marathon — and can run anywhere or any time within the timeframe, while using any type of tracking device or app. Afterwards, they can claim a meal at the participating restaurant of their choice from April 23 to 25. In other words, run your ass off and then reward it with some of the city’s best meals.

While there won’t be any winners in this race, dog-eat-dog types have the choice of submitting their times. Throughout the week, Ng and Neigum will update a leaderboard in hopes of satisfying their competitive streaks.

Registration is $55 for individuals, $110 for pairs, and includes a meal, a t-shirt (designed by Neigum, naturally), and entry into the race. Those outside of the city can also run, though a donation will be made to a local food bank in lieu of the meal.

Those restaurants participating in the event are a diverse bunch that could satisfy any appetite, and include 416 Snack Bar, Donna’s, Le Phenix, Hello 123, Imanishi, Tutti Matti and Alma, with one more yet to be confirmed.

“It’s all really delicious food that would be great to eat after a marathon,” concludes Neigum, while Ng adds with a laugh, “Food is why I run. Guilt-free meals after running for a few hours? Sign me up.”

Registration begins on March 29 and closes on April 18. Click here for more details.

Photography courtesy of Sid Neigum
Get the best of FASHION in your inbox Thanks for signing up!
The latest fashion, beauty and celeb news delivered right to your email #FASHIONforall Now, check your inbox to complete your subscription
We won’t ever use your email address for anything else
Want even more FASHION? Follow us on social media.