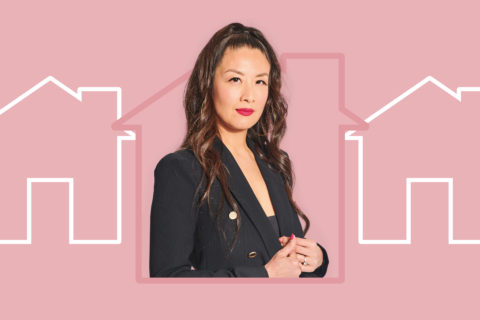 Self-Isolation Diary: A Day in the Life of Lainey Lui

"I’ve been eating home-cooked meals almost every night during lockdown. For some reason, it gives me great pleasure to be in the kitchen prepping all our food."

We’re officially in Month 3 of self-isolation with an uncertain road ahead but for some much-needed inspiration, FASHION is reaching out to some of our favourite Canadians to get a peek into how they’re living their lives in lockdown (remember: #StayHomeSaveLives). Each week, keep an eye out for new self-isolation diaries from actors, designers, influencers and artists who are riding this uncertain time out with us.

Tuesday, May 12, 2020 @ 5am
My phone alarm goes off. Every day it’s like Fifty First Dates where I have to be reminded that this is reality. My first thought is always… SERIOUSLY?! STILL?! My second thought, today, is that it’s not a hair-washing day which means maybe I can go back to sleep for half an hour. My third thought is that even though it’s not hair-washing day, I have to get up this early because I’m stupid slammed for eight hours straight without a break so I need to start writing my column and finish at least two thousand words by 8am.

Then I knock over my mug of water. It spills everywhere, I have to turn on the lights and wake up Jacek. Is this an omen? Is my day about to be all kinds of f*cked up? Now I’m checking my texts, with dread. Sure enough Bryan Adams decides to become a social media scandal.

5.15-7.15am
I allow myself 45 minutes to decide what to do about Bryan Adams. In the end I open the site with a mention of him but pivot to spotlighting the work of another Canadian, Simu Liu, instead. Then I bang out 800 words on Jennifer Aniston and the Friends reunion and reminisce about her and Brad Pitt. Now that the first two posts of the day on LaineyGossip have been handled, it’s time to take a shower.

7.30am
Back at my work station (the dining room table), hoping to finish one more post before The Social’s morning meeting at 8am. Also hungry, so I throw two biscuits in the toaster, write on my phone while I’m waiting, and am very pleased to be back at my laptop in just four minutes to get the main points of a Reese Witherspoon post together before I call in.

Oh sorry, Elvis. Am I boring you? (As I’m trying to work and you climb into my lap just to let me know it’s time for your nap.) #beagle #dogsofinstagram

8.30-8.45am
After a conference call with The Social hosts and producers to decide on the day’s hot topics, it’s makeup time. Normally I just do my eyebrows, mascara, blush, and lipgloss but today I decide to pull out the liquid eyeliner for the first time in eight weeks because I’m interviewing Janelle Monae later and she deserves my best face. I put on a long-sleeved Zara maxi dress with a floral print over my sweatpants and green plaid socks. Nothing matches. Nobody cares.

8.45am-9.45am
I give the Reese Witherspoon article a final polish before sending it to our LaineyGossip site manager to post. Then I switch over to The Social and send my show notes to our team so they can pull assets (photos, tweets) in time for when the show tapes to go with the points I’m making during our on-air discussion. But then I get a request from one of my Etalk producers to do a voiceover. I record the voiceover on my phone, upload it to a dropbox, and try to get back to LaineyGossip business and crank out one more piece to buy myself some time while I’m shooting both shows. Feeling a bit panicked now because I’m about half an hour behind where I should have been by now if the day is going to run the way I need it to. I blame Bryan Adams.

9.45am
I log in to the broadcast app that we use to tape The Social remotely. It also allows me to see my colleagues, Jess Allen, Melissa Grelo, Marci Ien, and Cynthia Loyst. We check the lines, we make sure everyone’s feed is working properly, we review how the segments will run. I keep my laptop with me and keep writing while they’re working out the tech.

10.05-10.35am
Ready to roll on The Social. We shoot the first two segments of today’s show that will eventually air at 1pm ET. During the three minute break in between segments I review my notes for the next segment I have to shoot. And I record another voiceover for Etalk that has to be uploaded by 10.30am.

10.40-11am
After wrapping on the hot topics for today’s show, we’re now shooting a running segment for an upcoming episode on The Social. Melissa Grelo and I are interviewing a champion long distance runner for beginner tips on the sport. Since I’ve already reviewed my notes for this segment, I now review my notes for Etalk since I start shooting for it right after this segment.

11-11.30am
My husband repositions the tripod and camera to shoot Etalk. I dial into a different app so that I can see and hear the other hosts and our producers who are guiding us through the shoot. I use a remote control to stop and start the camera on my phone. We’ve been filming our show this way for eight weeks now. The light is weird today so Jacek puts up a black garbage bag to cover one of our big windows. I hope our neighbours don’t think we’re running a drug lab.

11.30-11.45am
Etalk is wrapped but I’m now pretty anxious about LaineyGossip. It’s been over 90 minutes since I’ve written anything. I quickly whip off a post about Kristen Wiig before I have to get to the next thing.

11.45am-12pm
This is my only break in the day. Time to change. Janelle Monae is known to wear a lot of black and white. I put on an MSGM black fringe dress with big white collar. Very Wednesday Addams but on a Tuesday.

12pm
Time to check into the Amazon Homecoming Season 2 virtual junket. I have interviews lined up with Stephan James, Hong Chau and Chris Cooper during this block. While I’m waiting for my name to be called, I write furiously for LaineyGossip. There are only four posts on the site. I also have to review my questions for the actors.

1.10-1.30pm
Having wrapped on the first round of interviews, I now have 20 minutes before I’m due to check in for the next round so I quickly make my lunch. Avocado toast! I made the avocado mix last night knowing I wouldn’t have much time. Takes me six minutes to put it all together and this gives me a thrill because I get turned on by time management and efficiency. Having fourteen minutes to eat and write feels like a small luxury!

Light is working for me this morning. Gonna be a vain day.

1.30-2.15pm
Now back in the virtual hospitality room waiting to be allowed access to Janelle Monae’s interview room. Getting nervous because I love her so much and I’m worried she’ll think my questions are stupid. I scan my list of conversation topics with her and then refocus on the website because I’m almost back on schedule for the day’s posts. Feeling good about this because I can see that the toughest part of the day is almost over, and that I’m almost to cruising altitude.

2.15-2.30pm
The interview with Janelle went well. She wore a floppy straw hat and a white shirt and looked so chill and beautiful and her voice makes me feel like the whole world is dripped in gold.

2.30-3pm
Bonus! The junket finished half an hour early which means I have half an hour to wrap the site before my next shoot for The Social, which is about spring baking. I put the finishing touches on LaineyGossip for the day and then head upstairs to change back into the outfit I was wearing for the first shoot of the day. Continuity, you know? Also must reapply lipgloss.

3-3.45pm
We shoot the baking segment with our culinary expert. Right now, I’m a bit loopy because it has been a DAY, but that makes the segment more fun, more engaging, and we need that because taping over the internet between so many different people (two hosts and one guest, plus producers and technicians, all of us in our own homes) results in audio delays and awkward talking over each other or gaps. So if you’re not having a good time through the conversations, it’s not fun to watch.

3.45-5pm
Now I pour a drink: a glass of rosé. It’s not 5pm yet but whatever, my day starts earlier than whoever it was who came up with the 5pm thing. And it’s not like I haven’t earned it. Time to go through emails and reply to the producers who’ve been waiting on answers from me for future segments. And record a last minute voiceover for the Etalk.

5-6.15pm
Jacek and I set up the dining table to podcast. On Tuesdays I record the What’s Your Drama podcast with Sasha Tong. She normally comes over but since that’s not possible, we now talk to and see each other over FaceTime and our audio is captured on a separate app. Our podcast is giving people advice – which we are not qualified to do because we basically just try to crack each other up the whole time. It’s the best way to end the work day, with a friend you miss, laughing and getting silly and trying to forget that we are in this crazy, scary reality. Also I’m relieved. Turns out spilling the water first thing in the morning was the worst thing that happened.

6.15-7pm
I’ve been eating home-cooked meals almost every night during lockdown. For some reason, it gives me great pleasure to be in the kitchen prepping all our food. On the menu tonight: shredded chicken over rice noodles in a green curry coconut broth. I roasted and shredded the chicken on the weekend so it’s just about getting the broth to flavour and chopping up some vegetables. This is when I crank up the music and just let loose and let the day fall away. It starts all over again in less than 12 hours.

Image courtesy of CTV. Design by Danielle Campbell.
Trends, beauty secrets, culture & more
Yours for only $1 an issue
Subscribe now!