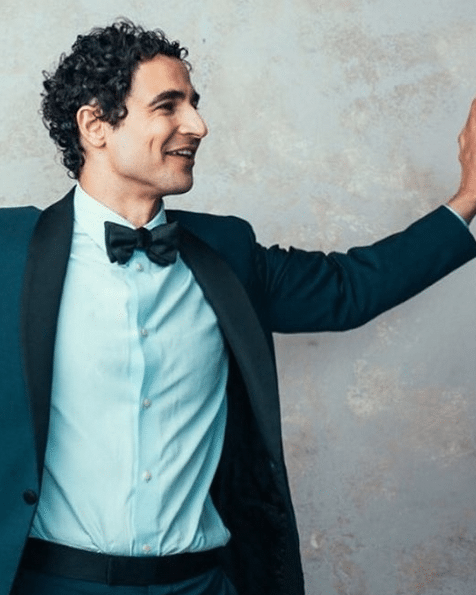 The rise, the fall, the rebirth.

Zac Posen is one of the fashion industry’s most buzzed about talents. Besides running two eponymous brands, Zac Posen and ZAC Zac Posen, the 36-year-old designer is also the creative director of Brooks Brothers, a judge on Project Runway and has a cookbook out this fall.

A-listers like Gwyneth Paltrow, Claire Danes (who can forget her glow-in-the-dark Met Gala gown?), Naomi Watts and Katie Holmes are big fans, and often don his dreamy designs for red carpet appearances. Sean “P. Diddy” Combs even invested in Posen’s label right out of the gate in 2004.

#FBF my 20s with @diddy ? backstage at a #zacposen show "The hip hop chapter" ! Check out the feature documentary @houseofzfilm world premiering at @tribeca tomorrow!! #houseofzfilm directed by @sandy_chronopoulos link for Tix in bio above.

But Posen’s meteoric rise (he was only 21 when he first started in the fashion biz) came to a crashing halt by the late 2000s. His signature, structured designs were no longer in demand and his company was struggling to stay afloat.

House of Z, a new documentary, chronicles the designer’s rise, fall and rebirth. Directed by Sandy Chronopoulos, this must-see film documents the good, the bad and the ugly, and includes interviews with Posen’s friends like Claire Danes, Sean Combs, Naomi Campbell and André Leon Talley. “What I do is something I love so dearly, but fashion has a dark side,” says Posen in the film trailer.

In another clip from the video, the Boy Wonder says “I just wanted to do the best show possible, because I knew it could be my last.” We. Are. Officially. Hooked.

Available exclusively on Vogue.com starting September 6, you can see the suspenseful first trailer of House of Z below. The countdown to September is on!

Photography via @zacposen
Get the best of FASHION in your inbox Thanks for signing up!
The latest fashion, beauty and celeb news delivered right to your email #FASHIONforall Now, check your inbox to complete your subscription
We won’t ever use your email address for anything else
Want even more FASHION? Follow us on social media.