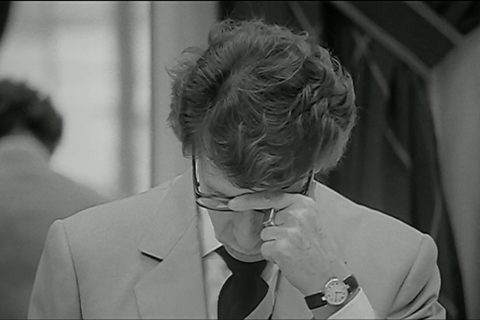 Celebration, a documentary by filmmaker Olivier Meyrou depicting legendary couturier Yves Saint Laurent preparing his final collection, was first screened at the Berlin International Film Festival in 2007. It was not screened again publicly until 2018.

As it turns out, one of the central characters in the film, YSL’s business manager Pierre Bergé, had not signed a release form authorizing the use of his image and successfully able to block distribution of the film until his death last year. Stitched together from a sparse 18 hours of footage captured by Meyrou between the years 1998 and 2001, Celebration is an unsparing and not-altogether-flattering portrait of one of the most important fashion figures of the 20th century. Now, the film that was essentially suppressed from viewing will have its first screening in Canada on April 6th, 2019, at the Fox Theatre in Toronto, presented by Archival Toronto.

According to Variety, Celebration paints Saint Laurent as a “reclusive, irritable, virtually silent, and, perhaps most shockingly, quite inelegant” character, apparently bearing more than a passing resemblance to grouchy Phantom Thread protagonist, Reynolds Woodcock. Bergé is portrayed as Saint Laurent’s manipulative and megalomaniacal stage manager. During a scene in which Saint Laurent is onstage to receive a CFDA Lifetime Achievement award in 1999, Bergé snatches the statuette from his partner’s hands and coos, “Thank you, I probably had a part in that.”

“Celebration is an important film that makes of one of fashion’s most impressive figures more relatable,“ says Carl Chiang, co-founder of Archival Toronto “We hope that by showing a film like this it will empower new designers and creatives to keep moving forward, accepting their own flaws and struggles as an essential part of the journey.”