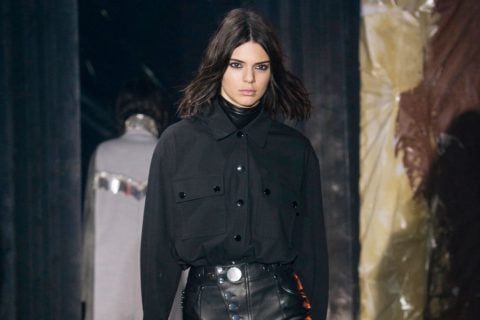 "Like a boomerang, everything circles back to the little big man at the top"

The classic ingredients in a spaghetti western are good guys and bad guys, and there are plenty of “black hats” in the headlines these days. Though there’s also the odd sheriff who keeps his head down and tries to maintain law and order, villains generally rule the day. The shenanigans of cowboys and lone rangers in our public life boiled over into a stampede of cowboy boots, bolo ties, rodeo shirts and prairie patchwork on the runways. Real-life cowboys are taking notice, too. At the Professional Bull Riders’ tour stop in New York, one competitor wore chaps custom-made from an LV garment bag.

“Personally, I’m not a big fan of the western motif as a design source,” says Kei Toyoshima, the new head menswear designer at Haider Ackermann, about Raf Simons’s shoot-’em-up Calvin Klein collection. “However, I think it could be a strong Instagram message and a strong image because people immediately think of a cowboy and connect it with American western culture. And, of course, the context for the collection is that it’s Raf’s comment on the American situation—Calvin Klein is a very New York American style brand—and Raf is a political designer and a contemporary artist.”

“America the beautiful” as conjured up by a Belgian by way of Manhattan is a stupendously shiny pop version of the Wild West dreamed up by writers, painters and, later, Hollywood. Instead of dusty cattle drives and Buffalo Bills, Simons’s Rio Bravo was a satin technicolour spaghetti western populated with soft-in-the-saddle cowboys. It was a luscious frontier festooned with the cascading fringe of hard-drinking saloons and heart-of-gold madams and what they gave way to a century later: the great big pom-poms of Dallas Cowboys Cheerleaders.

“Make America great again,” says Toyoshima when I ask for his take on the collection. “Raf doesn’t just make a garment—he puts his message and sarcasm on top. We think of Texas when we think of cowboys. Texans wanted Donald Trump, while New Yorkers wanted Hillary Clinton. We can see the contrast between city and country/Europe and the United States, but the spaghetti western people…they voted for Trump.”

Like a boomerang, everything circles back to the little big man at the top. Something of a go-it-alone cowboy in politics, he has lassoed the land of America and is dragging it like a hog-tied Holstein to slaughter—or, as he thinks, to the metaphorical grasslands of not the early frontier days but the just-as-vanished era of factory jobs and middle-class plenty. The ideas that the little big man has in his head have sprung up on the runways like cactus blooms after rain. “I reckon that if this is incisive fashion, then it’s a reflection of a political moment,” says curator Clémentine Deliss. “It’s Trump’s return to the pioneering spirit, the Wild West, the prairie, the blond good housewife who is actually a dirty model in disguise.”

Donatella duly reproduced The Man Who Shot Liberty Valance at Versace, while Marine Serre’s floral patchwork insets and Vetements’s bib-front dresses were the stuff of six-shooters, hoedowns and covered wagons moving westward to where the buffalo roam. “It’s a critique of the reactionary wave and a play with its dress codes,” says Deliss. “It’s uptight cuts and a return to indigenous methods such as lace, crochet, knitting and patchwork.”

In “Don’t Fence Me In,” Cole Porter, who had probably never sat on a horse, crooned, “I want to ride to the ridge where the West commences and gaze at the moon till I lose my senses.” The “John Waynes” at Calvin Klein were every bit as improbable. These boys weren’t strong, silent types patrolling the sagebrush; they were midnight cowboys who had escaped their manifest Midwest destinies and ended up midtown, broke and as fenced in as ever. What they wore was political punditry at its sharpest—clothes that say it’s high noon for America. 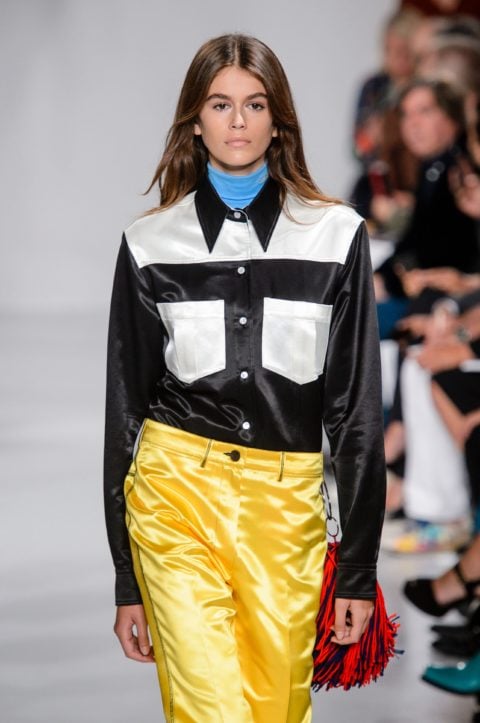 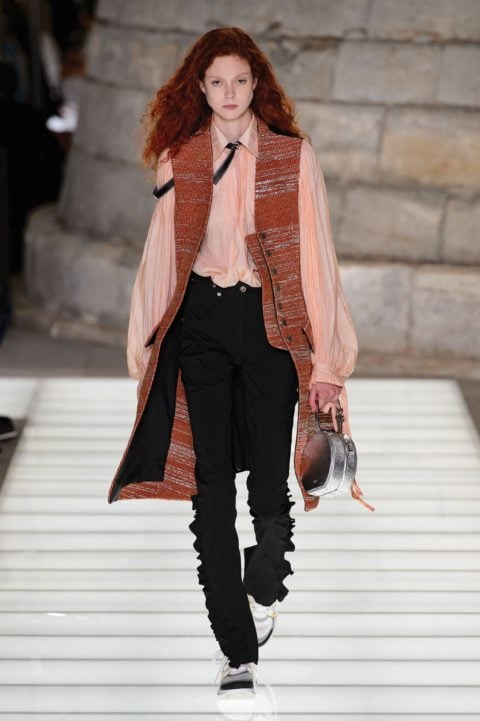 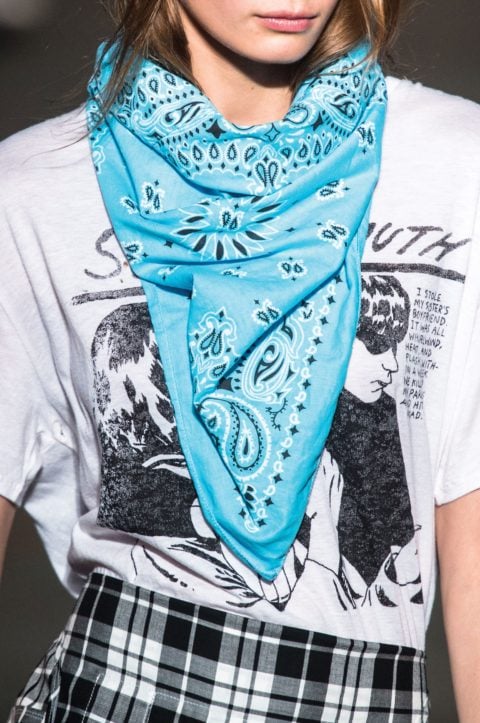 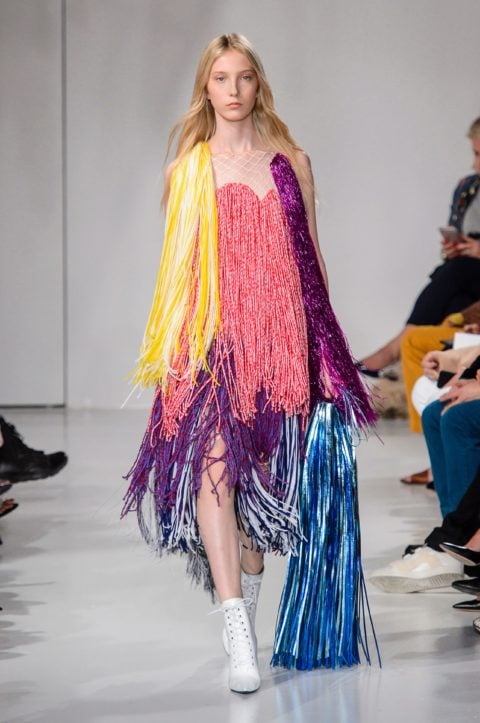 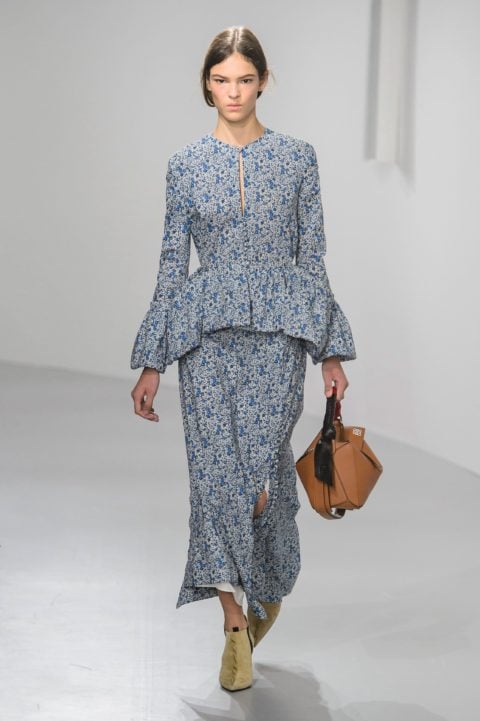 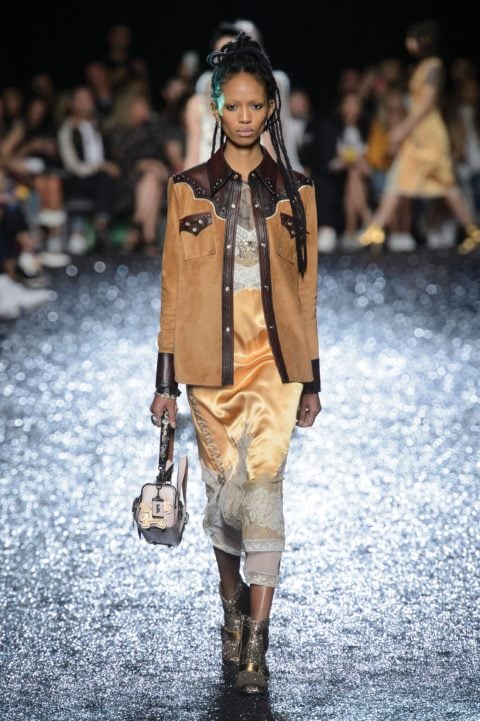 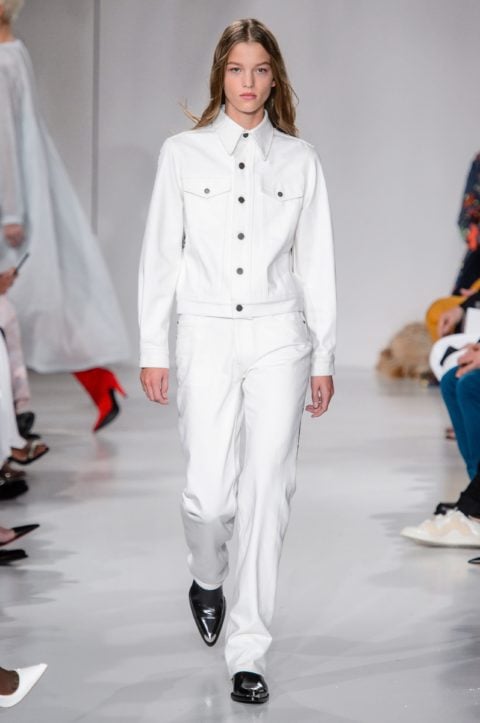