What’s in your bag, Jeanne Beker?

For those of us who came of fashionable age by the television set in Canada, Jeanne Beker is it. Trailblazing the industry since the launch of FashionTelevision in 1985, she is without a doubt the country’s most recognizably fabulous face. Known for her bestie status interviews with the likes of Karl Lagerfeld, Beker has often been referred to as pioneer, renegade, genius and trendsetter—-they’d all be accurate. Her omnipresent fashion presence has inspired many careers and since FT’s tearful end last year, she hasn’t stopped. Beker still covers major fashion events for E! News and designs not one but two collection, Edit by Jeanne Beker work wear and Fysh by Jeanne Beker optical.

Solidifying her impact, Beker currently covers the latest issue of Worn Journal, which features a gushy profile inside. To boot, she’ll down with Worn editor Serah-Marie McMahon at Type Books (883 Queen Street West) in Toronto next Thursday August 29 at 7pm.

So, what does a fashion icon carry with her all day long? Peep inside Jeanne Beker’s chic Louis Vuitton Alma bag to find out! 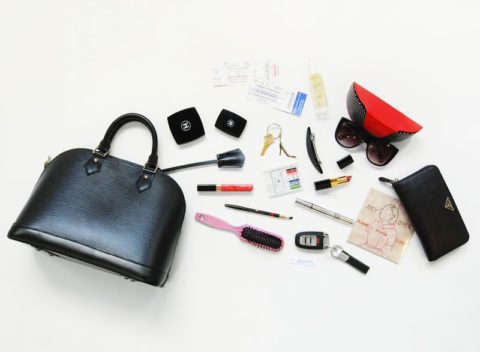 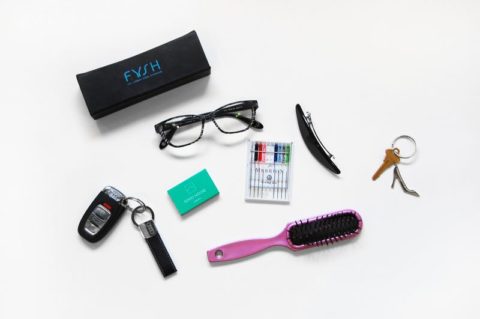 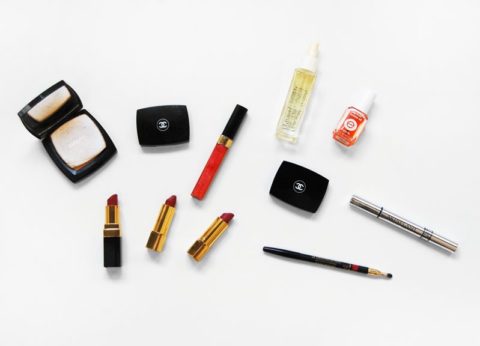 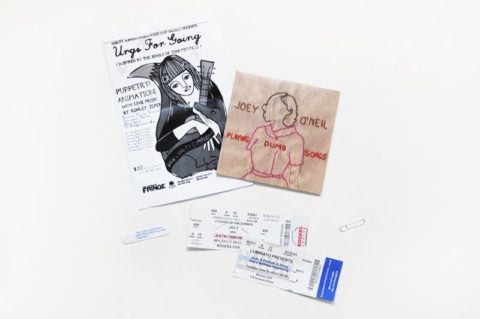 This is the Alma bag and it’s so classic. It’s such a great size because Louis Vuitton bags comes in 3 different sizes and that one is sort of just in the middle. I find this bag is a great day bag for everyday. I love the leather. It’s so classic. It’s so understated. It’s a great design. It’s never going to go out of fashion. You know, it’s an investment bag but it’s one that I’ll have forever. And people covet it and that’s always nice.
a great no nonsense wallet. And sometimes you can just carry it out on it’s own. It’s almost like a little mini chic clutch. So anyway…that’s that.

Glasses: This past year I launched collections for both reading like prescription glasses and for sunglasses. The sunglasses are at the Bay and on shop.ca and are just fabulous. And they come in great cases. The one pair that I have with me today is not in the stores yet but in the next spring collection. And yes sunglasses I must have like 300 pairs. Really a lot of sunglasses, just like a lot of shoes. I think women need a lot of sunglasses because it’s the first thing people see when they look at you and jive with different outfits and different sensibilities. Retro vibe or modern or they’re ultra glam or a little more conservative. It’s just so much fun to play with sunglasses.

Sewing kit: The little sewing kit from Merrion Hotel. The Merrion is like one of my favourite hotels in the world. And it’s where I stay when I go to Dublin to visit my friend and designer Louis Kennedy whose gorgeous shop is just around the corner from the Merrion Hotel. So I always collect actually the little sewing kits. They are in the hotel room. I say take them because you never know. I remember I was on my way a Chanel show actually in Versailles last summer in a little black dress and my dress ripped in the car on the way to Versailles. I’m sewing it up. So thank god for hotel room sewing kits.

Matches: And I guess that’s an old package of my matches I picked up at Soho House. I’m a member of Soho house and I love it in Toronto. I spend a bit of time there. I’m not a smoker so it’s not for smoking. It’s for lighting candles.

Lipstick: I wear a lot of Chanel lipsticks. Unfortunately, my absolute favourite Chanel lipstick, Rouge Orage #23 has been discontinued. I have one left that is my most precious lipstick. That’s probably the last #23 lipstick on the planet. And then I have you know usually a couple of others that I never leave home without a lipstick or three.

Cake Eyeliner: I’m wearing everyday of my life since the ’60s. I kid you not. I just always have worn it whether it’s in style or not. I don’t care. I just like that black outline around my eyes. So luckily, Chanel makes a really great little cake eyeliner and I usually have if not one little compact in every bag or sometimes 2 because I’m so paranoid about leaving home without my cake eyeliner.

Powder: And of course the Chanel face powder because those of us that works in television are worried about our shiny shnozzes.

Dior Skin Flash: I know I have mostly Chanel products in there today and I do love my Chanel products. But without question, Dior makes great products too and I usually have one Dior lipstick floating around…I guess it didn’t make it into today’s bag. But Skin Flash is a great product because it’s an illuminator kind of highlighter that you put it on your shadowy zones and it sort of gives you a lift. I always like to have a skin flash.

Rodin Oil: I get it at Gee Beauty and it’s just wonderful. Sometimes you just feel like you’re dehydrated and for me especially with all the flying that I do and traveling around. Sometimes I don’t get home or get to a place in the middle of the day where I can freshen up, so I put little dabs of it on top of my makeup. It immediately gives you that dewy feel and I really love the way it makes my skin feels. I use it rather sparingly. It’s really expensive. It’s very precious. I love the smell of it too.

Urge For Going flyer: My daughter Becky O’Neil recently staged a wonderful show as part of the Toronto Fringe Festival played in Montreal Fringe Festival. She’s a puppeteer and she’s a performer so she also starred in it with a cast of wonderful people and a great musician by the name of Ronley Tepper. It was a show that my daughter and her husband co-directed and her husband Keith Delprincipe produced it. And the puppets were fantastic and there was a lot of animation in it because Becky and Keith are both studying animation in Concordian University so it was interdisciplinary based, inspired by Joni Mitchell. And I was lucky enough to see it 3 times and one of the times I brought Bernie Fiedler with me who ran the River Boat. He used to own the River Boat in Yorkville back in the ’60s where I first saw Joni Mitchell in about 1967 when I was about 15 years old, so it was incredible to bring Bernie with me and sit there with him as we watched my daughter pay homage to Joni Mitchell. Yeah…that was great.

Luminato ticket: Well actually the week before the show opened I have been to see Joni in Luminato and I had my other daughter who’s a singer-songwriter with me and Bernie took us backstage to meet Joni. So I told Joni all about my daughter Becky’s show that was coming to the Fringe and she of course couldn’t be in town but she said to send her a DVD of it. So we shot it and we’re going to send that to her. Yeah so that was great. Still probably have the ticket…it’s funny some concerts I go to or some shows I go to you just get rid of the tickets, but some that have special meanings for you I sort of keep but I don’t actually have a physical scrapbook but I sort of have this…well I guess my purse is a virtual scrapbook…certain things that you know you sort of hang onto for a little while longer. I may never get rid of it. I’ll probably eventually retire it to some old jewellery box somewhere.

JT & Jay-Z ticket: Even that Justin Timberlake Jay-Z concert ticket from just the other night is in there because that was just sort of leftover from the other night. I was there to see their show at the Rogers Centre. And that was fun.

CD: I always like a copy of my daughter’s CD around. It’s actually a EP 5 original songs that she did. She’s living in the Dawson City in the Yukon now doing her thing up there. Being a musician and among other things and I miss her madly and it’s always just nice to have her music with me but that’s a more brand new copy in case I meet someone because you never know because mothers have to promote their kids. And I do it very proudly and very eagerly. I’ve given a copy of that CD to Bono’s wife backstage at a fashion show. It’s always nice to have copies of CDs with you. You never know who you could run into.

Fortune: We always love getting our fortune cookies at the end of our Chinese meals. I don’t know how this was stuck in the bottom…it resonated so I hung onto it. “Your home is a happy place from which you draw happiness.” Suitable for framing.

Photography by Matthew Baldaia
Get the best of FASHION in your inbox Thanks for signing up!
The latest fashion, beauty and celeb news delivered right to your email #FASHIONforall Now, check your inbox to complete your subscription
We won’t ever use your email address for anything else
Want even more FASHION? Follow us on social media.