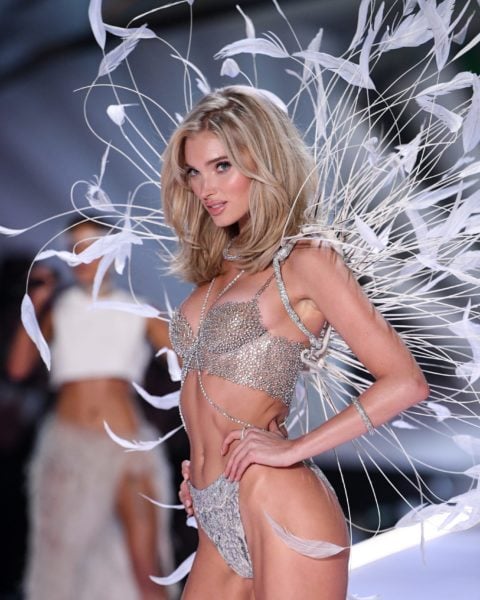 Raise your hand if you grew up absorbing images of lithe, long-limbed models with net zero body fat clad in gravity defying push-up bras, then looked down at your own sad sack of meat flesh and cued up a sad song played by the world’s tiniest violin in your head. Almost everyone? Thought so.

Since its inception in 1995, the Victoria’s Secret fashion show has been making women feel inadequate about their bodies under the guise of ‘aspirational’ marketing, and after this year’s fiasco with chief marketing officer Ed Razek admitting that Victoria’s Secret will not hire trans or plus size models because the show is about “fantasy,” it appears tides are finally shifting away from unbridled support for the annual runway show, which will be broadcast on television December 2nd.

According to a study done by curve retailer Simply Be, a whopping 89% of women don’t feel represented by mainstream media like the Victoria’s Secret runway show, to which we say, that’s all?! The statistic comes from a report comparing data about the average Victoria’s Secret Angel to the average American woman and the results are staggering, if not exactly surprising.