All about VFiles, the new group of fashion freedom fighters bringing democracy to the runways

In the past, it has always been a front-row scandal, a socio-political gimmick or some celebrity designer’s last-minute show that made headlines during New York Fashion Week. It was mainly musicians, TV stars and celebutants (or their mini-mes)—from Kim to Kanye, the Beckhams to Beyoncé—who stole the style spotlight, confirming our collective obsession with all things surreal. This year, however, during the first major show of NYFW Spring 2016, a generation of non-stars had everyone talking. It was an over-the-top runway extravaganza, which included a killer dance crew, BMX tricks, a soundtrack spun by A-Trak and a cameo by hip-hop group Migos. Then there was the fashion itself: edgy, elaborate looks ranging from yellow-fur ballgowns to emoji-printed wings urging audience members to “Think Outside the Cocks.” Welcome to VFiles Runway—a crowd-sourced fashion show that’s opening doors for some of the world’s most talented young designers. Dubbed the “new crop of cool kids” by Vogue, these underground talents are breaking all the rules and trying their hardest to lead the industry in a new direction.

“We’re a young, forward-thinking community,” says Melbourne-born, New York-based VFiles founder Julie Anne Quay of her burgeoning empire. It has a substantial population (90 per cent of users are under the age of 35 and 70 per cent are under 24) with nearly 150,000 members on its online platform. VFiles is part social network, part fashion show, part showroom, part street-style cinema, part label, part e-commerce site and, recently, part bricks-and-mortar shop (located in New York’s SoHo). Members include aspiring designers, models, stylists, hair and makeup artists, photographers, DJs, producers and general fashion enthusiasts—all of whom are given a platform to showcase their talents and support one another with comments, follows and “likes.” “Our platform is not curated at all,” says Quay. “It’s a fashion democracy because we don’t believe that one person is more talented than the next.”

Unlike a Project Runway or CFDA/Vogue Fashion Fund show, VFiles aims to attract a more cutting-edge demo, one that is deeply connected to the art, music and digital worlds. Many 20-somethings are having their first fashion epiphanies on the site, and these modern thinkers seem to be less concerned with Anna Wintour and more aligned with building their own unique brand on their own terms. Of course, TV shows like American Idol have been empowering the public to decide who’s worthy of our attention for years now, but VFiles gives young hopefuls a more accessible route to stardom because it’s an all-encompassing venture with few rules (anyone can join). There’s an innate cool factor to VFiles. Whereas Idol is just as much about Super Bowl halftime show-style performances as it is about discovering the next big commercial thing, VFiles takes a more organic, low-key approach that’s not catered to the mass market.

Quay, a former executive editor at V magazine, launched the site in 2012. She was looking to create a place where fashion people could share ideas and resources, and communicate with one another in a way that extends beyond print. She was tired of the notion that fashion is only enjoyed by a small, exclusive and elitist circle. “I grew up as that person

looking in from the outside, but fashion shouldn’t be about what’s in or out,” says Quay, whose career includes stints at Vogue and working as studio manager for photographer Steven Meisel. “The current generation doesn’t feel that they have to conform to anything. VFiles represents the idea that there are no longer rules that you have to play by. Our message is you can be whoever you want to be, whenever you want, and that’s OK.”

With 1.5 million page views per month, it’s clear that VFiles is starting to influence the fashion world at large—attracting many millennials, and millennial-thinking crowds, who don’t feel connected to the traditional runway system. The current generation of style-seekers doesn’t sit around waiting to be told what or who is cool; instead, they’re taking matters into their own hands. “These days, people are their own heroes,” says Quay. “If you look at designers like Armani or Valentino, they’re amazing talent, [but that] heroism is created by billion-dollar ad campaigns and production budgets. With the VFiles platform, you can jump through those hoops by doing great things and using social media tools to build your own brand. It’s thanks to technology that you can connect to people globally on subjects you like.” In other words, your platform can do the networking and representing for you, allowing kindred spirits to connect without the need for ad dollars.

Canadian blogger Anita Clarke, who founded the fashion blog I Want-I Got back in 2005, credits online content creators as the first to break down barriers and make fashion more accessible to the masses. “VFiles is another step in the direction that fashion is headed, where you can crowd-source everything, cut out the ‘experts’ and go directly to the people. They’ve hit the sweet spot,” says Clarke. “I can’t imagine it happening in any other era but now, where information is so readily available to everyone who has a computer or even a [smart]phone.”

One of VFiles’ biggest accomplishments to date is providing a platform for aspiring designers to showcase their collections. For Spring 2016, Quay says she received thousands of submissions to show at VFiles Runway. The difficult part was narrowing it down to just five winners, selected by Quay and a prestigious panel of mentors (Rihanna’s stylist Mel Ottenberg and Calvin Klein menswear creative director Italo Zucchelli were among them). “We definitely take into consideration how many ‘likes’ people have on their profiles,” Quay says, adding that next season they’ll pick one designer to show based on likes alone. But it’s not just designers who are getting their big break at fashion week; everyone from models to hair and makeup artists to photographers are sourced via the site—many of them under 20.

“[Designers] still need to be making things that people will want to wear or that people will talk about. It has to be newsworthy,” explains Quay, an early adopter of labels such as Jeremy Scott. One such chosen designer is 25-year-old David Ferreira,

“Only four months after graduating, I was showing my first collection at New York Fashion Week. It was full of press,” recalls Portugal-born Ferreira. “I believe it is the best start any new designer could have. I had the team from VFiles guiding me along the way. They see the potential.” Ferreira’s collection is now on display at the VFiles Third Floor showroom in SoHo, a growing incubator for emerging talent. The designer says other unnamed showrooms interested in “stealing” his collection away have already approached him.

Past VFiles Runway alum have garnered attention over the years not just from fellow VFiles members and the press but also from key industry players. Comme des Garçons founder Rei Kawakubo, for instance, bought Andrea Jiapei Li’s graduate collection to stock at the revered Dover Street Market, and Shayne Oliver’s cult label Hood By Air is a favourite among celebs like Drake, Kanye West and A$AP Rocky.

Li, 26, credits VFiles for giving Namilia large-scale exposure that wouldn’t have been possible if they had gone out on their own. “We’ve been on VFiles since the beginning, back when we were students at London’s Royal College of Art,” he says. “This space is progressive and democratic. It feels like we’re all working together on something big.” Indeed they are. As Quay puts it: “The future of fashion has no kind of uniform conformity; it’s very individual and very free.” 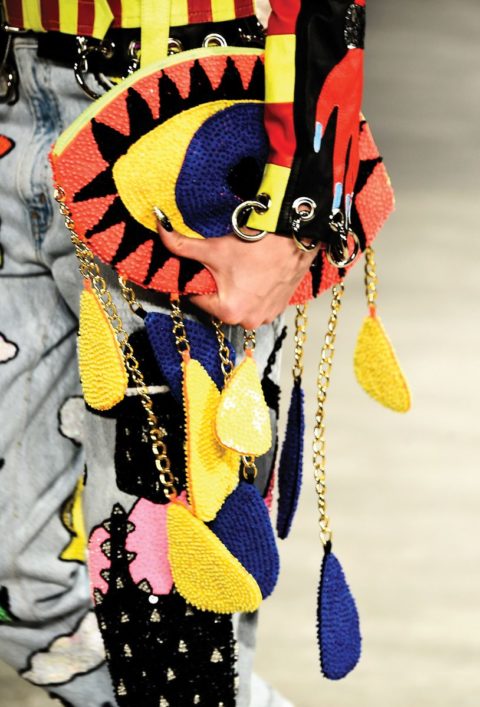 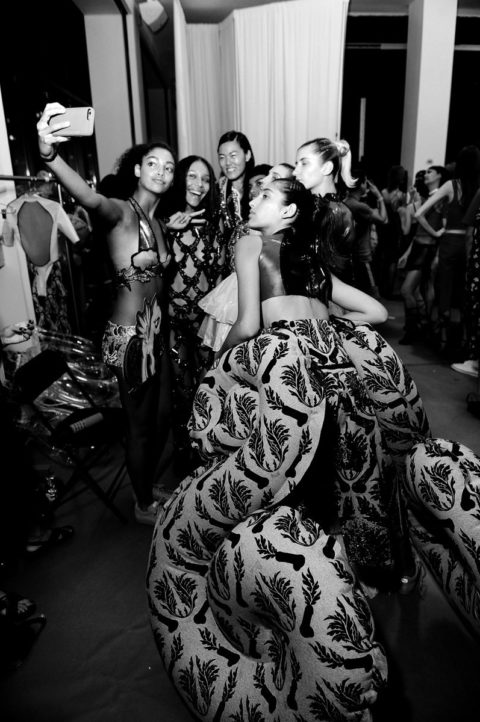 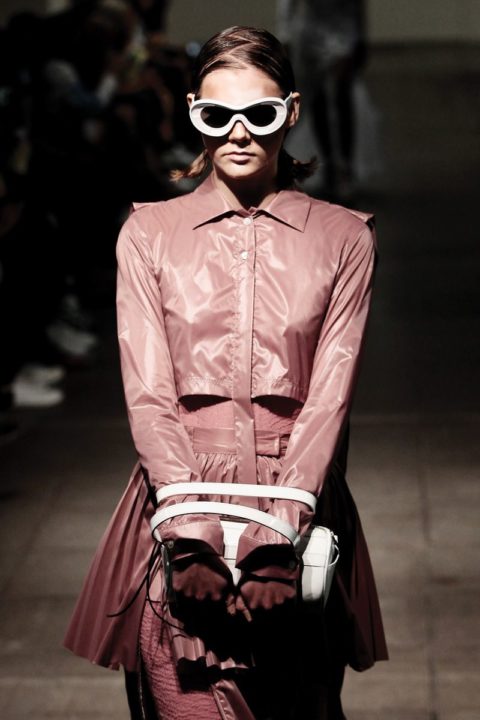 Photography by Joe Kohen/Getty Images for NYFW: The Shows 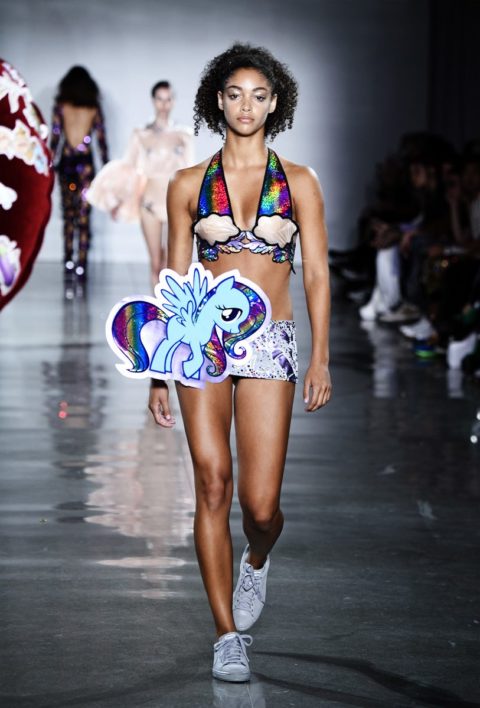 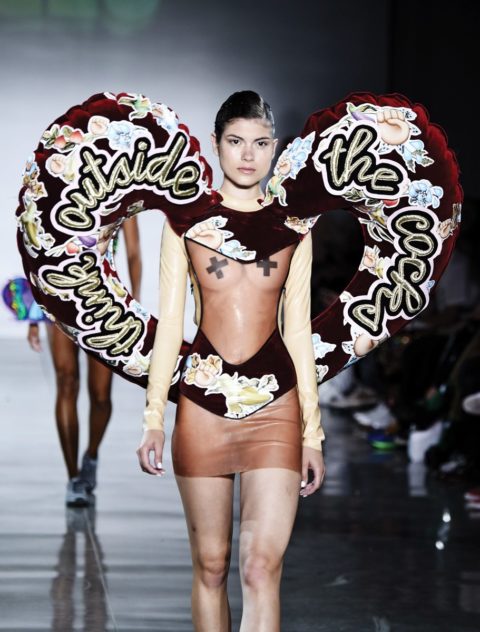 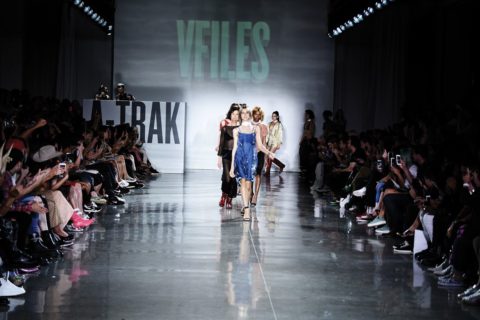 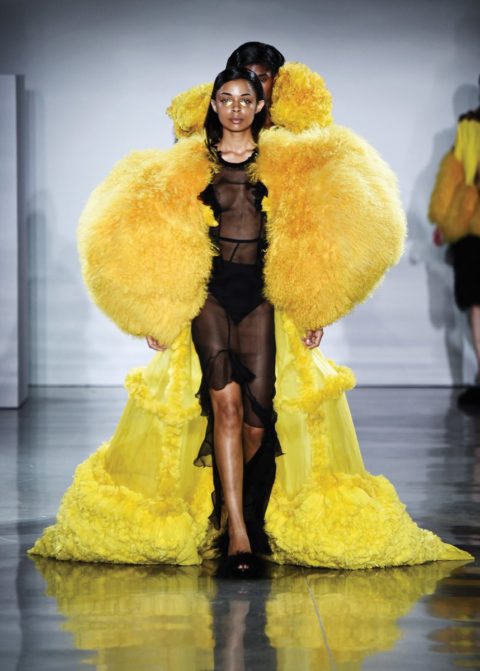 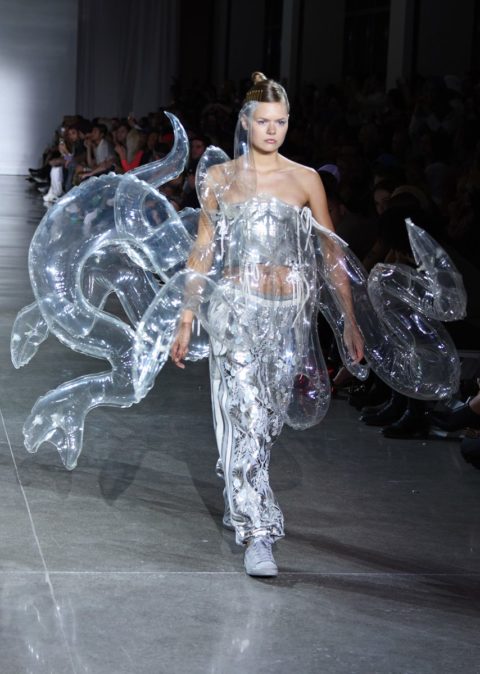 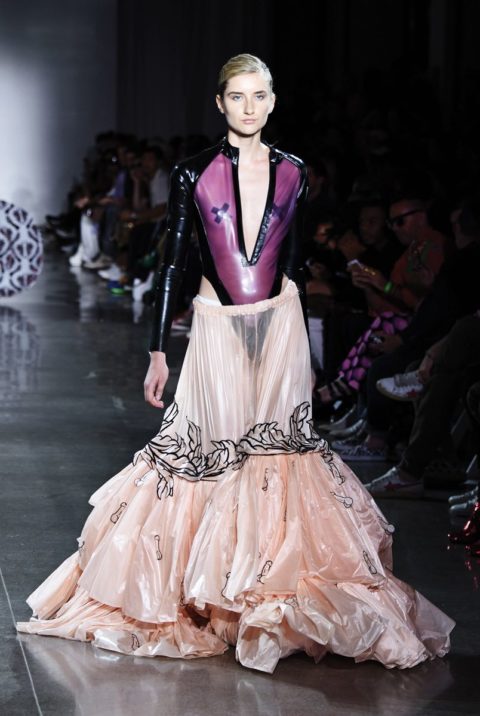 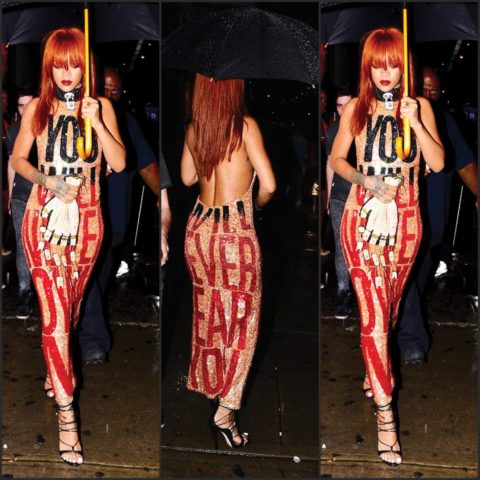 Photography by Albert Urso/Getty Images
Get the best of FASHION in your inbox Thanks for signing up!
The latest fashion, beauty and celeb news delivered right to your email #FASHIONforall Now, check your inbox to complete your subscription
We won’t ever use your email address for anything else
Want even more FASHION? Follow us on social media.