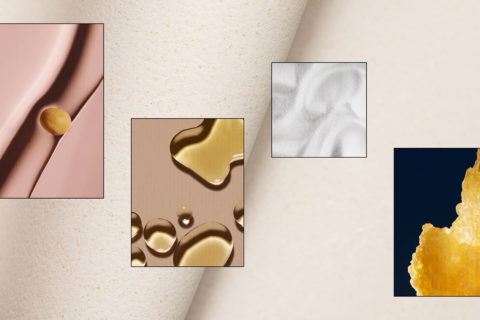 What was once known as ‘pleather’ isn’t as eco-friendly as we’ve been made to think. Luckily, a handful of brands are out to change that.

When the term “vegan” was first coined in 1944, you’d have been hard pressed to find a soy-based cheese in your local grocery store. But today, with more vegan restaurants, brands and products popping up everywhere, commitment to a plant-based lifestyle has become increasingly accessible — and popular, especially among Gen Z. But while it’s been proven that vegan diets can lower our carbon footprint, the case is a little more complicated when it comes to vegan fashion.

Vegan leather, which was once considered a cheaper material and derisively labelled “pleather,” got a rebrand about a decade ago when brands started marketing it as a more ethical alternative to leather. Some of the first beloved fashion houses that helped popularize its use include Stella McCartney and Nanushka, a Budapest-based label that’s known expressly for its soft vegan leather. Now, the vegan leather industry — with its applications in fashion, footwear and upholstery — is reportedly set to be worth a whopping $89 billion by 2025.

According to Kering’s 2018 Environmental Profit & Loss sustainability report, the environmental impact of vegan leather can be up to a third lower than real leather, and that’s significant when compared to the fact that, according to PETA, over a billion cows, pigs, goats, sheep, alligators, ostriches, kangaroos and even dogs and cats are slaughtered for their skins each year globally. Turning that skin into leather also has a significant carbon footprint and requires a “toxic brew of chemicals” — including mineral salts, coal-tar derivatives, formaldehyde, oils, dyes and finishes, some of them cyanide-based. Tannery waste itself contains water-fouling salt, lime sludge, sulfides, acids and many other pollutants.

With this information, it’s understandable that increasingly informed and discerning consumers have been easily sold on leather alternatives. But, there’s a catch: while better, these materials aren’t exactly good for the earth, either. The most commonly used pleathers are made of petroleum-based plastic, and come in two forms: polyvinyl chloride (PVC) and polyurethane (PU). Fossil fuels like petroleum are not only toxic to humans, but also contribute to climate change. PVC also releases highly toxic dioxins during its production, use and disposal and is considered by Greenpeace to be the most environmentally damaging of all plastics. And, according to the World Health Organization, during the manufacturing and disposal of these materials can cause reproductive and developmental problems, damage the immune system, interfere with hormones and also cause cancers.

To top it off, neither PVC nor PU are biodegradable, which means they’re likely to spend years in a landfill releasing toxic gases. In fact, according to Canada’s Waste Reduction Week, 85% of North Americans’ clothing ends up in a landfill, which amounts to over 10.5-million tons. It’s worth noting, too, synthetic fibres from clothing are one of the biggest sources of micro-plastic pollution in our oceans, and they shed even while we’re wearing and washing them.

Hana Kajimura, sustainability manager at eco-friendly footwear brand Allbirds, says vegan leather has always been a bit of a “false promise” in the sense that its name suggests it’s a sustainable material when its most common iterations are petroleum-based plastics. She adds, “The footwear industry disproportionately relies on synthetics for the materials that it uses, so most of the shoes we wear are made from plastic and plastic comes from oil.”

Allbirds already uses renewable resources like wool and eucalyptus fibre, as well as recycled plastic laces for their celeb-beloved sneakers, and later this year it will release its first plant-leather product, which has been several years in the making.

“This was really about rediscovering and reintegrating natural materials into this industry that had become too dependent on fossil fuels,” says Kajimura. Made from vegetable oil, natural rubber and other bio-ingredients, the material — called Mirum — is entirely biodegradable and naturally pigmented, and is set to be the first 100% natural, plant-based leather on the market. Allbirds says it has 40 times less carbon impact than real leather and 17 times less carbon than synthetic leather made from plastic. It’s the output of a $2 million investment Allbirds made to support innovation firm Natural Fiber Welding, Inc., an Illinois-based company that uses clean technology to create and enhance plant-based textiles.

The Allbirds team says the new shoe they’ve designed using this material is not only the most durable they’ve ever made, but they also describe the plant-based “leather” as a soft, supple, easy to clean textile that can take on various aesthetics thanks to its ability to take on different textures and finishes.

The company’s hope is that the product and the new material will encourage other brands to follow suit and focus more on eco-conscious innovation as a better solution for all.”Allbirds is on a mission to reverse climate change through better business, which means that we have to imagine a world in which we emit zero carbon, or hopefully negative carbon,” says Kajimura. “To do that, we need to focus on materials because that is the biggest source of emissions for any fashion brand. And within materials, we have to imagine that they can be carbon negative. This investment in this new material fills a new market need, it’s unlocked a new category.”

For Toronto-based cruelty-free womenswear designer Hilary MacMillan, these types of innovations are a welcome addition to a global textile market that until recently did not offer many truly ethical options. “Being a small company, [I] only have access to what the mills have made available,” MacMillan says. “We [as designers] don’t get to lead the development of materials, we have to work within what’s available to us and push our mills to look into alternatives and encourage them and tell them that the demand is there.”

After searching “high and low,” MacMillan says she was able to source vegan leather material for her spring 2021 collection that is dimethylformamide-free and made entirely from recycled plastic, polyester, nylon and cotton, even down to the linings she used. “We’re fortunate this season that recycled leather became an option for us, it’s just a better form of vegan leather than what we were using in the past.”

Her collection includes several items in the innovative textile, such as a shawl collar blazer, trouser, pleated hem dress, shacket, drawstring skirt, cropped jacket and cord tie trench. Each piece is buttery soft and MacMillan says it’s also just as durable as traditional vegan leathers, which tend to be thicker but had limitations to how they could be applied.

MacMillan says that in additions to being “very engaged in finding alternatives that are better for the environment in real ways,” she thinks carefully about a material’s “end of life.” She explains, “It’s about where your products are going when they’re finished. We’re looking at that from a business standpoint, making sure we’re producing so there’s never any excess, which is especially tough for small businesses because there are minimums you have to meet.”

But the work is worth it, says MacMillan who, like the Allbirds team, operates from a collective conscience in hopes that the same will be the case for even more fashion brands in the near future. “It’s really important to me to be in the vegan space, start a conversation about finding better solutions and being aware of our waste and overproduction — for us, for the consumer and for the world.”

Image courtesy of Allbirds
Get the best of FASHION in your inbox Thanks for signing up!
The latest fashion, beauty and celeb news delivered right to your email #FASHIONforall Now, check your inbox to complete your subscription
We won’t ever use your email address for anything else
Want even more FASHION? Follow us on social media.