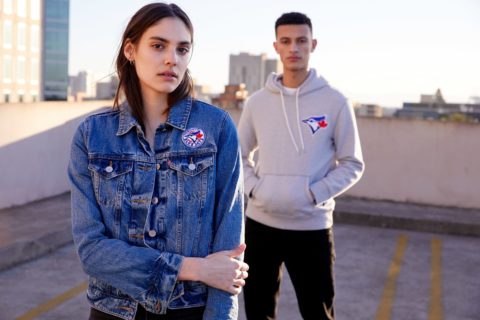 What to Wear to Bandwagon the Toronto Blue Jays This Season

Hint: keep it subtle in case they end up in an extended losing streak

If you’re a part of the 49% of Toronto sports fans who, according to a survey conducted by the University of Lethbrige, follow the Toronto Blue Jays “very closely” or “fairly closely,” then you probably already have a closet busting with team apparel to pick from when you feel like showcasing some baseball pride. However, if you’re like me and your interest in sports barely passes the muster unless the team seems to be doing well – ahem, a “bandwagoner” if we’re going to go there, but who needs such a perjorative? – then it’s doubtful you have the requisite Blue Jays merch to fit in while attempting conversation about innings and bat flips.

Thankfully,  Levi’s has come to the rescue with a line of retro jean jackets and sporty hoodies that feature understated Blue Jays patches; perfect for the casual fan who wants to display a subtle alliance when the team is doing well, but isn’t too glaring if the team happens to have an extended losing streak.

While the denim trucker jacket is only available at select Jays Shop locations, all other pieces will be available at  select Levi’s retail stores in Toronto, levi.com, select Hudson’s Bay stores, and JaysShop.ca on March 29th, the same day as the Toronto Blue Jay’s home opener.

Click through to view the Levi’s x Toronto Blue Jays collection below. 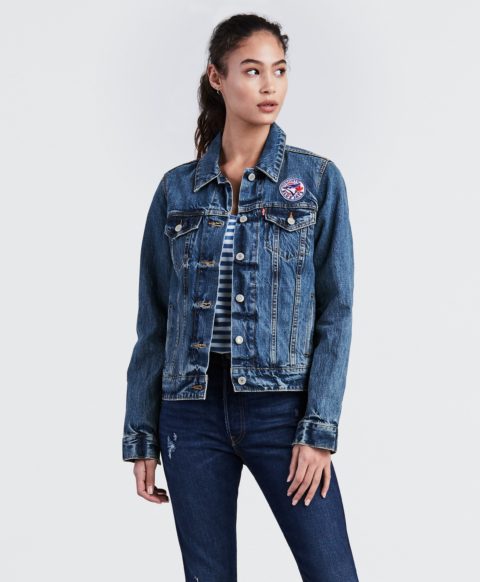 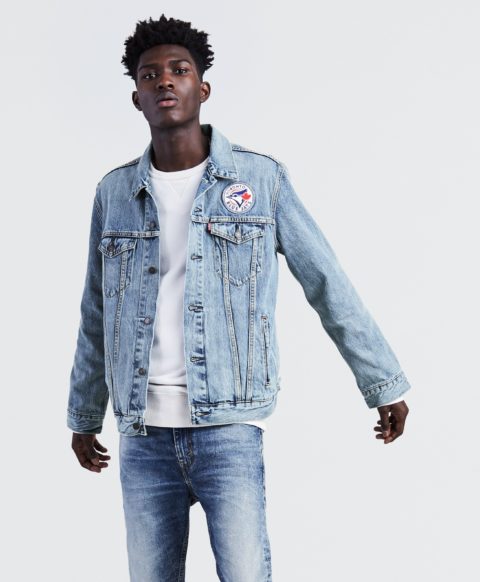 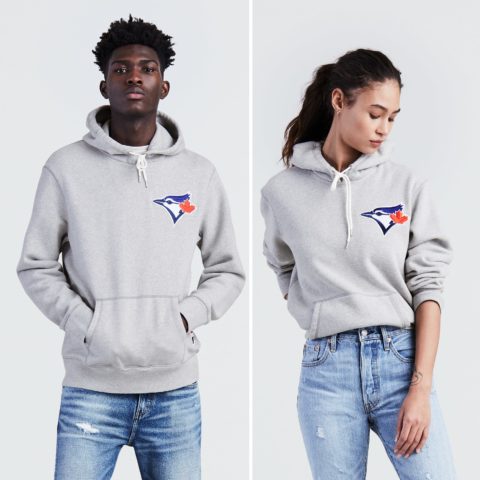 Logo Hoodie for men and women

Photography Courtesy of Levi's
Get the best of FASHION in your inbox Thanks for signing up!
The latest fashion, beauty and celeb news delivered right to your email #FASHIONforall Now, check your inbox to complete your subscription
We won’t ever use your email address for anything else
Want even more FASHION? Follow us on social media.