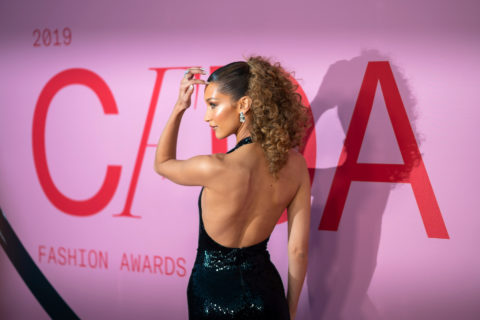 The Nominees for the 2020 CFDA Awards Are Revealed

The digital awards will kick off NYFW on September 14.

The Council of Fashion Designers of America (more commonly known as the CFDA) has today revealed the nominees for the 2020 CFDA Fashion Awards. For the first time, this year’s awards won’t have any honoree awards, however two new international awards have been introduced.

The awards were scheduled to be held on June 8, however due to the COVID-19 pandemic, the event was postponed indefinitely. Now, the CFDA has confirmed the event will go ahead virtually on September 14 instead – marking the official start of New York Fashion Week. Speaking of the shift, Steven Kolb, president and CEO of the organization, said, “In lieu of the in-person event, we will be prioritizing new and existing programming to support our designer community during the global pandemic – by redirecting efforts toward next generation scholarships and making important changes to bring racial equity to the fashion industry. The annual gala serves as our largest fundraiser and our hope is to continue raising money to support this work through industry contributions.”

Discover the 2020 CFDA Awards nominees below:

American Womenswear Designer of the Year

American Menswear Designer of the Year

American Accessories Designer of the Year

American Emerging Designer of the Year

Global Womenswear Designer of the Year

Global Menswear Designer of the Year

Catch all the action live on CFDA.com on September 14.

Photo by Michael Stewart/WireImage
Get the best of FASHION in your inbox Thanks for signing up!
You’ll get the latest fashion, beauty and celeb news delivered right to your email Now, check your inbox to complete your subscription
We won’t ever use your email address for anything else
Want even more FASHION? Follow us on social media.