Taylor Swift joined the Hollywood elite this past weekend, gracing the red carpet at Golden Globes 2014.

The country popstar was nominated in the Best Original Song category “Sweeter Than Fiction,” and although she left empty handed, she looked double the winner in two beautiful red carpet looks.

Pre-awards, Swift arrived in a strapless raspberry Carolina Herrera gown that featured a photobomb-worthy train. The Covergirl spokeswoman kept her makeup to a minimal opting for her trademark red lip and topping her look off with Lorraine Schwartz jewellery.

Later on in the evening, Swift went full on vamp for the Instyle/Warner Bros. Golden Globes after party, changing into a sheer crochet body-con dress by Julien MacDonald and black Jimmy Choo sandals. Certainly more risqué than her past red carpet looks, Swift did the tight mini proud.

Which of Taylor Swift’s Golden Globes 2014 looks was your favourite? Vote in our poll! 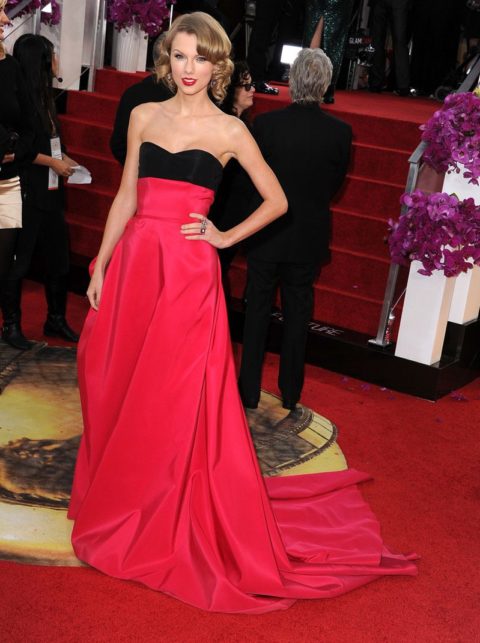 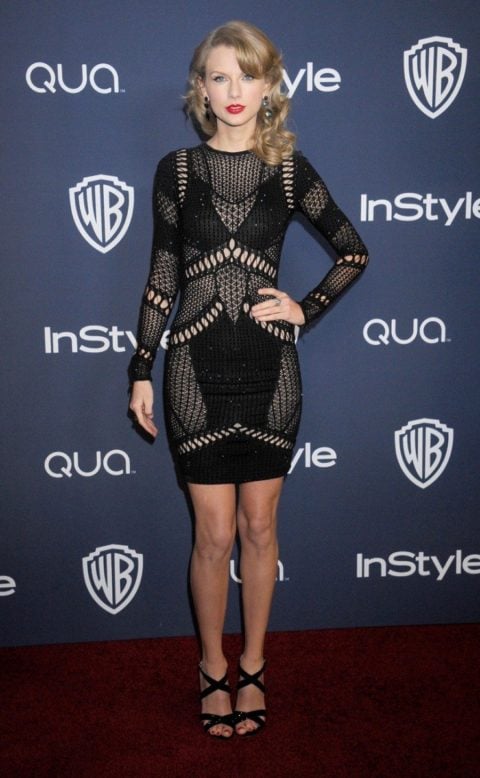 Photography by Gregg DeGuire/WireImage
Get the best of FASHION in your inbox Thanks for signing up!
The latest fashion, beauty and celeb news delivered right to your email #FASHIONforall Now, check your inbox to complete your subscription
We won’t ever use your email address for anything else
Want even more FASHION? Follow us on social media.