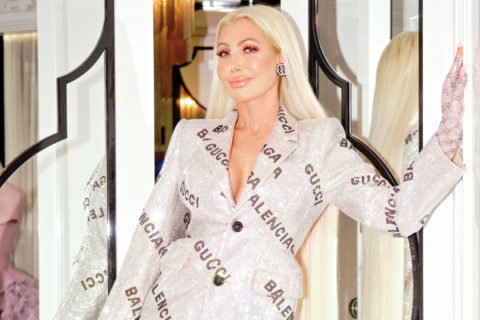 Mantella’s Gucci collection is museum-worthy. “I remember each show, era and season, and every purchase is like a time stamp of where I was in my life.”

Sylvia Mantella’s parents don’t know what to think about her Gucci collection. Now, that’s not to say they aren’t supportive — far from it — but the vice-president of marketing, sponsorship and philanthropy at Mantella Corporation admits that they’re often at a loss for words when they’re confronted by it. “I’m not shy with my fashion, so sometimes my dad just shakes his head at what I’m wearing,” she laughs, referring to her signature 15-centimetre platforms, patterned suits and flower brooches — all made, of course, by Gucci. And considering her humble beginnings, it’s easy to see why.

Although Mantella was born and raised in Toronto, her mother and father emigrated separately from the Czech Republic in 1968. “They had to restart their lives, so we didn’t have a lot of money for clothes when I was growing up,” she reveals. As a result, Mantella would recreate low-cost versions of looks she saw in magazines in an attempt to emulate the style of “any supermodel from the ’90s.”

But despite her early infatuation with fashion, she didn’t become a gigantic Gucci fan until 2015, when Alessandro Michele took over as creative director. “No one was doing anything else like it,” Mantella shares about the now famous Fall 2015 show, which is often credited with revamping the brand and taking the gender-bending fashion movement into the mainstream. “It was so polar opposite of what former creative directors Tom Ford and Frida Giannini did that, at the time, I just needed to process it.” Once the processing was done, the purchasing began. And it couldn’t come at a better time as Michele announced on November 23, 2022, that he’ll be leaving the Italian design house, thus making Mantella’s collection that much more valuable and emotional to the superfan.

Mantella’s closets, of which there are multiple, feel like Studio 54 on steroids. Between the colours, sequins, glitter, sparkle and shine, they’re a visual feast of epic proportions — and just one disco ball away from Saturday Night Fever. But once you get past the sheer volume of it all, you’ll see that the environment is filled with euphoria — and that’s exactly how Mantella likes it. “I get so much joy from seeing all of my items together,” she explains, referring to herself as part collector and part curator of her own mini Gucci museum. “I remember each show, era and season, and every purchase is like a time stamp of where I was in my life.”

Her first-ever piece by Michele was a “Dionysus” shoulder bag from his debut collection. Complete with sparkly lightning bolts, sequined lips and other embellished patches, the purse quickly became Mantella’s go-to accessory, and she claims she used it “every day for a year.” Nowadays, the items she wears most often are her ’70s-inspired Gucci suits. Why? “They make me feel powerful,” she explains. “I sit on a lot of boards with a lot of men, so, for me, wearing a good suit takes my confidence level to a 10.” Extra-high heels have a similar effect. “When I’m wearing a platform, I’m over six feet — taller than most people in the room. It gives me a position of authority, and I like that.”

Mantella also credits Michele and Gucci with the evolution of her style, describing her early years as “super feminine” and her current looks as “colourful, masculine and whimsical.” But the products she purchases aren’t always based on her personal preferences. She also buys certain clothes and accessories based on what she thinks are important to the brand’s history and Michele’s legacy.

So what’s the plan for Mantella’s designer mass? She’s not 100 per cent sure. “I’ll definitely pass a few things down to my kids, and maybe someday they’ll all be donated to a museum or something,” she muses. In the meantime, she will use them as much as she can. “As a collector, you can be scared to wear pieces because you’re afraid you’re going to damage them,” she admits. “But a few years ago, I thought, ‘What am I waiting for?’ So I stopped holding back and started pulling them out.” After all, a little head-shaking never hurt anybody. Right, Dad? 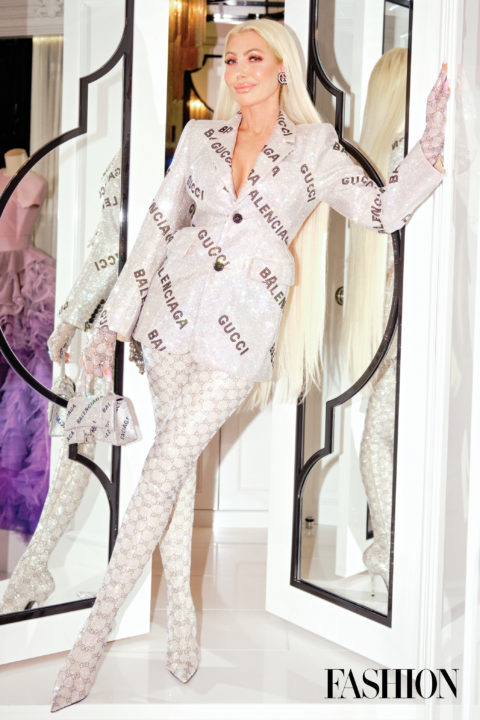 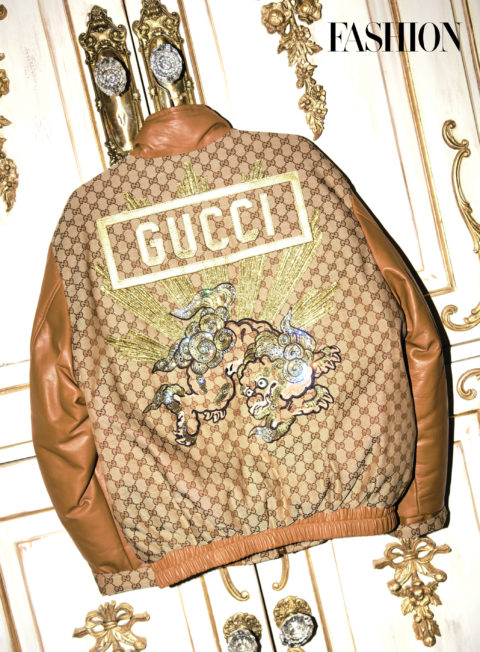 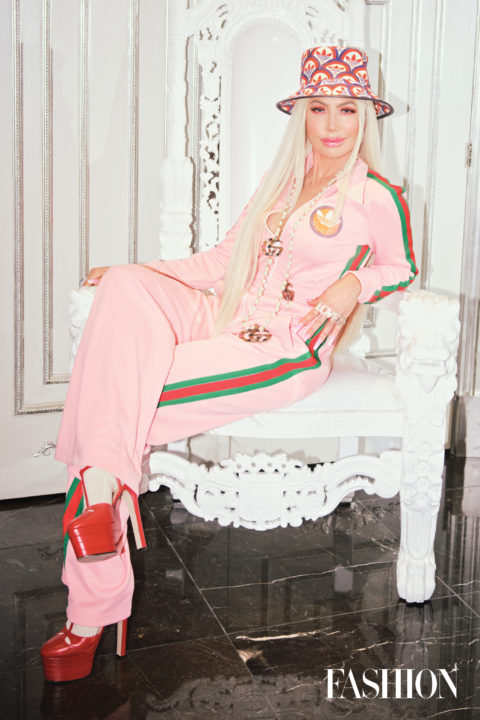 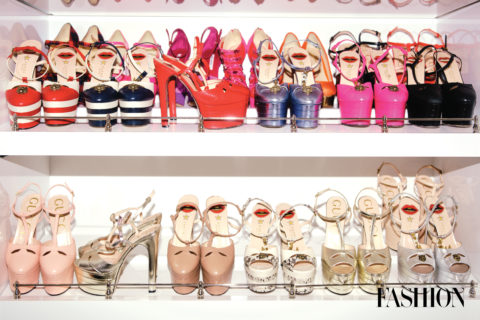 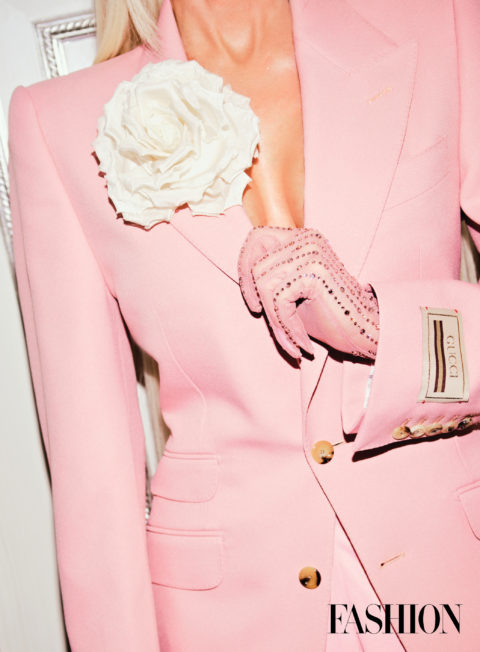 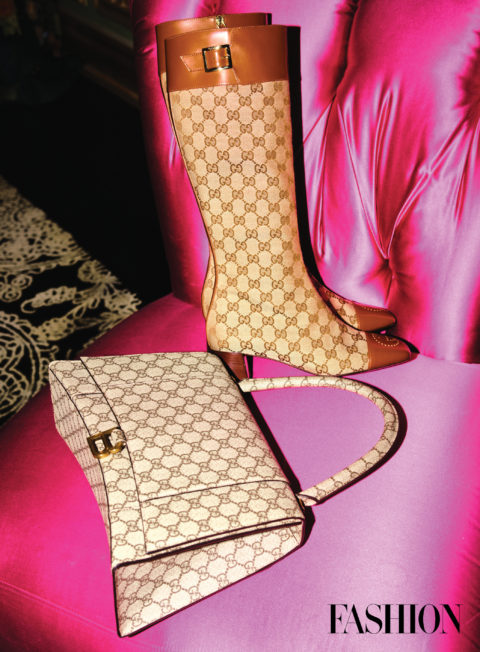 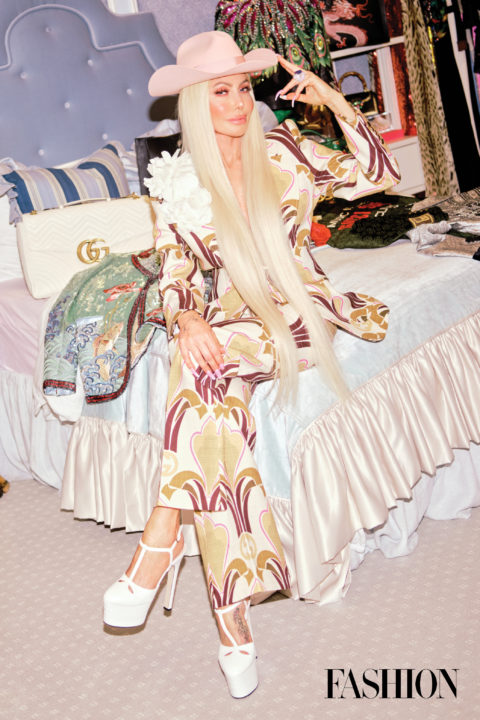 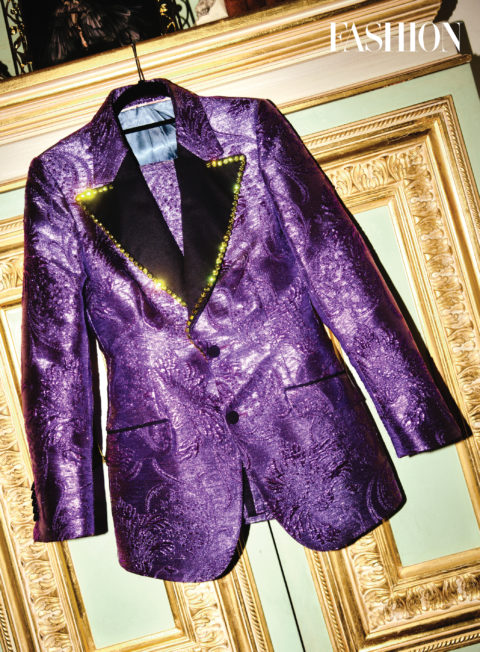 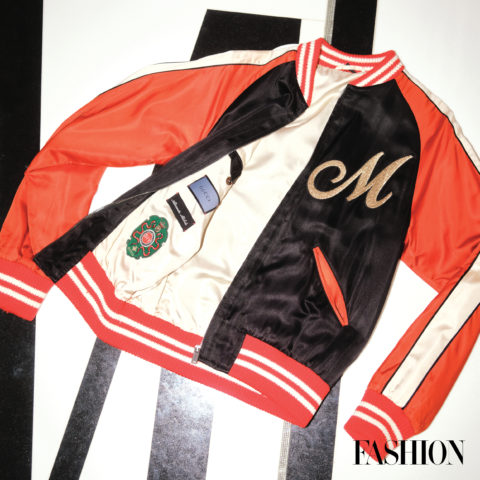 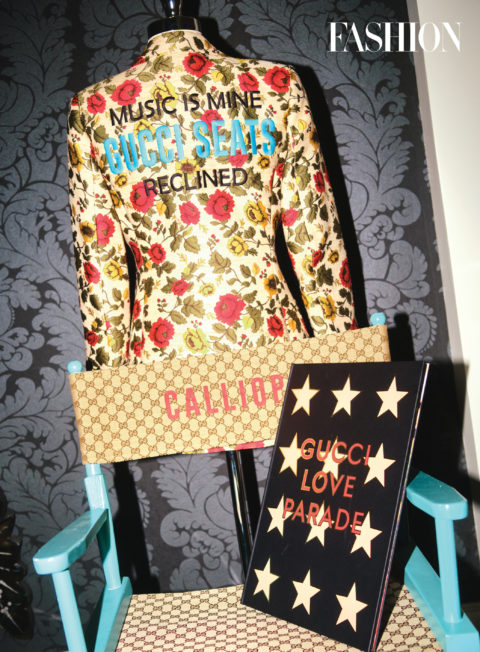 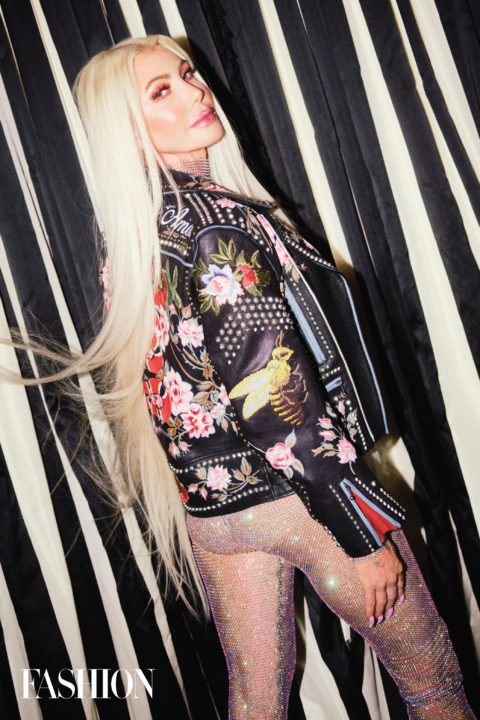 Mantella purchases not only pieces that she personally loves but also items that are important to the brand’s history, like these glittery garments from Gucci’s “hacking” of Balenciaga in the 2021 Aria collection.

Mantella has learned to expect the unexpected with Michele at the helm of Gucci. Case in point: In 2018, the Italian designer released a collaboration with Dapper Dan (a.k.a. “the king of knockoffs”). The streetwear-inspired capsule collection included this bomber jacket.

Gucci is not known for being casual. That’s why Mantella loves this pink jumpsuit from the brand’s collaboration with Adidas, released in mid-2022. “I would totally wear this grocery shopping,” she laughs.

Mantella has every colour and style of Gucci’s “Angel” platforms ever produced. In fact, when the brand discontinued the shoe last year, she bought all the remaining pairs from around the world.

In addition to her assembly of suits and shoes, Mantella’s other stylish signature is pinning a silk flower brooch on her lapel. “I don’t think you’ll ever see me in a jacket without one,” she reveals.

You don’t have to be a Gucci collector to recognize the iconic double-G logo. Although a version of the monogram was created in the ’30s by founder Guccio Gucci’s son Aldo, it wasn’t until 30 years later that the interlocking Gs rose in popularity, and the logo has stayed that way ever since.

“I love the ’70s, but Alessandro Michele makes the decade modern,” says Mantella of this patterned Gucci suit from the Spring 2022 collection. “It’s true to the time but a little more sophisticated.”

What does one wear to meet Alessandro Michele? A sequined purple Gucci suit, of course! “He complimented my outfit,” Mantella recalls. “I said, ‘Well, it’s one of yours’ — to which he replied, ‘I know.’ And that was that.”

“M” is for Michele

This Gucci satin souvenir jacket was only meant to be a sample, but once Mantella saw the big “M” and Alessandro Michele’s name inside, she wouldn’t stop until she got the store manager to sell it to her. “I stayed there for an hour until I convinced him,” she laughs.

All You Need Is Love

After Mantella attended the Gucci Love Parade — the brand’s Spring 2022 presentation on Hollywood Boulevard — in this embroidered suit, they sent her the chair she was sitting on during the show.

“It’s like wearing a piece of art,” notes Mantella of this embroidered leather jacket. “I have tremendous appreciation for the amount of work it takes to make a piece like this.”