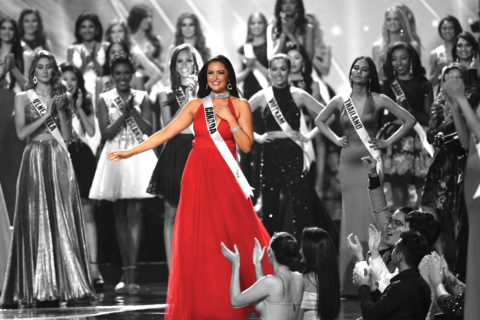 “I was so hungry that I had trouble falling asleep at night."

The last time you filled out a job application, you probably didn’t have to complete a section asking for your height, your weight and a swimsuit photo. But go to the “Become a Contestant” page on the Miss Universe Canada website and there it is, nestled between birthdate and address. It’s astonishing—after years of extended sizing entering the mainstream and the likes of Lizzo and Rihanna celebrating beauty diversity—that in 2022, the famously fatphobic competition still exists. And it’s equally surprising that Siera Bearchell entered the competition at all, let alone used it as a body positivity platform.

Pageants were never on Bearchell’s radar. A straight-A student, athlete and dancer who grew up in Moose Jaw, Sask., she was 15 and heading toward medical school when a candle in her family’s apartment set a tissue box on fire. “I was the first to call 911,” she says. “We lost everything. We didn’t even have renters insurance to help us recover.” Instead, the community rallied around her family, launching fundraising efforts and even putting them up in a hotel while they searched for a new home.

A Facebook ad for the Miss Teen Saskatchewan pageant caught Bearchell’s attention in the aftermath of the fire. “It said, ‘Be a leader in your community today,’ and it appealed to me as I was blown away by the help we had received from our neighbourhood,” she recalls. Shortly after, she entered the competition, winning the title of Miss Teen Saskatchewan, followed by Miss Teen Canada.

Bearchell’s glossy good looks, academic success and desire to make a difference in the world made her perfect pageant fodder. Using her newly public profile, she became an ambassador and volunteer with the Red Cross, speaking at schools and events about disaster preparedness and fire relief, drawing on her own experiences. “It was an opportunity to have a global platform that a girl like me from Moose Jaw would never have had otherwise,” she laughs, adding, “That sounds so hillbilly.”

While Siera Bearchell celebrates Saskatchewan’s sense of community, she has conflicted feelings about the small-town attitude toward anyone “different” as her family felt they couldn’t discuss their Metis heritage. “In Moose Jaw, being Indigenous is something you want to hide,” she explains. “I’m still learning about my ancestry. I feel like I’m an imposter as I’m visibly white but my mom is darker and has more obvious traits. I’m trying to find a way to make it authentic to me.” Even though Bearchell is still exploring her Indigenous identity, she is thrilled to be the first person of Indigenous ancestry to place in the Miss Universe competition. Since leaving Moose Jaw, she has become much more aware of how she can use both her law degree and her public platform to make positive changes for Canada’s Indigenous population.

Authenticity has become a driving force for Siera Bearchell and is something she struggled with as she transitioned from national to international stages and her body began to change. “I went from being that teenage girl who was so skinny that people would tell me to eat a cheeseburger to becoming more athletic and curvy in my 20s.” When she entered the Miss Universe contest in 2013, Bearchell was told she had a good chance of winning if she lost weight. “I was instructed to eat as little as possible, and if I was really struggling, I could have a chicken breast with some greens once a day.”

At the time, Bearchell was balancing her pageant life with her law studies at the University of Saskatchewan and reveals that she often had trouble focusing because she was running on empty. “Some days, I would have a single protein bar, half in the morning and the other half later, and then do hours of workouts,” she recalls. “I was so hungry that I had trouble falling asleep at night. But I believed this was what I had to do to succeed.” And after all that, Bearchell didn’t even make it to being a finalist.

When she looks back at photos of herself from that time, all Bearchell remembers is feeling miserable, despite her megawatt smile and size 0 figure. Naturally competitive, she decided in 2016 that she wanted to enter the competition once again—this time as a healthy, strong size 8, having just completed her first marathon. “I thought, ‘I’ll do this my way,’ she says. “My body might not have been what the pageant world wanted, but I was proud of it. I wanted to be a person people could look up to and wholeheartedly be myself.”

Despite her positive outlook, Bearchell faced an immediate backlash. In the world of pageants, where extra small is the only acceptable size, her mid-size frame (which is largely considered a medium by most retailers) garnered her comparisons to a whale on social media. Body shamers mockingly circulated photos of her in a swimsuit, and she was even accused of promoting obesity. “It was so intense that the Miss Universe committee checked in with me to see if I was OK,” she says.

But rather than breaking under the pressure and negativity, Siera Bearchell decided to combat it on social media by posting affirmations of self-acceptance and body positivity. And while she’s the first to acknowledge the absurdity of a 30-inch waist being considered plus-size, her mission was to shine a light on the unhealthy body standards of the competition and encourage future beauty queens to adopt greater self-worth and self-love.

That year, she won Miss Universe Canada and placed ninth in the global competition. “Body positivity and body confidence became my unintentional platform,” she says. “Yes, I had trolls and faced many nasty comments, but I also had so many people supporting me and thanking me for being myself.” She feels that her success directly reflects the changing values of society. “Now, when you go to the beach, you see all different body types.”

As Bearchell crossed another stage—this time to collect her law degree—she was newly pregnant and knew she wouldn’t be able to pursue law right away. Instead, she started sharing her pregnancy with the social media audience she’d built up during her years of pageantry. “I took on the expectations surrounding women and their bodies during pregnancy,” she says. “I was struck by the fact that after you spend nine months growing a human being, the first thing people start talking about is your body ‘bouncing back.’ You’ve become a mother! You have to love yourself and your child, not worry about losing the baby weight.”

As her baby bump grew, so did her followers, and offers for paid partnerships began to materialize. Bearchell put her law degree to good use, negotiating contracts and brand collaborations. One hundred seventy-six thousand followers later, she has published three e-books, runs mentorship programs with catchy titles like “Do You Want to Win the Crown?” and is a successful entrepreneur. And in the process, she has unwittingly become a fashion icon for her fans. “It took me a while to find my style,” she says. “I’m from a small town where you are scared to stand out.” Citing Victoria Beckham as her style inspiration — “she’s feminine but with an edge” — she loves shopping for timeless pieces and has recently discovered resale, thanks to websites like Poshmark.

Siera Bearchell believes she is making a better, more inclusive world for her three-year-old daughter, Lilly, her baby on the way (in March, she announced that she is pregnant) and the generations of girls growing up with social media. And, indeed, gains are being made everywhere—from the body-conscious world of surfing, where @curvysurfergirl is flipping the bird to the sport’s accepted physique, to high fashion, where brands like Erdem are creating clothes up to size 22. And, yes, Bearchell realizes her current size 6 frame is considered thin. Still, she knows what it’s like to be very publicly criticized for her body’s shape and believes that no one should have to experience the abuse she once did. “The underlying thing I’m passionate about is for women to feel they can truly be themselves, whatever that looks like,” she says. Because no matter our height, weight or size, we’re all so much more than a swimsuit photo.

Swipe through the gallery below to see some of the items on Siera Bearchell’s must-have list, including heritage handbags and brightening beauty products. 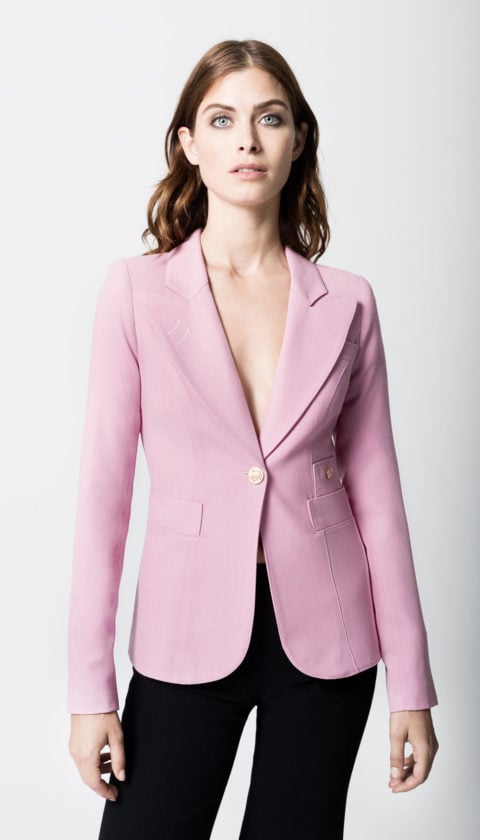 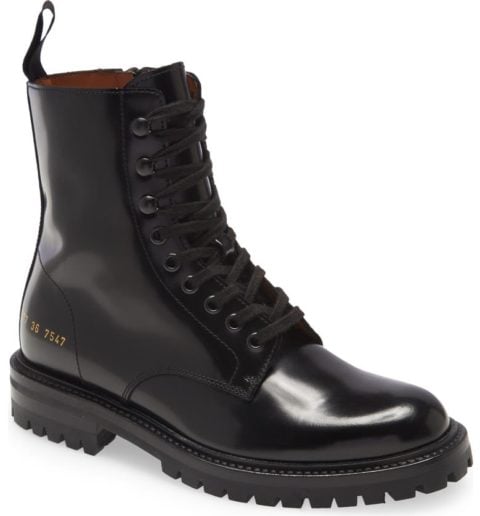 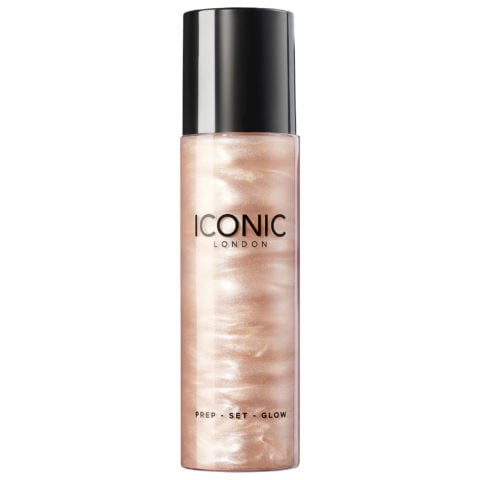 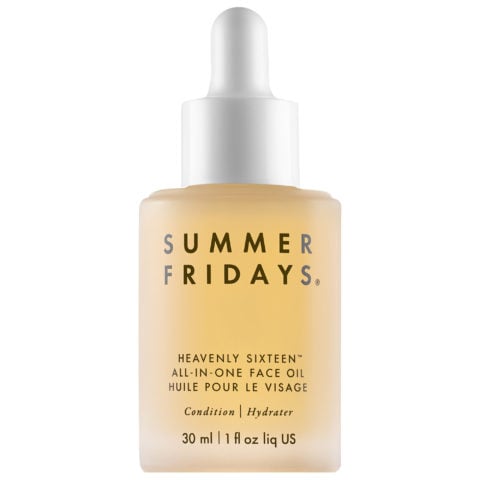 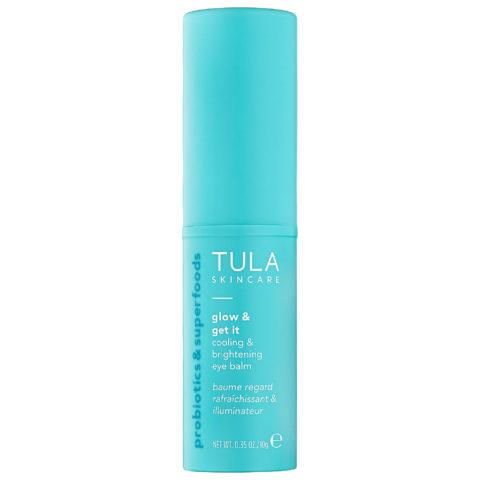 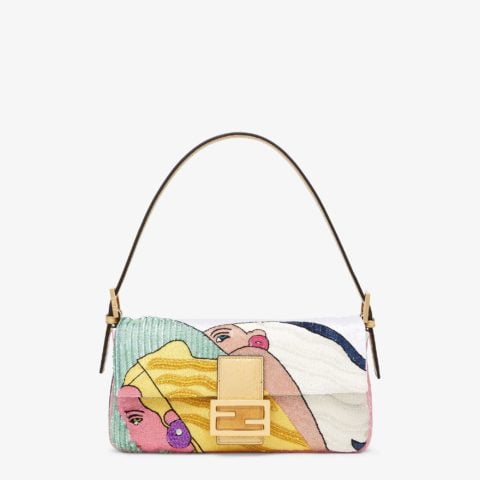 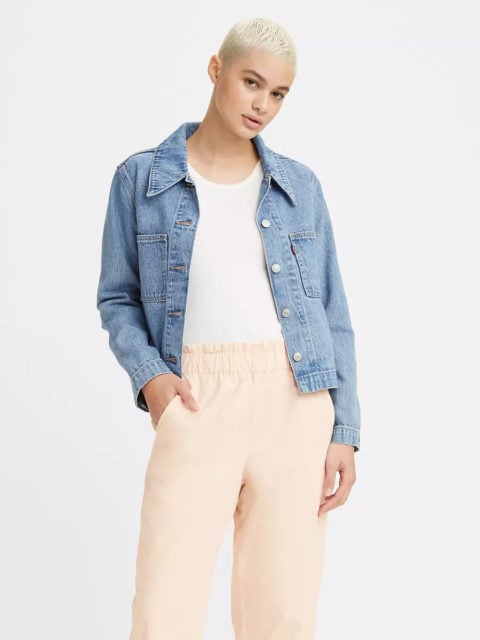