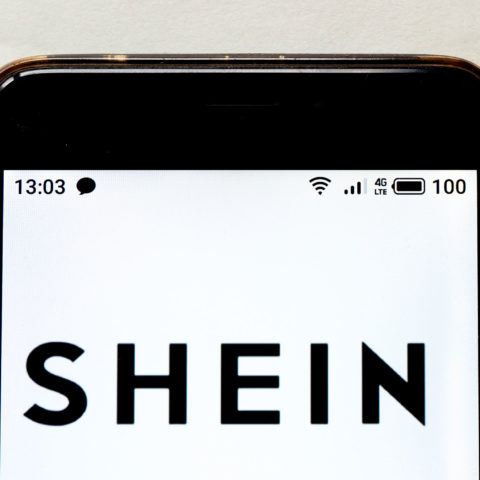 Designer Mariama Diallo spoke out on social media, accusing the brand of copying her dress design. “How can I even keep up?”

To the unfamiliar eye, navigating shein.com is kind of like getting lost in a carnival maze. The flashing deals, the promo pop-ups and the overwhelming amount of subheadings all contribute to the unique experience of using the e-commerce fast fashion site.

Shein’s clothes are cheap — like, really cheap. With countless options and low prices (they have dresses starting at $4), Shein is a magnet for the fast fashion consumer. They’re also never short on merchandise: between 500 to 2,000 new items are listed on Shein’s website every day. It’s a sad yet perhaps unsurprising truth that within this constant influx of new styles are items allegedly copied from smaller, independent creatives. The retailer’s most recent accusation of Shein stolen designs comes from designer Mariama Diallo, founder of Sincerely Ria, a luxury women’s clothing line.

On June 11, Diallo posted a thread of tweets calling out the fast fashion brand for copying her designs and her brand’s aesthetic. “I’m so over these major brands stealing from black designers,” she wrote in a tweet that showcased her brand’s dress next to Shein’s. “They couldn’t even change ONE thing and it’s now one of their highest selling items.” She pointed out that she started designing the dress in early 2020 and launched it in November, while Shein premiered the dress on their website this month.

Im SO over these major brands stealing from black designers. @SHEIN_official STOLE my @sincerelyriaxo designs to a T. They couldn’t even change ONE thing and it’s now one of their highest selling items. They even stole the brands aesthetic. Like Come on pic.twitter.com/ose8DiM9hK

Diallo then took to TikTok on June 14 to post about the situation. “Look at my design, look at the quality. These were all sketched, made in LA… and then look at theirs. It’s so cheap you can see [the model’s] underwear,” she explained. Diallo claimed that another popular brand, We Wore What, also copied her designs. “How can I even keep up?” she said.

So heartbroken right now. I pour my heart into @sincerelyria.xo just for huge corporations to steal and make millions. How can I even compete smh.

Diallo’s video quickly went viral on TikTok, with thousands of supportive comments vowing to boycott Shein because of its unethical practices. Despite Diallo’s design getting the attention it deserves, the situation is indicative of a larger issue. Shein has been accused time and time again of copying designs from small businesses. They’ve also been the subject of a slew of other controversies, including speculations of child labour, racially offensive items being sold on their site, and a data breach that resulted in millions of customers’ information being leaked. But due to their larger-than-life online presence and multi-billion dollar net worth, these accusations don’t seem to be impacting Shein’s popularity in a meaningful way.

Founded in China in 2008, Shein recently surpassed Amazon as the most installed shopping app in the U.S., and Canada ranks number four when it comes to countries that visit Shein’s website the most. The site states it upholds the philosophy that “everyone can enjoy the beauty of fashion,” and it has received praise for its accessible prices and inclusive sizing options.

But with the fast fashion model comes the inevitable result of overconsumption. It’s not uncommon for people to spend hundreds of dollars at Shein to then post lengthy video try-on hauls — on TikTok, there are 2.6 billion total views on videos hashtagged #SheinHaul.

I got 91 items total so stay tuned for all the parts:) #shein #sheinhaul

Similar to Instagram-famous fast fashion brands like PrettyLittleThing and Fashion Nova, Shein itself has become synonymous with the influencers who rep it. This has led to a culture of continuing to buy more clothes that aren’t necessarily built to last, but that are on-trend and easily obtainable. And while an argument can be made that the lower price points on sites like Shein make fashion more accessible to lower income folks, Twitter user @michkeenah contends: “the fast fashion industry is not being sustained by poor [people] who cannot afford to shop anywhere else, it is being sustained by people who overconsume [because] they simply can. poor people are not the ones spending $2000 on shein for youtube content.”

With its accelerated growth and continual need for trendy new items, copying has become part of the fast fashion cycle. This ultimately hurts small business owners, who work to create original designs to then have them stolen and resold for a lesser price. Though sites like Shein are marketed as accessible for the everyday consumer, they leave designers like Diallo wondering how they can make room for themselves in the fashion industry.

FASHION reached out to Shein and Diallo for comment but did not hear back at the time of publishing.