Royal Ascot 2014: The 5 craziest hats so far at this year’s event 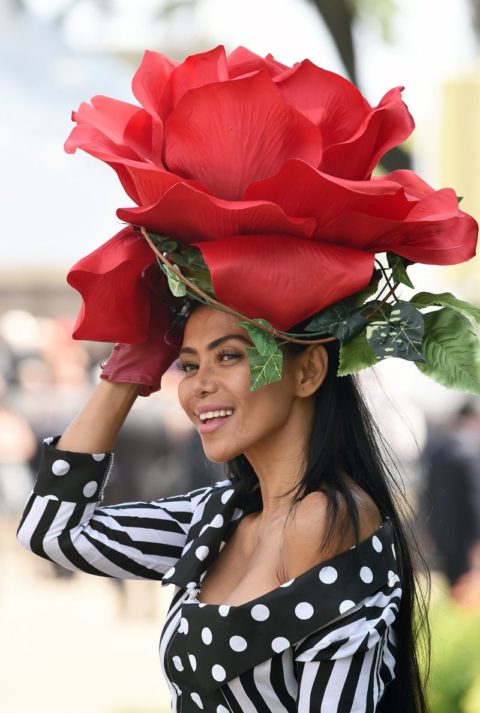 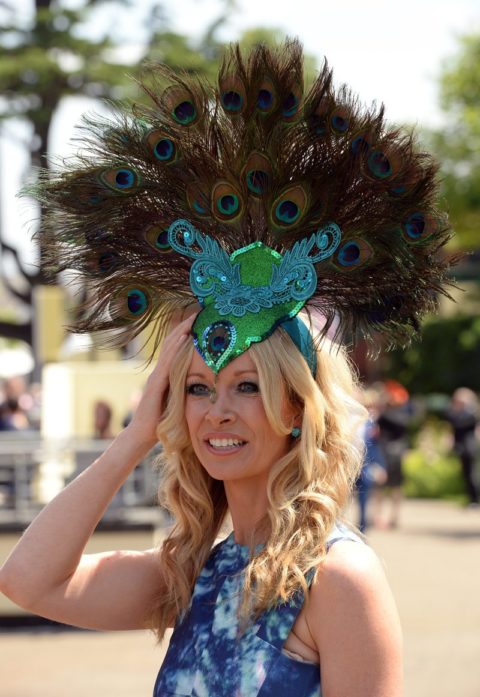 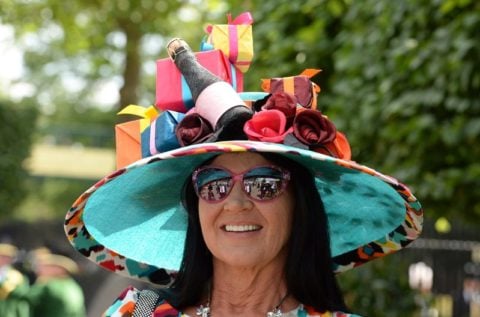 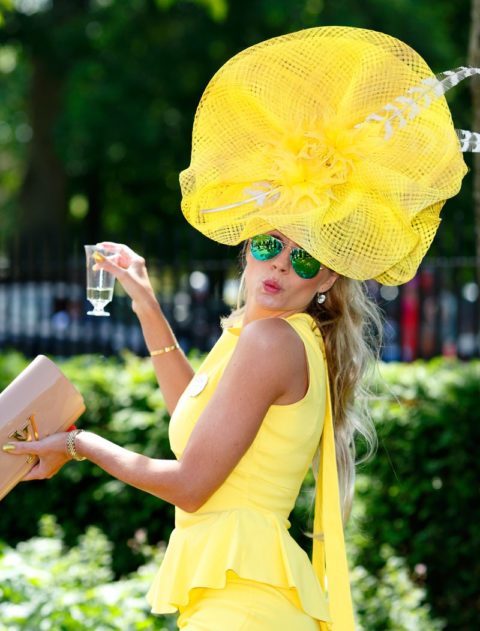 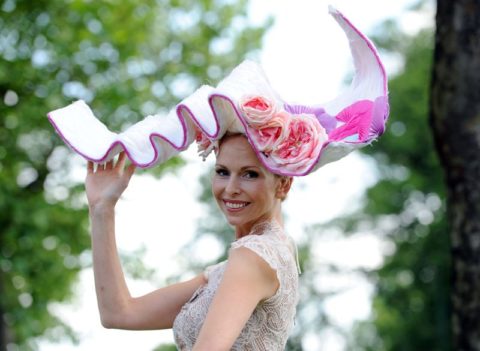 June 17, 2014: A stylish racegoer attends the first day of Royal Ascot in a wide brimmed hat topped with gift boxes, a champagne bottle and roses.

We love a day (or five) at the races, especially when it comes with the Royal Family and fancy British hats. With the world’s best jockeys and their stallions duking it out this week at Royal Ascot 2014, onlookers have been seriously eye-catching in traditionally over-the-top headgear. From a peacock to a champagne bottle and a gigantic rose, we’re giving you the 5 craziest hats from Day One of this year’s Royal Ascot.

The glamorous sporting event has already seen the likes of much of the royal family including Prince Harry, Princesses Beatrice and Eugenie, Princess Anne, Zara Phillips, Prince Charles and Camilla and Prince Edward and Sophie. The Queen has been on her hat-game sporting a pastel blue hat with flowers on the rim for Day One and a more colourful version today for Day Two. But compared to the other attendees, she has played it awfully safe. Model Eliza Cortez donned a red rose about three times the size of her head, while designer Anouska Lancaster went full on peacock with her piece. Another racegoer wore a wide (and we mean wiiide) brimmed hat topped with colourful gift boxes, roses and a bottle of champagne. Personal trainer Ester Dohnalova wowed us in her eye-popping yellow topper with long white feathers, and a description is hard to come by for the extravagant purple, pink and white topper that another racegoer stylishly pulled off. Think super slide meets white feathered bird. Meets flowers.

Needless to say this year’s Royal Ascot hats are totally bonkers in a very, very good way. Thankfully its only Day Two, we can’t wait to see what the rest of the week has in store.