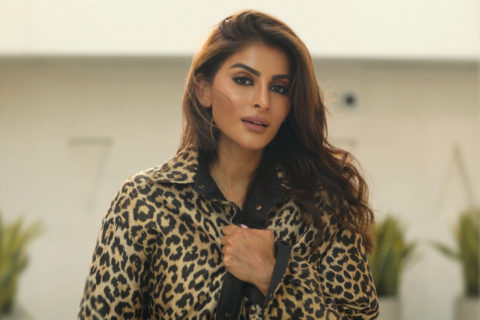 “I’m very true to my own personal style."

Rosemin Madhavji accumulated mentors the way other people collect art. Her first was Tom Ford, and then there was Burberry’s turnaround queen, Angela Ahrendts; these were topped off by a brief flirtation with LVMH’s Delphine Arnault. From where she sits now — as a celebrity influencer, entrepreneur, fashion expert and TV presenter — her roster of bold-faced bosses doesn’t seem so surprising. But Rosemin Madhavji wasn’t born into — or indeed anywhere near — the world of high fashion. For the daughter of South Asian immigrants who arrived in London, Ont., with nothing but their suitcases, luxury meant not having to work on the weekends, not a Fendi bag.

Rosemin Madhavji is proud of her roots. “My parents worked so hard — my father had the local convenience store, and my mother was a teacher,” she says. “My father went on to own property in London and Toronto after starting from nothing.” Her first fashion influence was her sister, Jameela, who is 11 years older. “She was everything I wanted to be; she wore high heels and dresses and seemed ultra-glamorous in her adult clothes,” says Madhavji. As a child, Madhavji wasn’t interested in storybooks but instead gravitated toward high-end glossy magazines like Vogue, Town & Country, W and Harper’s Bazaar. When her mother bought her Barbie dolls, she would beg to go to Fabricland, where she’d spend her allowance on scraps of material to make dresses for them.

Madhavji’s style-centric focus led her to swap London, Ont., for London, England, where she scored a coveted spot in London College of Fashion’s fashion management program. With Paris and Milan nearby, London felt right. Plus, it was 1999 and the city was on a fashion high, having produced John Galliano, Alexander McQueen, Hussein Chalayan and Stella McCartney. But the exchange rate with the Canadian dollar was punishing, and Madhavji, hiding her financial stress from her parents, had to find a part-time job or go home. She found a job, but in typical Rosemin Madhavji style, it wasn’t waiting tables or folding clothes at the Gap. Instead, she worked for contemporary art dealer Harry Blain. A fixture on the trendy U.K. art scene, Blain’s gallery attracted a glamorous high-net-worth crowd, and he counted Rachel Whiteread, the Chapman brothers and Bill Viola among his clients. “He taught me so much about art; he kept trying to encourage me to invest, but, instead, I’d spend any spare money I had going to Tramp,” Madhavji laughs. Tramp is one of London’s most exclusive members-only nightclubs, where rock and European royalty go to behave badly.

Surprisingly, it wasn’t her time at Tramp that got Rosemin Madhavji noticed by Ford but another members-only club, The Costume Society. “I was obsessed with Tom Ford, and I’d read in a Colin McDowell article in The Sunday Times Style that McDowell was going to interview him for The Costume Society. I called the number and begged to get a ticket,” she says. One £20 donation later, she was in. But on the day of the event, Madhavji was running late — she’d written an exam and couldn’t afford a cab. “I remember running through South Kensington station and over to the V&A museum, sprinting up the stairs to the auditorium and bursting through the doors,” she says. The interview had started, and a woman grabbed Madhavji by the blouse and made her sit down. When the talk finished, she asked Madhavji what she was doing there. (The room was full of elderly Costume Society members.) By the end of their conversation, the woman had asked Madhavji to send her a CV, and by 3 p.m. the next day, she had a job interning at the Gucci press office. She was so keen that she was up every morning at 4 a.m. to get the international papers. (“This was before social media!”) Then, one day Ford called to say he needed some images right away. “That was my first encounter with him — I was holding the pictures so tightly,” she recalls. “We just clicked immediately.” He asked Madhavji to work for him, but she told him she had one year left to go at school. “He told me to finish my degree and give him a call in a year. The minute I handed in my dissertation, I called.”

Madhavji had landed herself right in the middle of the aughts’ most exciting fashion moment. Ford had turned Gucci from a stiff, old-fashioned leather and snaffle-bit loafer brand into a sizzling explosion of sex and satin. His runway show for Spring 2000 looked like a hedonistic set from the ’70s, with models like Gisele Bündchen, Frankie Rayder and Maggie Rizer slinking down the catwalk in satin dresses, unbuttoned shirts, barely-there shorts and lashings of snakeskin. “I learned everything as Tom’s PA — brand management, people management, styling, commercials, how to dress celebrities,” says Madhavji. She also discovered that she had really good instincts. “I can look at a collection and tell you what’s editorial, what’s commercial and what will work in London, New York or Dubai.” A year after Ford left Gucci, Madhavji received a call from Ahrendts, who was evolving Juicy Couture from velour track suits (synonymous with Paris Hilton) to highend fashion. Ahrendts tasked Madhavji with changing the brand’s image and heading up its PR for Europe and the Middle East. “Juicy was not where I saw myself going at all, but Angela was so compelling,” says Madhavji. Using the brand-building skills she had learned from Ford, she worked to put the couture in Juicy. Her biggest coup was when Queen Rania of Jordan told Vanity Fair’s International Best-Dressed List that her favourite item of clothing was her Juicy Couture tops. “It’s so crazy—she could have chosen any luxury brand,” says Madhavji.

Around this time, Madhavji had started going to Dubai on weekends. “I was dating a polo player, and there was a great flight that left London at 10 p.m. on Friday. You could get a full workday in, have a beautiful sunny weekend, return at 6 a.m. on Monday and arrive at the office with a tan,” she laughs. She began to fall in love with the country — as well as the polo player — and they decided to build a house there. In the meantime, she was in talks with Arnault about working for Dior. She went to Dubai for two weeks to oversee the building of the house, and then her life took another turn. “Tiffany’s called and said ‘We’re opening the largest flagship store in the Middle East and we need someone who understands luxury to groom the staff, do the PR and have dinner with the CEO,’” says Madhavji. Then they told her how much they’d pay her to do it. “It was a light-bulb moment — I realized I had a company and started thinking about how I was going to build it. Then they asked me my company’s name and I just blurted out ‘RR&Co. Bespoke Luxury Management.’ My next thought was ‘Holy sh*t! I have to register this company.’” Brand after brand started calling, and soon Madhavji had a full-fledged business. “I knew all the designers, and they all wanted to work with me,” she says.

Dubai turned out to be the perfect fit. When Rosemin Madhavji arrived there over 14 years earlier, it was still in its nascent phase and she, ever the luxury trendspotter, got in early. Her home is on one of the fronds of Palm Jumeirah — the dreamy-sounding man-made island (in the shape of a palm tree) that stretches off Dubai into the warm waters of the Persian Gulf. “Dubai is very, very special,” she says. “I truly believe it’s the best of East meets West. It has the core Middle Eastern values of family and the best restaurants, shops and service in the world. Plus, it’s a place of tolerance. It’s so diverse; if you drive for 10 minutes, you’ll see a synagogue, a mosque and a church.” What’s more, the women love to dress up, and for someone like Rosemin Madhavji, who delights in dresses over jeans and Ferragamo flats over sneakers, it feels like home. “A dress that I’d save for dinner in London would be worn by women here at lunch,” she says. “They love beauty, feeling feminine and getting their hair and makeup done. In Canada, I have to dress extremely simply to fit in.”

Despite all of the high-octane miles she has travelled, Madhavji still considers Canada home. “There’s something so special about coming back to my parents’ house, disconnecting, being in nature, having a campfire and listening to the lake,” she says. The roles in her family have reversed, and Madhavji’s sister is now the lucky recipient of her wardrobe edits. “I keep investment pieces that are supericonic — Dolce & Gabbana, vintage Chanel jackets, animal prints,” she says. “I find as you get older, you shop less but shop smarter. When you’re young, you’re shopping for lifestyle versus body type.”

Now, instead of collecting mentors, Madhavji collects followers, with 139,000 watching her every stylish move. “I’m very true to my own personal style,” she says. “If I’m running around, I’ll be wearing Louboutin flats that I can walk in. This authenticity meant that when I started posting, women would shop whatever I was wearing that day.” At the moment, her feed is full of fabulous frocks, with Roksanda, Emilia Wickstead and Dolce & Gabbana in constant rotation.

When asked about being an influencer, Madhavji laughs and says she hates the word. “Instagram is not my bread and butter,” she explains. “It’s a visual feed where I talk about my work or things I’m passionate about, like breast cancer awareness. [Madhavji’s mother is a breast cancer survivor.] It was important for me to become friends with Instagram, but I want to keep it as authentic as possible.”

Rosemin Madhavji is so glossy and polished that authenticity is not the first thing you think of when you look at her. But she’s warm and funny, and glamour is as natural to her as dressing down is to others. Her best pieces get seen and worn — a response to her parents, who reserve their fine china and linens for guests. “What’s the point of saving them for special occasions?” she says. “I’d rather dance all night and kill a pair of shoes knowing I had the best time.”

Long dresses and of-the-moment extras are among the items on Rosemin Madhavji’s current must-have list. 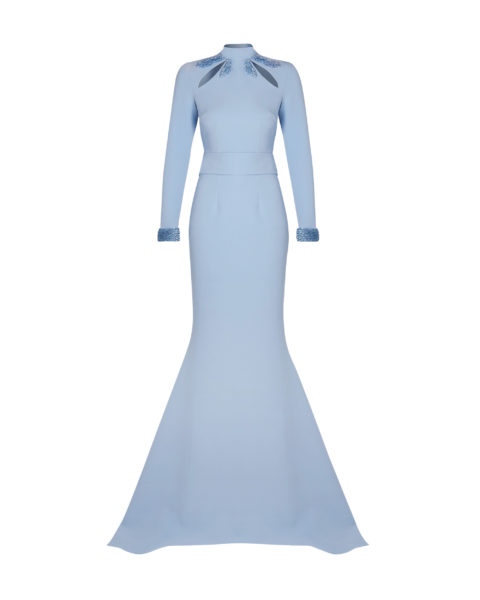 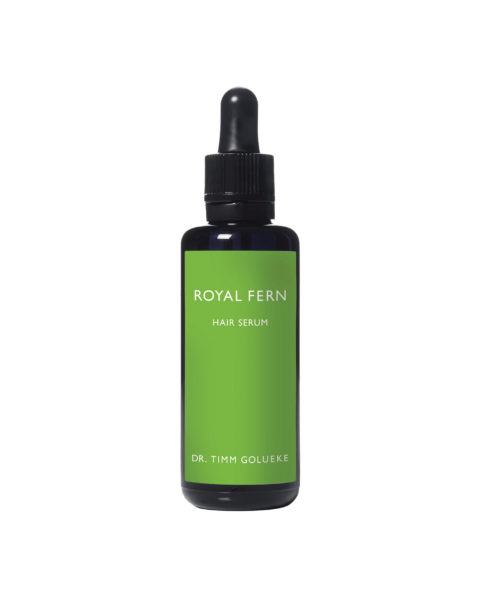 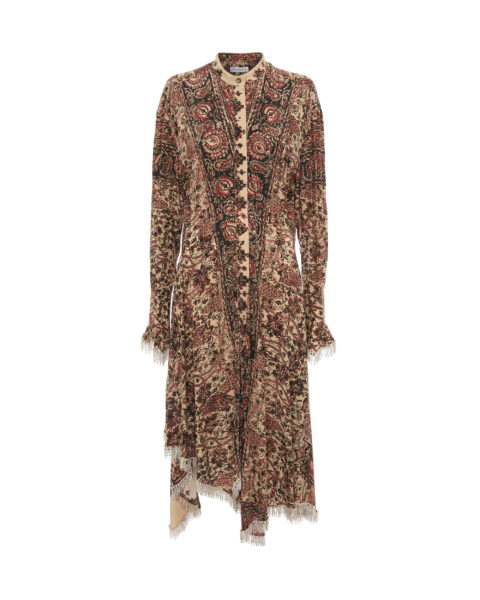 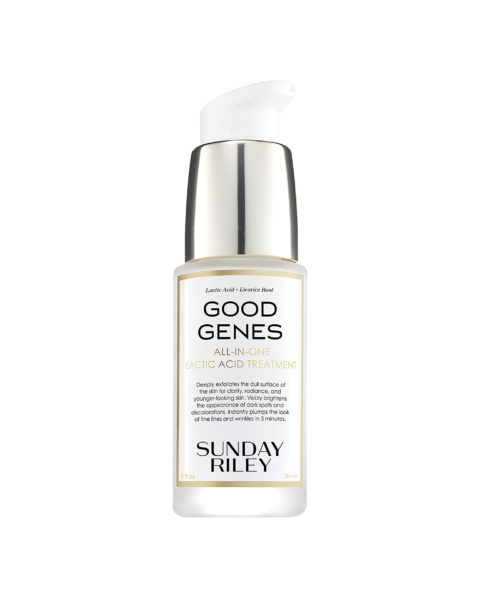 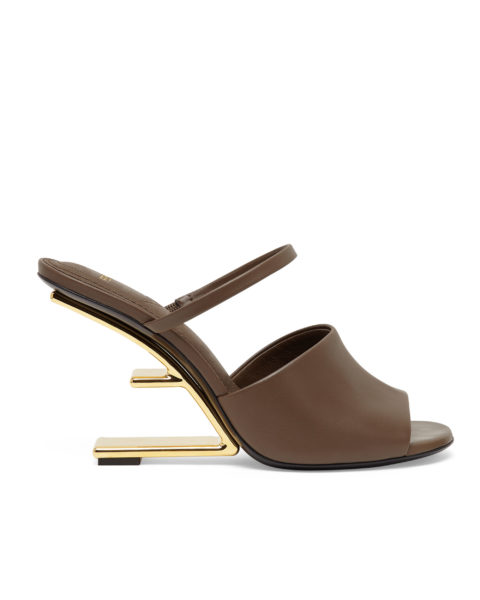 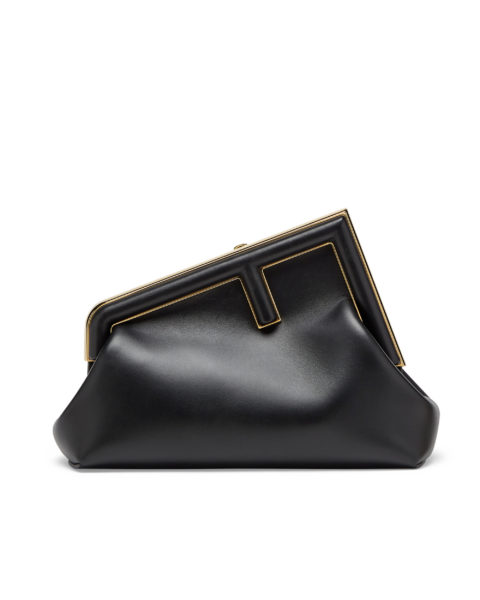 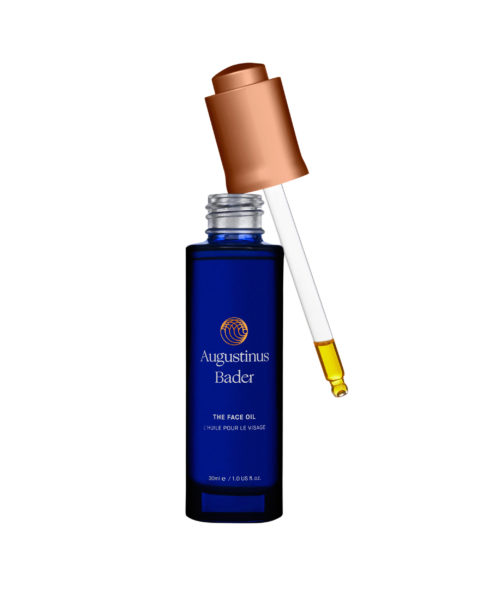 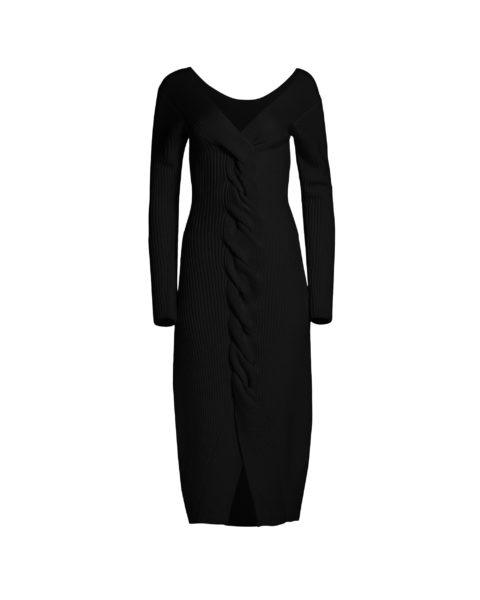 Photography by MOKSHADHA J. AMUR
Get the best of FASHION in your inbox Thanks for signing up!
The latest fashion, beauty and celeb news delivered right to your email #FASHIONforall Now, check your inbox to complete your subscription
We won’t ever use your email address for anything else
Want even more FASHION? Follow us on social media.