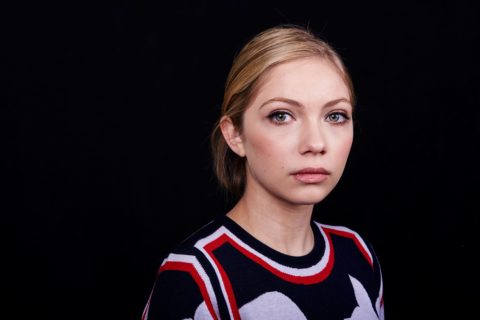 At 13, I knew that I wanted to write for magazines one day. By 15, I’d amassed a collection of monthly’s so large that my bookshelf was on the verge of buckling. Around the same time, Tavi Gevinson began acquiring international attention for her role as Editor-in-chief of Rookie Mag. A girl my age at the head of a magazine? I was, of course, immediately interested.

Gevinson had done what I’d considered impossible; she’d started a publication at 15 and was actually being taken seriously. I wasn’t browsing the mag for long before I decided she was one of my icons. After all, she was this incredible combination of someone I could relate to yet was also completely star-struck by at the same time. I envied her impeccable writing skills, undeniable taste and the way she always seemed wise beyond her years.

That’s why this morning, after reading about the demise of Rookie magazine, the news resonated. After seven years of publishing the magazine, Tavi Gevinson had written her last Editor’s Letter.

Today is the last day of Rookie. Thank you for seven incredible years. https://t.co/Rnfra5h3Ul pic.twitter.com/ivMLlI5ASy

Rookie Mag was founded in 2011 by Gevinson, then a 15-year-old fashion blogger. It started out as something of an art project but quickly turned into a creative space for teens everywhere. Its content was, quite intentionally, different than what you’d find in traditional teen magazine and Gevinson worked hard to hone the voice of the site. It was a community, a safe space where self-expression was valued and praised.

Though Gevinson was probably the only editor-in-chief who was still attending high school, the game-changing mag was quick to garner respect from across the industry. “Counteracting these pressures to conform are the voices like those on Rookie, ones that are non-prescriptive, enthusiastic, embarrassing, funny,” The Guardian wrote in 2012. “Ones that, by unpicking the awkwardness of female adolescence and providing a place to talk about it, have helped feminism become almost fashionable.”

“With every loss comes a gain and inherent in every gain is a loss; we can not become wiser without shedding some of our innocence or happier without relinquishing some of our sorrows.” Movies about change and transformation. ? (By @aliiiiia; bit.ly/2QeTyDQ)

Now, Gevinson is saying goodbye to the publication that she literally grew up. In her final Editor’s Letter  published to the site this morning, she writes, “I am feeling about 100 emotions right now, and not all of them are sad. I would actually say that most fall under ‘gratitude,’ also ‘pride’ and ‘awe’ and ‘faith in humanity based on how this was able to even exist at all and go on for as long as it did.'”

The longform essay mentions a couple of reasons for Rookie’s end. Gevinson (of course) acknowledges the changing media landscape–something that’s caused a plethora of publications to fold in recent years. “Rookie started in 2011, and to remind you where technology was then, I had a slide phone and no Instagram account,” she wrote. “Nowadays, social media gets more of people’s eyeballs than publications do.” She also talks about digital ad sales–a main point of revenue for the magazine–and how they’ve become less valuable over the years.

In the letter, Gevinson is candid about the financial struggles of the mag, but she also talks about the numerous times she’s turned down investment opportunities in the past. It had always been important for her to keep Rookie as free and independent as possible and for years she’d refused money from investors and avoided charging her readers for content. But though heroic, the system wasn’t sustainable and led to the closure of Rookie’s physical office and cut backs on content. “This has been especially frustrating while the world has been more on fire than usual,” Gevinson says. “I know how badly Rookies have been wanting to read and write about it.”

By @adriennegrunwald, who took photos of the art on my walls for @nytimes–don’t know why I look like I haven’t seen another human being in weeks but hey! #justmolepeoplethings #apartmentstories #300ashlandpartner ???

Financial reasons aside, Gevinson was struggling with other aspects of the mag. She’d poured her heart and soul into it all of her adolescent life and while she loved Rookie deeply, it was prohibiting her from fully exploring other interests–acting, primarily. Balancing everything had become an impossible task and Rookie, the publication that had started out as an art project, need to be treated instead as a full-on business.

Ultimately, Gevinson decided to shutter the mag, but the legacy that Rookie leaves behind will live on.