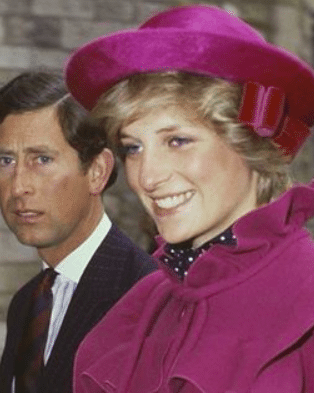 News of a certain necklace going up for auction has Royal watchers and jewellery collectors buzzing in anticipation.

Princess Diana’s “Swan Lake” necklace is being put up for auction by a Ukrainian couple who originally purchased the suite (it includes a pair of earrings, too) in 2000. Featuring diamonds and South Sea pearls, this dazzling piece was worn by the late British royal (her ex-husband was Prince Charles) when she attended a performance of Swan Lake in London in 1997—just two months before her tragic death.

That particular evening at the ballet has historical significance as it turned out to be one of the Princess of Wales’s final public engagements, and the night she met Egyptian business magnate Mohamed Al-Fayed, the father of Dodi Al-Fayed. Dodi, 48 and Diana, 36 became romantically linked and both were killed in a car crash in Paris in August 1997.

Created by luxury jewellery house Garrard (Crown jeweller until 2007), the necklace and earring set is expected to fetch $15 million (or more!) at auction, and will be sold through New York auction house Guernsey’s. Though the Princess only wore the necklace to the ballet (Garrard was still working on the earrings, and she passed away before they were finished) these spectacular pieces are part of the Princess of Wales’s legacy. “It is the general belief that these may well be the only substantial jewels worn by Diana that will ever be sold,” Guernsey’s website reads.

This year marks the 20th anniversary of Diana’s death, and recently both of the late Princess’s children, Prince William, 34 and Prince Harry, 32, have publicly spoken about their late mother. In a new documentary about Prince Harry, the royal opens up about coping with his mother’s death at such a young age.

Check out the video below.

Photography via @princess.diana.forever
Get the best of FASHION in your inbox Thanks for signing up!
The latest fashion, beauty and celeb news delivered right to your email #FASHIONforall Now, check your inbox to complete your subscription
We won’t ever use your email address for anything else
Want even more FASHION? Follow us on social media.