Prepping for the Met Gala is no joke, as Kim Kardashian’s tweet last night clearly attested: “It’s 2am just finished my spray tan, I’m so exhausted.” As someone who’s incurred the wrath of Anna Wintour’s disapproval (see: the unfortunate cropping incident of 2013), she is well aware of the importance attached to nailing the red carpet at fashion’s biggest night out.

This year’s gala theme, Manus x Machina: Fashion in an Age of Technology, is challenging in that it’s more ambiguous than it has been previously. Yes, the obvious nod to technological fashion is what immediately stands out (Apple’s Chief Design Officer Jonathan Ive and the face of Apple Music T. Swift are co-chairing the event), but the theme also references the role of human craftsmanship in creating exquisite garments (think gorgeous draping and hand-embroidery). It’s a subtle notion to hit home on a stage as grand as the red carpet, and one that has likely caused significant amounts of stress among a good quotient of guests. However, a sneak peek into some of the pieces featured in the exhibit shows that they have in fact made past red carpet debuts, which would probably make good guidelines for terrified stylists whose livelihood depends on the verdict of Vogue’s best dressed list.

It’s interesting to note how some of these featured gowns were reworked from their avant-garde presentations on the runway, such as a 2012 Alexander McQueen creation which was originally shown with a full face mask that was aptly removed for the red carpet before being donned by everyone’s fave movie BFF Judy Greer. Other iconic pieces featured in the exhibition, like Dior’s much-revered “Venus” dress circa 1949, have been reincarnated for modern audiences, as was demonstrated by the voluminous tiered confection (bereft of any other embellishment) that Jennifer Lawrence wore to the Oscars when she won in 2013. And then there are still others that are so immaculate in their initial conception that they can transition from the runway to real life seamlessly, which was exactly what Jennifer Connelly did with Balenciaga’s instantly-recognizable laser-cut floral dress in 2007.

Check out our primer on the previous lives of a selection of gown from this year’s exhibition below. We hope for the sake of the guest list that they did their homework as well—Anna will most certainly be watching. 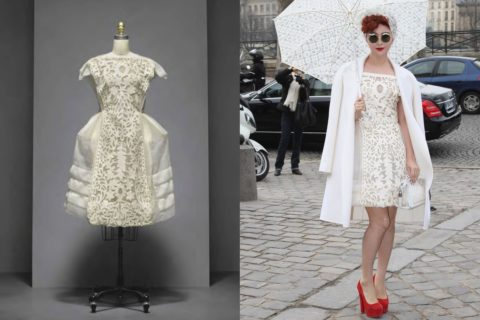 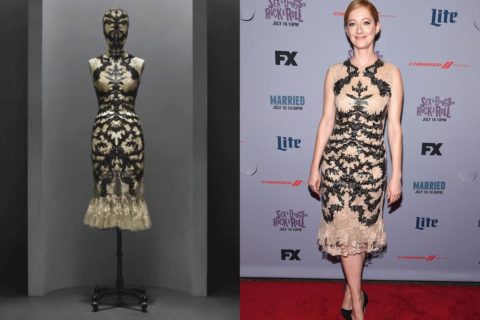 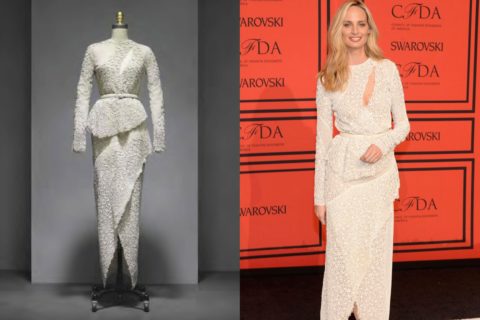 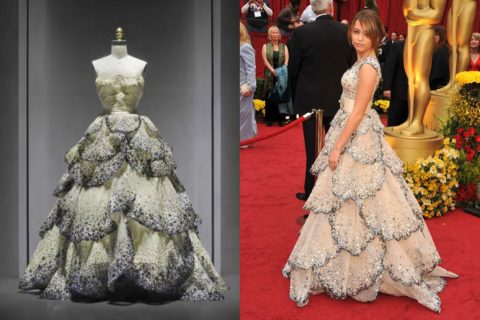 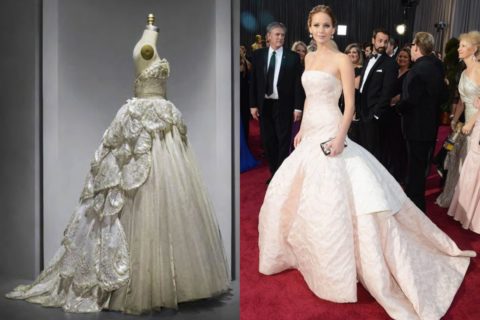 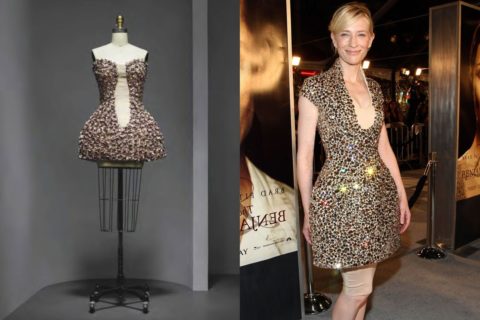 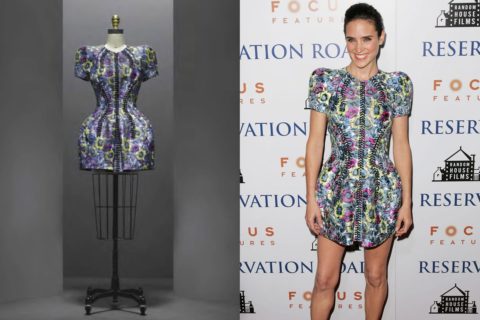 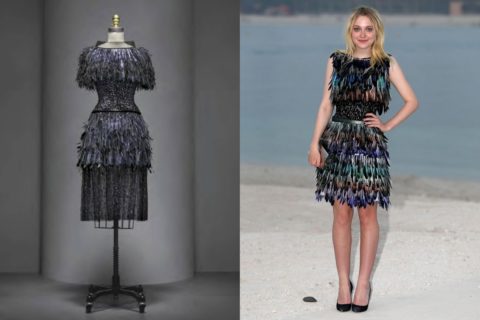 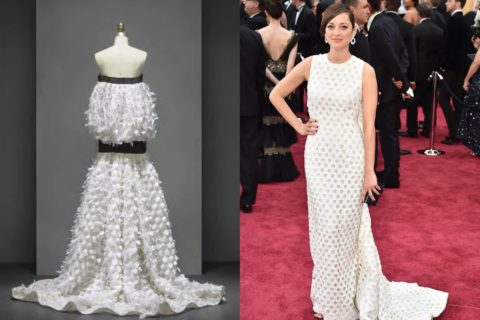 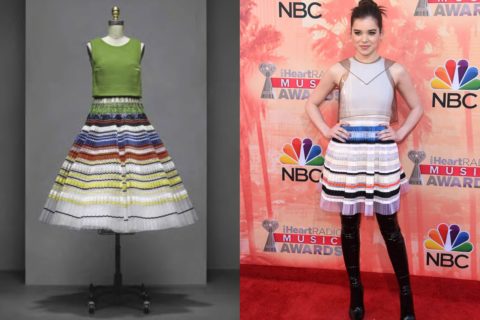 Nude silk lace and tulle is bonded with laser-cut black patent leather, which climbs all the way up to ensconce the face of the wearer of this dress; Judy Greer wisely chose to have this removed to avoid scaring small children.

J. Law’s Oscar-winning gown was inspired by one of the most ionic ladylike dresses in history (which is made even better by the fact that she wiped out on the stairs while wearing it). The tiers on the original were embroidered with gelatin sequins, feather paillettes, synthetic pearls and crystals, while Jennifer kept hers starkly unadorned, balancing the hyper feminine silhouette with a contemporary minimalist aesthetic.

Though not quite identical, these dresses do share some similarities in their emphatic use of embellishment. In favour of making the design less of a costume piece, however, Cate opted for a more modest neckline, the addition of sleeves, and even a nude slip underneath the elongated hemline.

Connelly appears to have lifted his Balenciaga creation straight from the runway, allowing the quirky, exaggerated silhouette to shine in all its glory.

While common practice mostly sees celebs adding to the length of their runway ensembles, here Dakota Fanning actually had the bottom slip removed, which gave her more real estate to show off those gams.

This silk organdy hand-pleated skirt is embroidered with grosgrain ribbon and wool crepe; the addition of black patent boots made for the ultimate juxtaposition between traditional and futuristic.