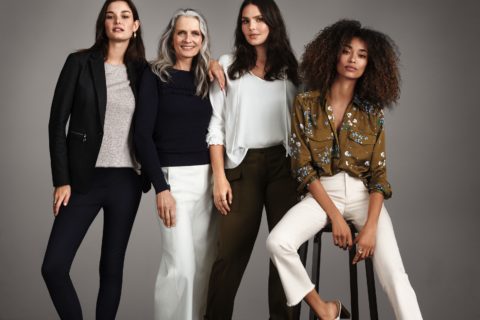 Crazy fact alert! It wasn’t until 1972 that girls were allowed to wear pants to school in the U.S. This and other mind boggling pants-related details are included in the new Pants are Power campaign from Ann Taylor.

“As we looked back at the history of women’s equality, we were surprised to see it mirrored the right to wear pants,” said Holly Tedesco, VP and Head of Marketing at Ann Taylor. “But upon reflection, it made sense. We believe the right pants are powerful, just like the women who wear them.”

Also in the video? In 1940s women could be arrested for wearing pants. So suffice to say we’ve come a long way since then. Adds Tedesco, “Ann Taylor was built on wardrobing women—making them feel confident and empowered in the workplace,” she says. “For over 60 years these women have inspired us, and even more so today as we face a new inflection point.”

The Pants are Power campaign kicks off in tandem with National Women’s History month in the U.S.  Check out the video below.