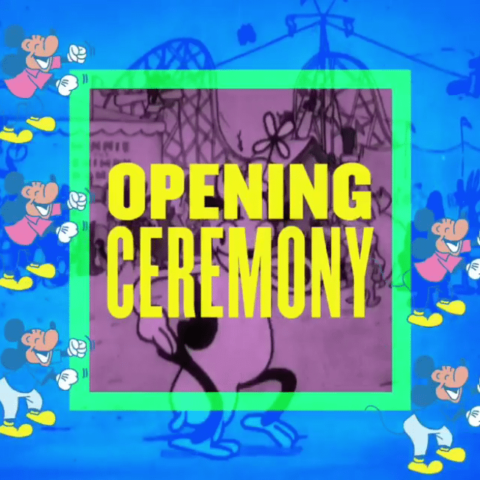 It’s no secret, the fashion world is obsessed with Disney, I mean I am too! Disney is a timeless symbol of innocence drenched in nostalgia. Disney just collaborated with Coach in celebrating Minnie Mouse’s star on the Hollywood Walk of Fame star in January. And now Opening Ceremony is taking that Disney obsession to a whole new level when it holds its Spring 2018 show at Disneyland in Anaheim, California.

It’s a new spring collection and will be available for purchase immediately after the show. So not only is this a major change for the brand to go “see-now-buy-now,” it’s a serious undertaking for the New York line to present Disneyland’s first fashion show in 40 years.

We’re excited to announce that our next fashion show will take place at Disneyland! Stay tuned. 03/07/2018.

Founders Carol Lim and Humberto Leon have worked with Disney before but in their roles as creative directors at Kenzo for a Jungle Book-inspired collection, so the two are familiar with Disney’s aesthetic.

OC is well known for their modern and vibrant designs and what better location to showcase that than the happiest place on earth. In the past couple years, OC has staged a ballet, a play and a ‘political’ pageant (think beauty pageant Q&A only with political points). Suffice to say Opening Ceremony is no stranger to unconventional runways that make a statement.

The collection which merges fashion, culture and entertainment takes place March 7. We can’t wait to see what this dream event will look like, and, fingers crossed, we see Mickey and Minnie on the runway.

Photography via Instagram/@openingceremony
Get the best of FASHION in your inbox Thanks for signing up!
The latest fashion, beauty and celeb news delivered right to your email #FASHIONforall Now, check your inbox to complete your subscription
We won’t ever use your email address for anything else
Want even more FASHION? Follow us on social media.