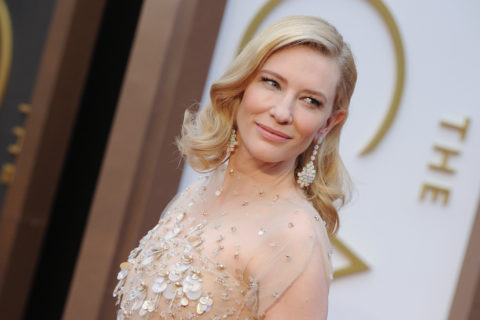 From pale pink to mesmerizing black, opals are the drama queens of the gem world. Plus: how to spot a phony.

Opals are the drama queens of the gemstone world. They come with a library’s worth of stories. The people of ancient Greece believed in the opal’s prophetic power and the Romans in the optimism of its rainbow colours. In Arabic lore, opals were thought to be geologized bolts of lightning. And, of course, opals are romantic, too; they’re often called the Cupid stone. Napoleon gave one to Josephine that flashed red sparks—it was called Burning of Troy. Queen Victoria loved opals and gave them to her daughters as wedding gifts.

But there is a Jekyll and Hyde duality to opals. Chromatically fickle, they are not dependable (like diamonds). They’re changelings; they’re the free-spirited hippies of the gem world. Which means that opals were often typecast as cursed gemstones leaving a trail of disaster and tragedy behind them. A victim of the Black Death was rumoured to have worn an opal that turned dull and blank as soon as she died. In Sir Walter Scott’s novel Anne of Geierstein, Anne’s grandmother Lady Hermione wore an opal barrette in her hair that sparkled and flashed colours when she was happy and faded when she was sad. On the day of her daughter’s christening, Lady Hermione’s opal was accidentally splashed with holy water. The gemstone instantly lost its light, and Lady Hermione fainted. A few hours later, there was nothing left of her but a pile of ashes.

In their unpredictable transience, opals blaze with the colours of other gemstones. Roman naturalist and writer Pliny the Elder put it best: “For in them you shall see the living fire of the ruby, the glorious purple of the amethyst, the sea green of the emerald—all glittering together in an incredible mixture of light.”

Whether opals are a stone of fortune or foulness, what is true is that they are vulnerable. They are soft—scoring between 5 and 7 on the Mohs scale of hardness—and can lose their inner fire and colour fairly easily. This is because they do not have a classic hard crystalline structure; they are mineraloids that often hold a great deal of water—sometimes up to 20 per cent of their weight—and this can cause fissuring. Besides the myths and legends, it’s these geological frailties in opals that make them mesmerizing.

How opals are made

Opals are essentially fossilized raindrops. They form over millions of years from rivulets of water and silica seeping deep inside the cracked earth; the captive silica and water solidify into opals between the layers of sedimentary rock. About 95 per cent of opals now come from the Australian outback.

Common opals are a single colour and look spookily milky or just a dull red or black, but precious ones have kaleidoscopes of colour inside them that, in the gemstone biz, are called play-of-colour. Precious opals spark and flash like shorting electrical circuits.

Their indoor fireworks come from different wavelengths of light bending around stacks of microscopic billiard balls of silica. the colour and brilliance of the fires depend on the size of the silica balls and how closely they’re packed together. Small silica balls produce violet light, while larger ones sparkle red. these are the most valuable. Opals that are in the red-orange spectrum, often without play-of-colour, are called fire or Mexican opals. Opals that have some manganese are pink to mauve and non-iridescent. Black opals are dark and can display different colours depending on the angle they are viewed from.

Boulder opals include the mother rock, or matrix, that they were formed in. Cartier spectacularly showcased opals in its 2008 Chimera collection, with Australian cabochon-cut matrix opals surrounded by sapphires, diamonds and garnets in a bracelet and ring set.

Phony opals, called Gilsons, were synthesized by Pierre Gilson in 1974. they look very similar to real opals except that the absence of water gives them a rippled, reptilian-like texture across the surface. this is something a jeweller can pick up on through magnification. another thing to watch out for is that opals are sometimes injected with resin, glass, wax, oil or even plastic to harden them or hide crazing. also, beware of doublets or triplets—a thin sheet of opal layered with other stones or glass to make them look bigger.

Given the opal’s volatility, it’s important to get one from a trusted source. New-to-market stones must be given adequate time to dry out and acclimatize properly—a process that can take years. If they’ve been dried improperly or exposed to intense light or heat, opals can crack or craze. Many cutters refuse to facet opals unless they’ve gone through a long adaptation period because they are so delicate—the vibrations from cutting and polishing can cause crazing. 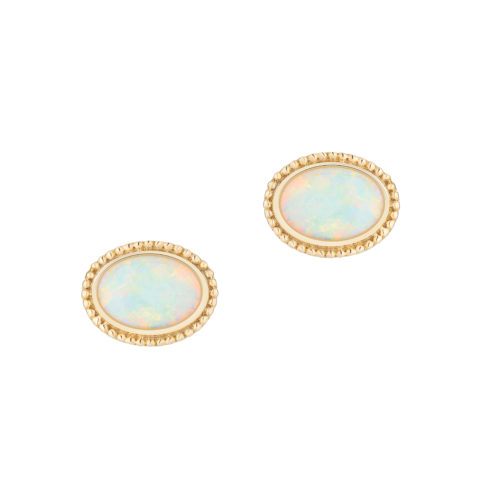 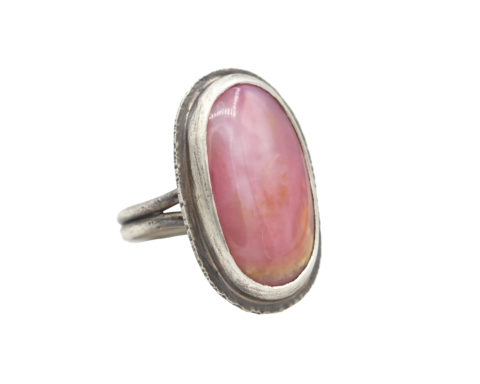 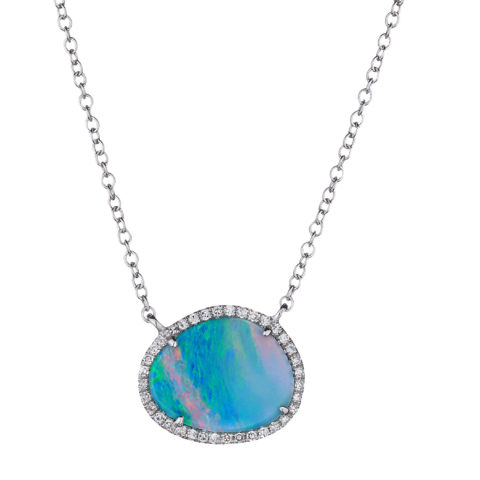 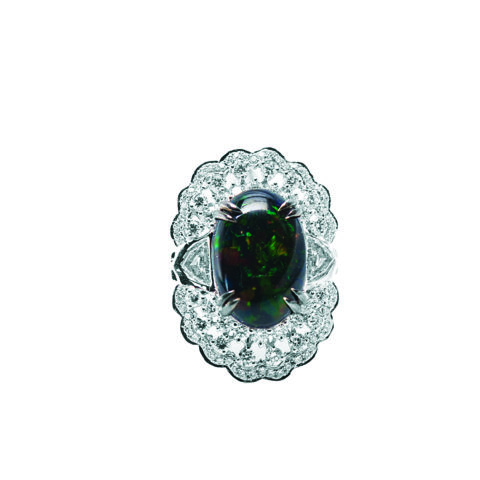 Buy Now
Photo by Axelle/Bauer-Griffin/FilmMagic
Get the best of FASHION in your inbox Thanks for signing up!
The latest fashion, beauty and celeb news delivered right to your email #FASHIONforall Now, check your inbox to complete your subscription
We won’t ever use your email address for anything else
Want even more FASHION? Follow us on social media.