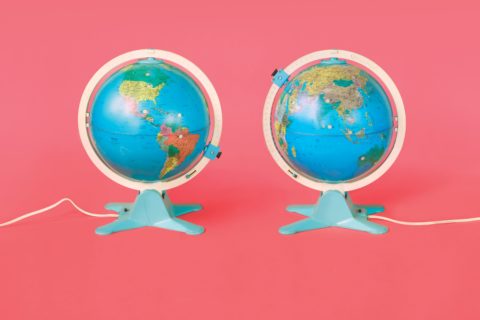 PHOTOGRAPHY by Andrew B. Myers
Style

These Are the Innovators Who Are Redefining “Sustainability”

There’s a movement underway to fix the system. Here are some of the innovators who are changing the game.

When Stacy Flynn flew to China in 2010, she intended to shake hands on a textile business deal but was alarmed by the haze of blue gas that hovered in the air as she hammered out details of the transaction. As a textile executive for roughly 25 years, Flynn realized she was partly to blame for the poor air quality and vowed to realign her business ethics so they meshed with her personal moral code.

Enter EVRNU, the radical sustainable start-up she founded in 2014 that uses proprietary technology to create new fibres out of recycled garment waste. Imagine a pile of old cotton T-shirts used to birth a brand-new pair of blue jeans. Considering brands like Burberry weathered boatloads of criticism earlier this year for incinerating $50 million of unsold clothing, Flynn’s solution reads like the magic bullet for solving the problem of surplus clothes. (Burberry announced in September that it has stopped burning.)

So far, Levi’s, Target and Stella McCartney have signed on, and EVRNU hopes that clothing made out of their fibres will be widely available by the end of 2019. “Expressing ourselves through our dress has always been culturally significant,” says Flynn. “Keeping our industry safe into the future is the primary objective.”

Read on to learn about 10 more people who are creating new ways to make living sustainably easier.

The “king of environmental collaborations,” Gutsch is the man behind the Adidas fishing-net shoe.

Malas works to protect Canadians from overexposure to toxins in daily life, specifically in dry cleaning and personal-care products. He and his team encourage industry action to remove harmful ingredients from consumer products, government action to ban and restrict toxic chemicals through improved policy and work to equip consumers with the knowledge to choose safe options.

Does anyone else see the ‘Red Wine’ label? Yes, can we get that in a mini skirt with a matching headband? ?‍♀️? innovation in bio-fabrics and sustainable materials is gaining traction as the desire to eradicate oil based plastics heighten. Bio leather grown in a lab from kombucha, mushrooms and pineapple | Recycled polyester | closed loop & sustainably harvested TENCEL. We are excited to dive into this topic at WEAR 2018 Featuring @canopyplanet, Global Change Award winner @circularsystems, Award Winning @repreve + an emerging bio leather company. For details on the conference and to register, check link in bio. ? Mayan Pesach #bioplastics #WEAR2018 #bioleather #biodegradable #sustainable #innovation #technology #recycledpolyester #kombuchaleather #tencel #conference #toronto

She’s the founder of Canada’s only apparel NGO, changing the way we create and consume fashion by advancing sustainability through educational programs like My Clothes My World and events like Design Forward and the World Ethical Apparel Roundtable.

Rochon Ford is working to protect nail salon workers in the greater Toronto area from the hazards of chemical overexposure, empowering technicians with appropriate tools and an awareness about the related health risks, ranging from skin and respiratory damage to recurrent miscarriages and cancer. Rochon Ford reminds us that not unlike a $5 T-shirt made in Bangladesh, a $25 mani/pedi has a true cost as well.

My store, @packagefreeshop, is 1.5 years old. I never would have thought that saying no to trash would not just change my waste, but the course of my entire life. I am grateful to wake up every single day and say that the work I do both aligns my values with my actions and empowers businesses and people to have a more positive impact. To date our customer’s purchases and the actions of our vendors have helped prevent tens of millions of pieces of waste from ending up in landfill. It’s only up from here!!! @packagefreeshop as captured by @annagregan.

Trash Is for Tossers

Singer is founder of the Package Free Shop and The Simply Co. She’s a zero-waste lifestyle pioneer. (All her waste from the past six years fits in a Mason jar.)

This brand was founded in the wake of the Rana Plaza disaster, where communication with garment workers could have saved lives. Ulula’s technologies allow for dialogue, assess employee safety and provide anonymous reporting systems for workers.

Here’s a preview of the first ever Renewal Workshop Shop in Shop. If you’re in Seattle, come by REI flagship tomorrow for our Grand Opening. While you’re there, enjoy the most awesome Garage Sale ever. #rei #seattle #reigaragesale #grandopening #shopinshop #renewed #sustainable #sustainablefashion #zerowaste #zerowasteapparel #renewedinamerica

Denby is saving clothes from incineration by collaborating with brands to re-stream, repair and reuse deadstock and damaged goods.

Smith is the man behind many brands (including Gucci) deciding to go fur-free. He has reformed the supply chains of Michael Kors, VF Corporation, Inditex (Zara), YOOX Net-A-Porter Group, Hugo Boss and Giorgio Armani.

The 125 global fashion and apparel brands part of CanopyStyle, and representing 134 billion USD in annual revenue, are committed to ending sourcing from the world's ancient and endangered forests. #CanopyStyle Counts.

In the quest to eliminate petroleum-based polyesters, trees are being used to create fabrics. Rycroft collaborates with the best brands in the biz—like a real-life Lorax speaking for the trees.

Eco Age and The Lawyers Circle

Firth is working to establish a global living wage for garment workers in partnership with The Lawyers Circle. She was also executive producer for The True Cost, the ultimate fashion revolution documentary.

PHOTOGRAPHY by Andrew B. Myers
Get the best of FASHION in your inbox Thanks for signing up!
The latest fashion, beauty and celeb news delivered right to your email #FASHIONforall Now, check your inbox to complete your subscription
We won’t ever use your email address for anything else
Want even more FASHION? Follow us on social media.