The evolution of the naked dress, from Carrie Bradshaw to Jennifer Lopez

As we inch towards the freewheeling body positive existence so craved by Instagram feminists everywhere, (see: #freethenipple, #freeyourpits, #arthoe and so on) celebrities stepping out of the house in the near-nude is becoming more and more a part of today’s normal. In the last year alone, some version of the “naked dress” has made an appearance at the Met Gala, the VMAs and last night, several times during the American Music Awards. But it isn’t the first time such dressing made its way into headlines—the “naked dress” has been a thing since 1962, when Marilyn Monroe appeared on-stage, nipples and all, to serenade American president and rumoured lover JFK.

Coined during one of Sex and the City’s first episodes and aptly described as “tits on toast” (a Miranda-ism, obv), the “naked dress” leaves little to the imagination, anatomically speaking. Metaphorically though, it leaves things wide open.

Flip through our guide to the “naked dress” throughout recent history. You’ll remember most of them for being salacious. We prefer to look back at them as pivotal steps towards absolute female badassery. 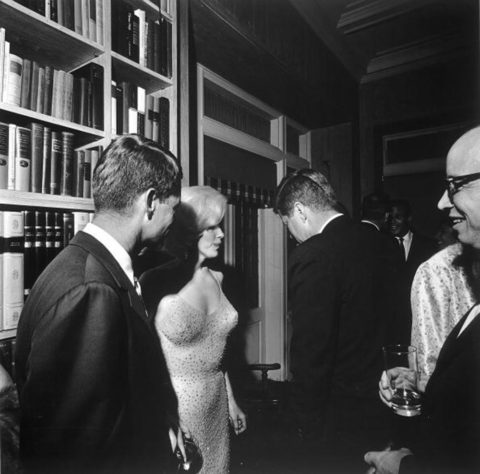 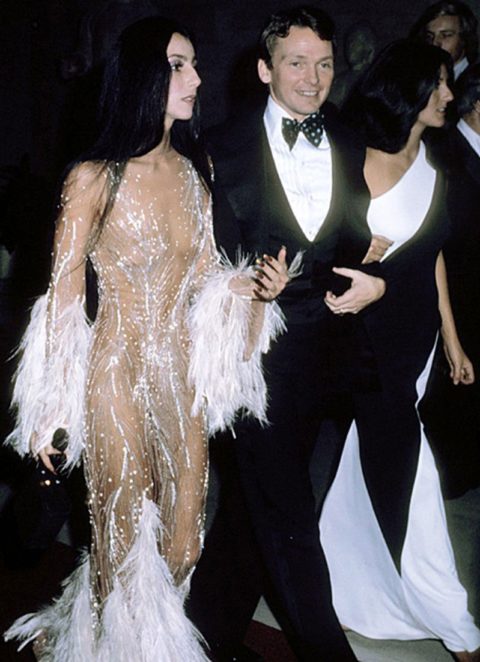 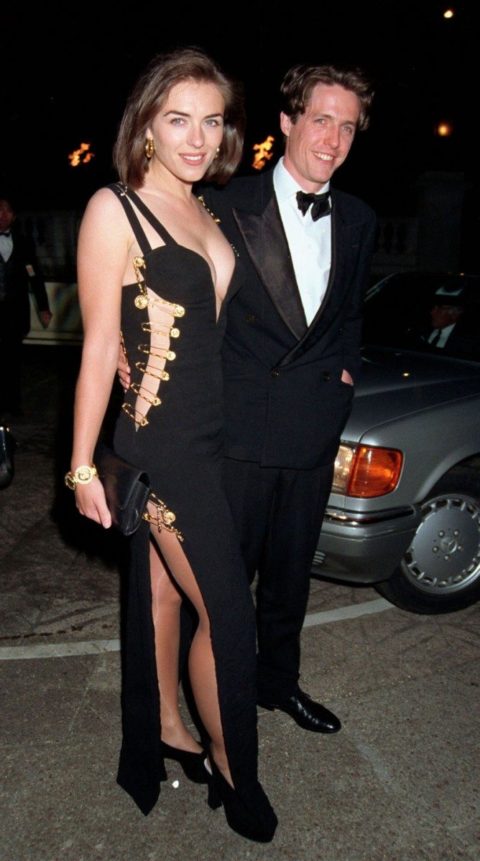 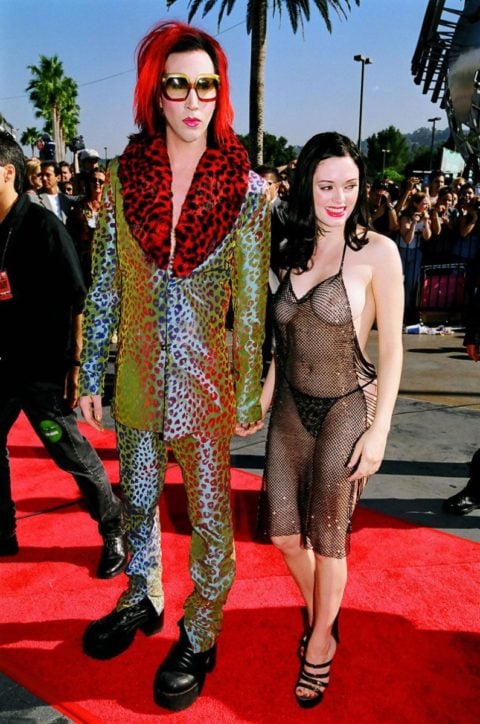 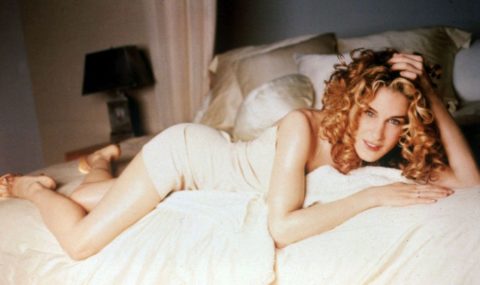 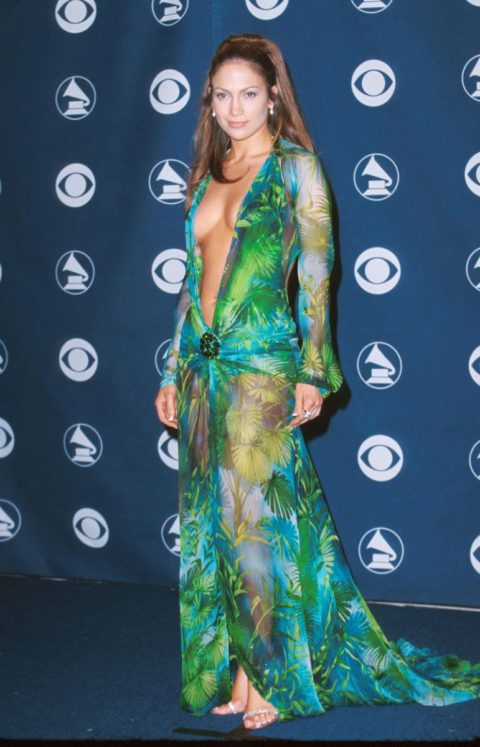 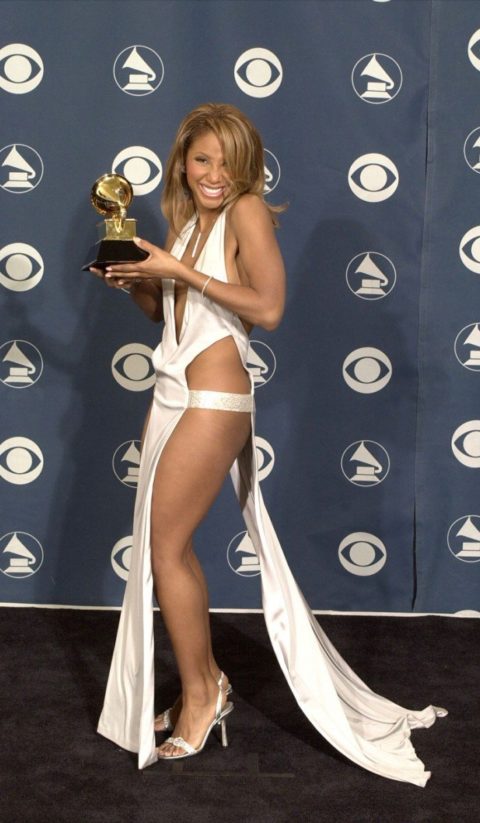 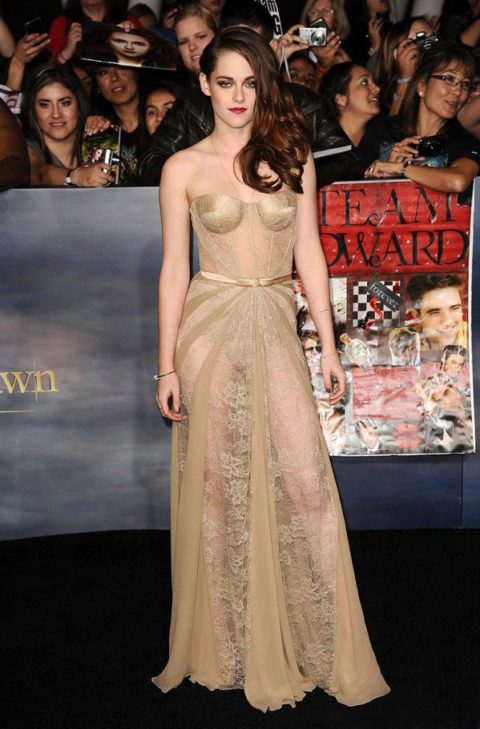 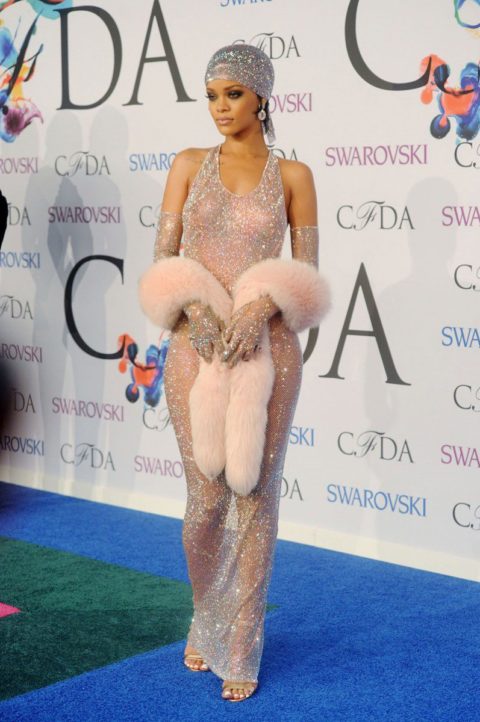 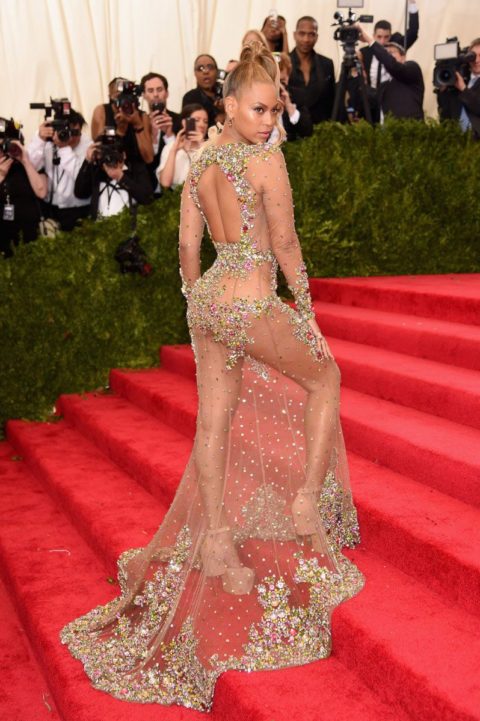 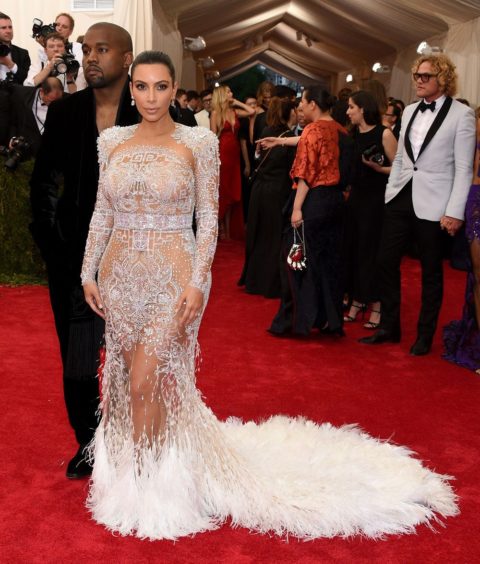 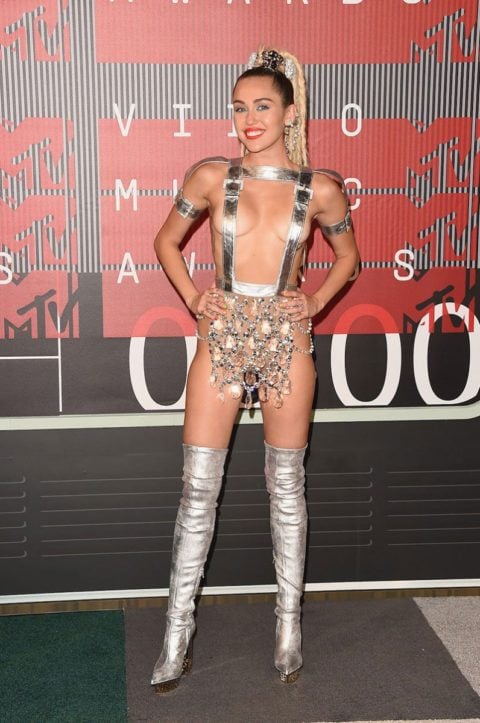 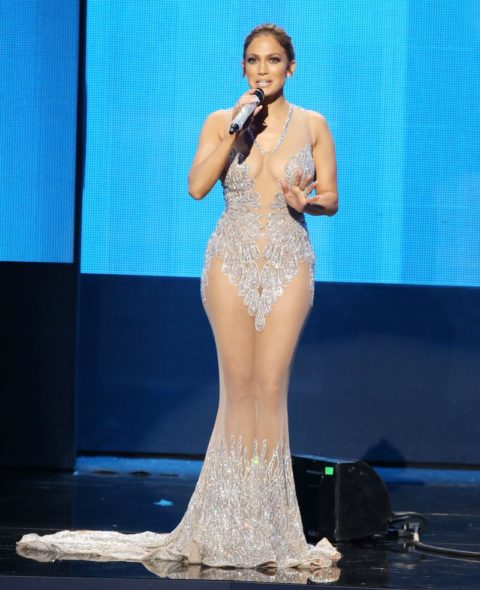 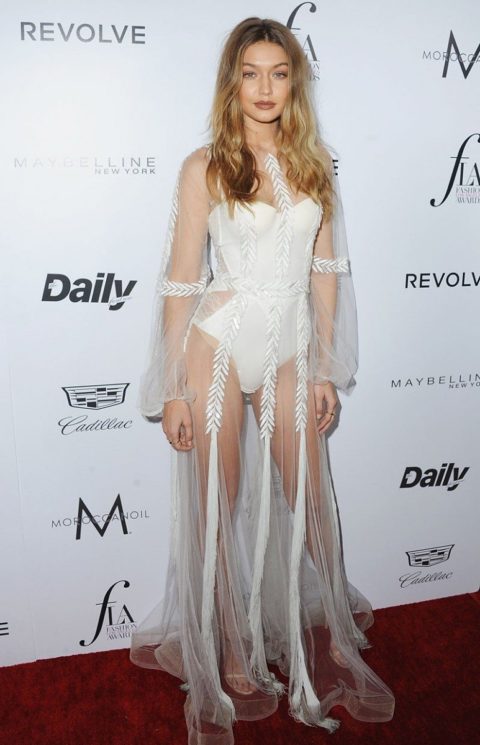 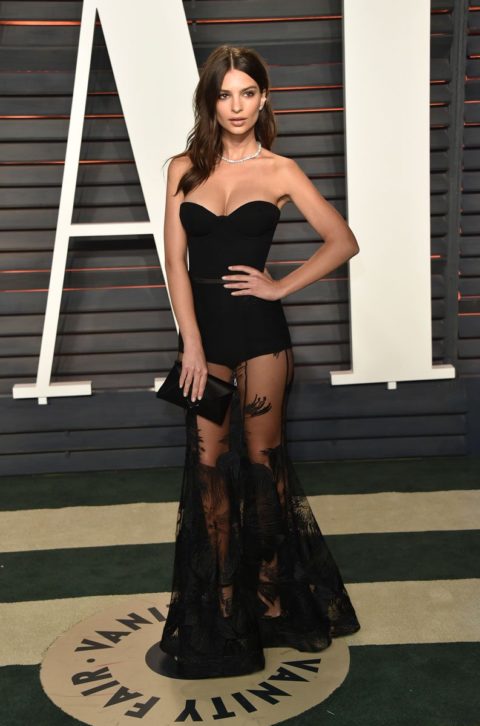 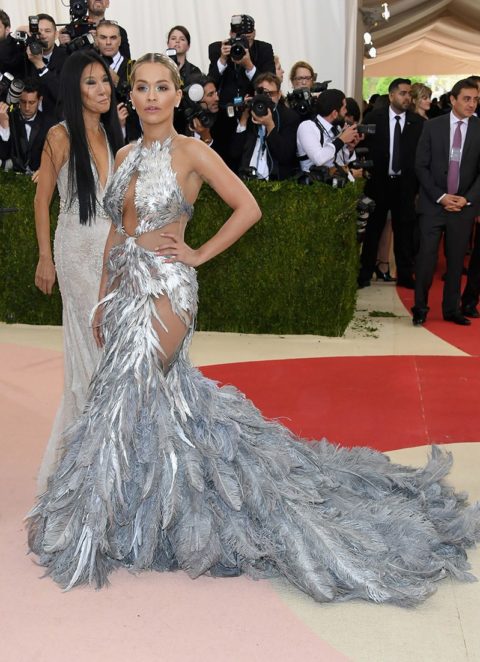 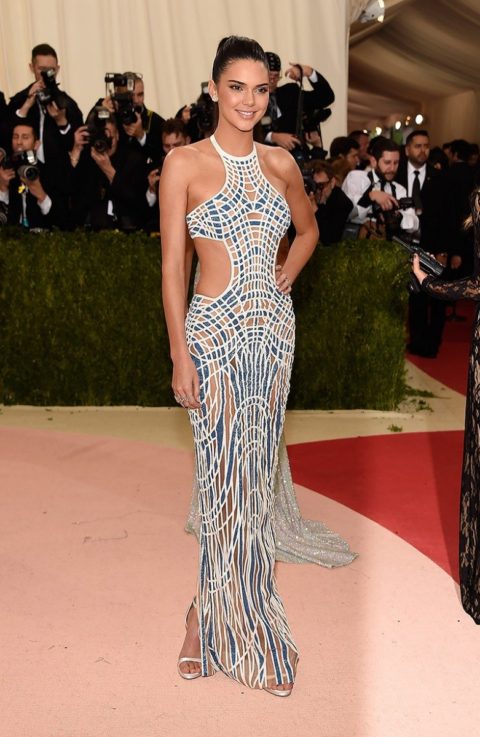 Cher in Bob Mackie at the first-ever Met Gala, 1974

Elizabeth Hurley in Versace at the Four Weddings and a Funeral premiere, 1993

naked dress Sex and the city

Jennifer Lopez at the Grammys, 2000

Rihanna in Adam Selman at the CFDA Awards, 2014

Beyonce in Givenchy Haute Couture at the Met Gala, 2015

Kim Kardashian in Roberto Cavalli at the Met Gala, 2015

Miley Cyrus in Versace at the MTV Video Music Awards, 2015

Jennifer Lopez in Charbel Zoe at the American Music Awards, 2015

Kendall Jenner flaunts her bod in Calvin Klein at the Met Gala, 2016