Modest dressing in the Middle East: How moving to Qatar changed one writer’s personal style

On a recent Saturday, like many homeowners, I was headed to Ikea. My biggest dilemma wasn’t whether my husband and I would make it through the never-ending maze without having a full-fledged dispute, but rather, what should I wear? I should mention that I wasn’t driving out to the suburbs of Toronto or Calgary to go furniture shopping; i was in Qatar, a tiny middle eastern country off the Persian gulf. In this sovereign Arab nation, traditional values reign supreme, and covering your knees and shoulders is a prerequisite for simply walking out the door. So despite the 40°c temperatures, i couldn’t just slip into a sundress; I had to strategically plan my outfit. Since my husband and I left Canada seven months ago to pursue a job opportunity in Doha, the country’s capital, getting dressed in the morning has become just as challenging as assembling a billy bookcase.

Qatar—an Islamic state that is one of the richest countries in the world, thanks to vast oil and natural gas reserves—wasn’t part of my lexicon until last year. A quick Google search informed me of the basics a woman should know before moving to Doha: 1) the temperature rarely dips below 20°c (who can say no to open-toed footwear 365 days a year?); 2) women can drive, as opposed to neighbouring Saudi Arabia, where it is prohibited; 3) there is a Céline boutique; and 4) the female Muslim population covers their heads with a hijab and, in many cases, they wear a full black robe known as an abaya (it’s not a requirement for foreigners). That caveat doesn’t mean I have free rein over my attire. Even though it isn’t against the law to wear shorts or a crop top, expats and tourists are encouraged by locals to dress modestly in public, which means below-the-knee hemlines and nothing sleeveless, cleavage-enhancing, sheer or tight.

In terms of trends, I couldn’t have asked for a more agreeable season to move to a conservative country: the midi has replaced the mini; the Olsen twins flooded The Row’s Spring 2015 runway with criss-crossed swaths of skin-concealing silk; and Céline and Chanel are heralding the return of the trouser suit. Even Victoria Beckham showed lean trousers, military coats and slouchy knitwear, rather than her signature body-skimming sheaths. As someone who favours the oversized boxy stylings of Marni, Jil Sander and Cos over the skin-baring cuts of Roberto Cavalli and Versace, this should be fashion heaven. Only it’s not that simple.

A morality campaign called Reflect Your Respect launched in 2014 to ensure visitors help preserve Qatar values through their choice of clothing. Members distribute informational leaflets coupled with flowers and chocolates—and even shawls—to offending parties. Fearful of a face-to-face run-in, I now approach my closet, which once promised an endless sea of choices, with trepidation. Everything is put to the kneecap test: does my Pink Tartan drop-waist dress reveal a glimpse of my thighs? Is the slit on my Carven skirt cut too high? A recent invitation to attend the Arab Woman Awards—a celebration of the nation’s most successful women in fields ranging from medicine to fashion—filled me with dread. Knowing that the female-only cultural event was surely a place where modesty prevailed, I surveyed my wardrobe and discovered it fell short of formal options that weren’t sleeveless. It wasn’t long after that i learned the importance of the topper: Stella McCartney’s silky pastel zip-front overcoat and 3.1 Phillip Lim’s rope-belted blazer are at the top of my spring shopping list.

Now when I add to my wardrobe, I look at potential purchases with a different mindset. Rather than wonder if something is office-appropriate, I ask myself, “would I be comfortable meeting my mother-in-law for the first time in this?” What should be an easy question to pose in a country that discourages revealing clothing (and even has a team of censors who comb through international magazines with sharpies to black out models’ lady parts from swimsuit editorials) is surprisingly anything but cut and dried. International brands that are mall staples at home—Zara, Mango, H&M and Topshop, to name a few—have all set up shop in Qatar, and their seasonal assortments are the same as those found on Canadian racks. The mannequins are outfitted in Kim Kardashian-style dresses and short flippy skirts—pieces that are reserved for under abayas or at private female-only gatherings. Underneath their long black robes, local women have just as much fun with fashion as westerners do. They can be dressed head to toe in Louis Vuitton, or even in their pyjamas.

I witnessed this fashion freedom first-hand when my job brought me inside the palace of one of Qatar sheikhas, a title given to a female member of the monarchy. Over coffee, we discussed our favourite designers and bonded over her fringed Marni sandals that she had effortlessly paired with a floral top, slim cropped black trousers and a chunky statement necklace. Despite wearing an abaya in public, the young royal was as well versed in the spring collections as any fashion editor. And why shouldn’t she know her Saint Laurent from her Givenchy? Thanks to Qatar staggeringly high GDP per capita (it ranked third highest in the world in 2013 at $93,714 USD, compared to Canada $51,958 USD), the number of luxury boutiques that are popping up continues to grow, fuelled mainly by a desire for leather goods and accessories. Flashes of red soles are a common sight inside Doha many malls, as are café tables lined with Chanel boys, Ralph Lauren Rickys and Gucci Jackies. For women who often wear their abaya even while working out, their choice of accoutrement is sometimes the only way of expressing their personal style to the outside world. For this reason, when Gucci produced only three of its lady lock bags in crocodile (about $32,000), one landed in the Qatar boutique.

I would like to say that i envy my new neighbours’ ability to throw on an abaya—inevitably avoiding those I-have-nothing-to-wear moments—but that wouldn’t be true. My style is part of my identity and I feel most like myself when it’s on public display. Despite the extra planning involved, I’m rising to the challenge of picking out my daily garb. My not-so-toned abs are quite happy that the crop top isn’t something Ill ever have to worry about in the desert. 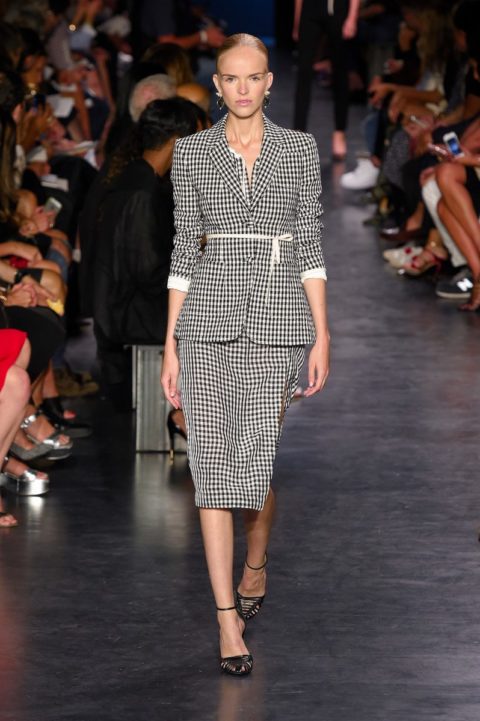 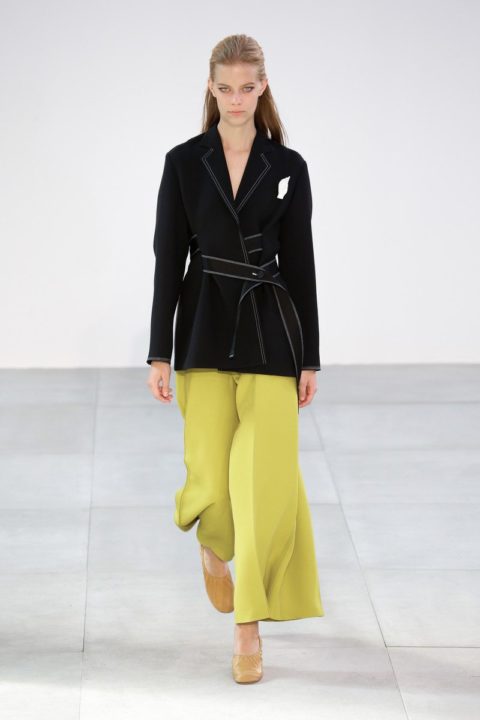 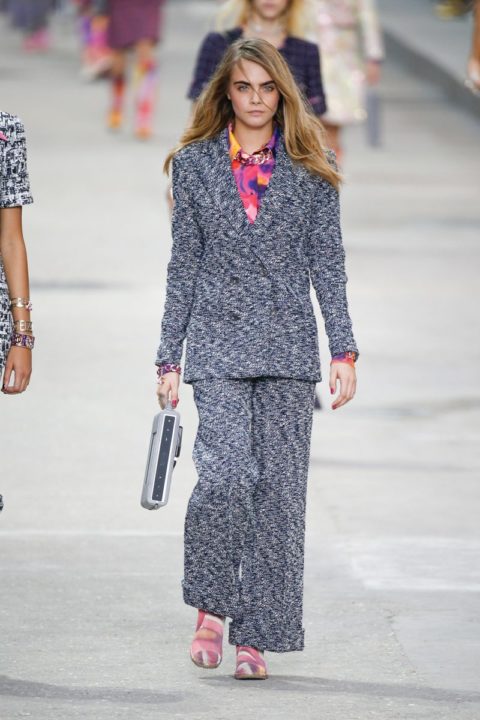 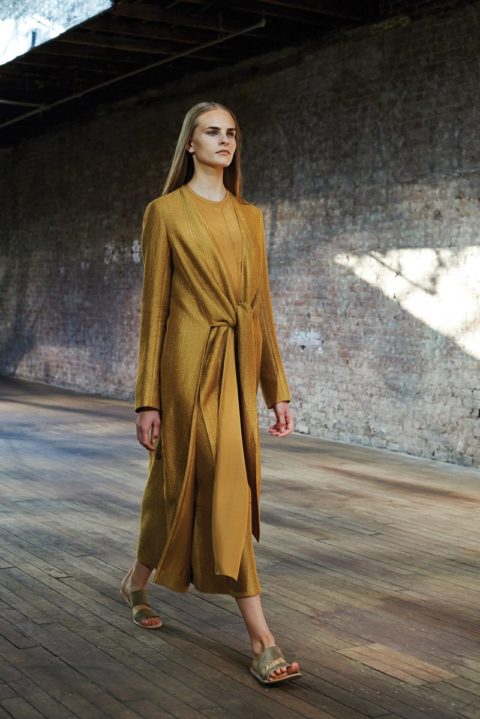 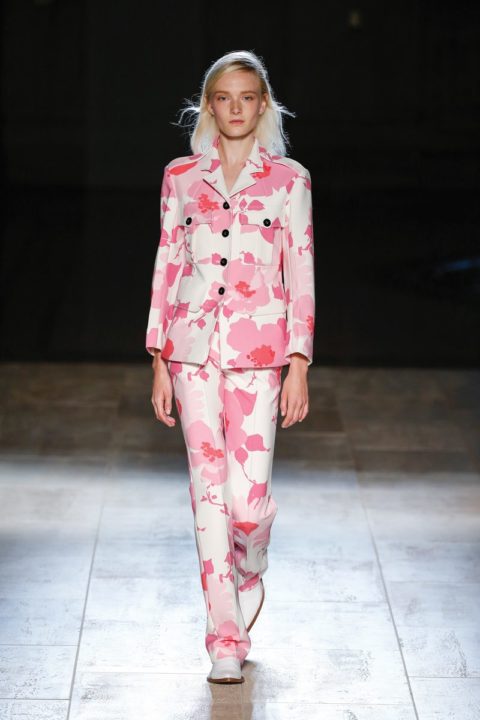