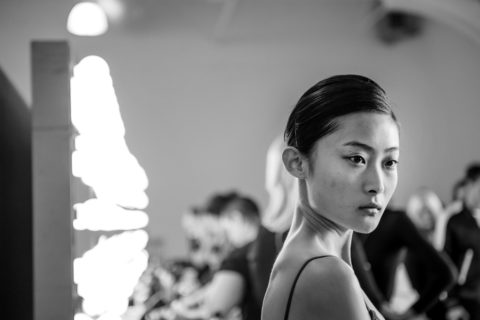 The reverberations of the #MeToo movement are being felt far and wide, beyond the realms of Hollywood. Last month, the New York Times published dozens of allegations by models and assistants against famed fashion photographers Mario Testino and Bruce Weber, and the fashion industry has since been scrambling to find its own way to deal with this reckoning.

It’s taken long enough but the Council of Fashion Designers of America and non-profit Model Alliance have come together to ensure the safety and privacy of models during fashion week.

Sara Ziff, founder of the Model Alliance, said in a statement to The Cut, “Models have raised concerns about invasive photography and lack of privacy while changing clothes backstage at New York Fashion Week. The Model Alliance takes these concerns seriously and we decided to take additional steps this season to ensure a safe and respectful work environment by providing private changing areas backstage.”

According to Women’s Wear Daily, in her pre-fashion week e-mail to members this season, Diane von Furstenberg, chairwoman of the CFDA, “emphasized the importance of creating a safe environment, asking designers, show producers and photographers to consider using venues for shoots and runway shows that have areas where models can change in privacy.”

For an industry that’s built around the concept of selling a fantasy, of worshipping the pretty new face or lithe new body on the scene, and of blatantly sexualising its (male and female) subjects, navigating the #MeToo era is going to be anything but straightforward. But at least this is a step in the right direction.

Photo by Jason Kempin/Getty
Get the best of FASHION in your inbox Thanks for signing up!
The latest fashion, beauty and celeb news delivered right to your email #FASHIONforall Now, check your inbox to complete your subscription
We won’t ever use your email address for anything else
Want even more FASHION? Follow us on social media.