Well, can’t say we didn’t see this coming. After almost a year of fashion dating, Marc Jacobs has finally made Miley Cyrus his girl a.k.a. the star of his Spring 2014 campaign. Always game for a wild one, Jacobs dressed the singer in fishnet for last year’s punk themed Met Gala, sat her front row at his fall show and most recently, featured her nudie bootie in his range of iconic “Protect your skin” T-shirts.

For Marc Jacobs’ Spring 2014 ad campaign, the designer casts Cyrus as a modern-day Christopher Columbus, perched in the sand in his Hawaiian pirate wares. Staring off into the distance, Cyrus wears a fairly uncharacteristic facial expression (and by that we mean no tongue), which falls perfectly in line with the earnest nature of her latest single, “Adore You.” Fitting, cause we pretty much adore everything about this pop-fashion meet-cute.

UPDATE: According to WWD, the campaign was shot by David Sims, which marks the first time in recent history that Jacobs parted with Jeurgen Teller. “I have worked with Juergen for years and love him as an artist,” Jacobs said. “He just didn’t want to shoot her.” Ouch. As for the designer’s thoughts on Cyrus, he shares: “We all just love her and her entire being, her energy, her talent, her intelligence, everything,” he said. “There’s nothing I don’t like about her. She is just genuine and very natural.” 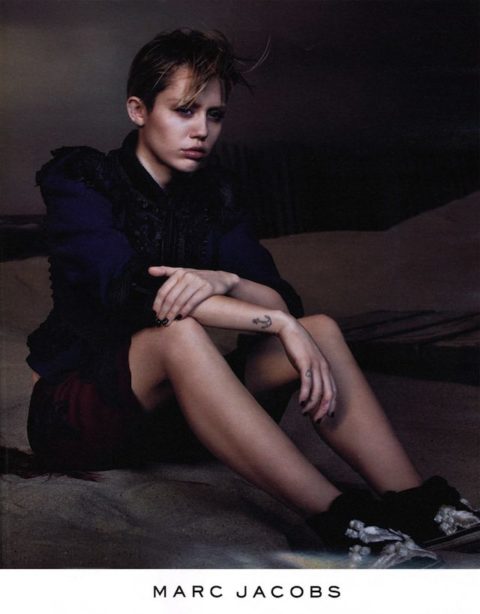 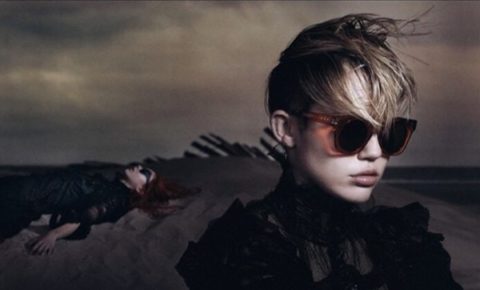 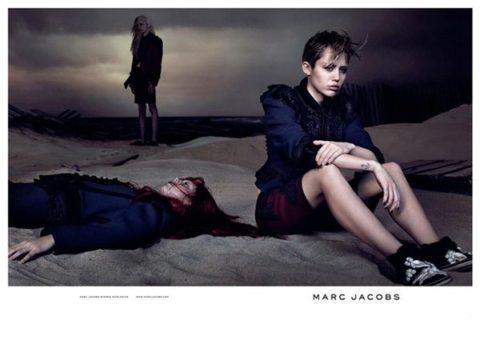