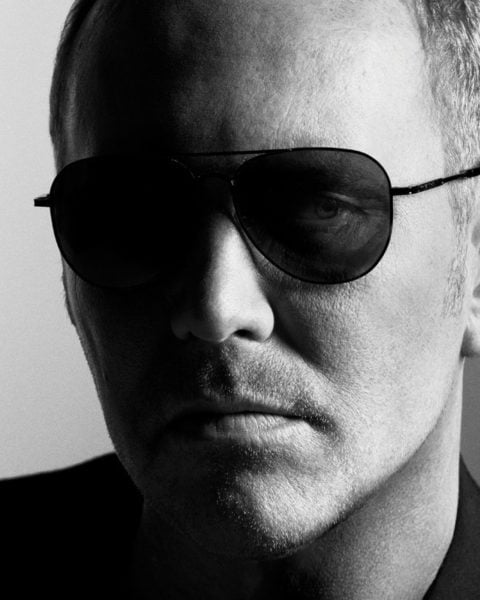 In celebration of Michael Kors’ 35th fall show, we took a deep dive into his life and career. Sequins for day might not sound like a big deal now but when Michael Kors sent them down his spring 1990 runway, they sure were. His cotton shorts covered in transparent sequins were a head-scratcher. So were the other suped-up basics strutting by on Cindy Crawford, Linda Evangelista and Naomi Campbell. But Kors, then 30, felt women with jet-set lifestyles needed casual pieces for jumping on boats and planes. And he was pretty sure that they wanted those pieces to be just as glam as the rest of their wardrobes. Not only was he right, but his vision became the basis for a multibillion-dollar empire. Unlikely combinations are his way of keeping customers hooked and 35 years later his fan base is bigger than ever.

Scroll down for a walk down Michael Kors memory lane.

1978: Kors drops out of New York’s Fashion Institute of Technology at 19 and starts selling clothes out of a boutique across from Bergdorf Goodman. Bergdorf’s fashion director Dawn Mello discovers Kors and his clothes have been carried there ever since.

1991: Ten outfits into Kors fall fashion show in a downtown warehouse, a huge chunk of plaster comes crashing down onto the runway, narrowly missing a model and leaving a writer with a bump on the head. Models declare: “We live for fashion. We don’t want to die for it.” Shows move to a centralized hub, paving the way for sponsorships and the commercialization of fashion weeks everywhere.

2004: After every other major designer turns down the gig, Kors signs on as a Project Runway judge in and becomes an internationally famous reality TV star.

2010: Gwyneth Paltrow and Carmen Kass escort Kors to the CFDA Awards where he becomes the youngest recipient of the Geoffrey Beene Lifetime Achievement Award.

2011: In January, Kors conquers the NY Stock Exchange and becomes the biggest IPO in US fashion history.  He is officially declared a billionaire in 2014.

2013: Kors creates the 100 Series watch with proceeds going to the UN World Food Programme. To date, more than five million meals have been fed to needy children.