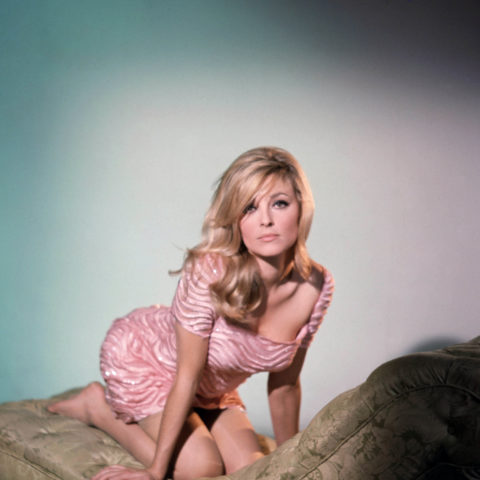 The Met Gala, By Definition, is Not Camp

Writer Tatum Dooley explains why Susan Sontag herself would not have appreciated this year's Met Gala theme.

“Are you serious, Tony?” Sharon Tate asks in the bicoastal drama Valley of the Dolls. “You know I am, baby,” Tony replies. This line of dialogue—nay, the whole film—is the definition of camp: overacted, sincere, experimental and kitschy. It’s my favourite movie.

The theme for the 2019 Met Gala, “Camp: Notes on Fashion,” draws inspiration from the late Susan Sontag’s famous essay “Notes on Camp,” but atten­dees of the glitzy event may find they have difficulty pulling off the theme. A main tenet of camp is that it’s ironic but not purposely so, creating an impossible task. How do you dress unironically on purpose? It’s impossible. The attempt to dress camp automatically negates itself as camp. Camp is accidental. Deliberate camp lacks the charm of naïveté. Camp on purpose becomes a subversion of tackiness rather than cele­brated unpretentiousness.

A main tenet of camp is that it’s ironic but not purposely so, creating an impossible task. How do you dress unironically on purpose?

There’s no better example of this than Moschino’s The Price Is Right-themed Fall 2019 collection—two-piece suits emblazoned with million-dollar bills, bedazzled sweatsuits, off-the-shoulder prom dresses fit for a small-town homecoming queen…. Designer Jeremy Scott declared himself the “King of Camp” in backstage interviews. But the collection is a mélange of what Scott seemingly thinks camp is: a pastiche of working-class fashion—what someone might wear to the casino on a special night out in Niagara Falls. It misses the point that translating these looks into high-end (and high-priced) runway looks shifts the aesthetic away from the sincere extravagance they originally had. It’s remiss to think this certain aesthetic is more camp than, say, an off-the-rack gown from a department store or a slightly outdated fad (say, wearing a tie over a T-shirt or as a belt).

“Camp sees everything in quotation marks. It’s not a lamp, but a ‘lamp’; not a woman, but a ‘woman.’ To perceive Camp in objects and persons is to understand Being-as-Playing-a-Role. It is the farthest extension, in sensibility, of the metaphor of life as theater,” wrote Sontag. With this in mind, Virgil Abloh’s penchant for quotation marks could be seen as the ultimate example of contemporary camp. I’d accept his quotation-mark-laden designs on the Met Gala carpet as the best contenders for true camp, if only for their literal-mindedness.

Virgil Abloh’s penchant for quotation marks could be seen as the ultimate example of contemporary camp.

Late in life, Sontag denounced “Notes on Camp,” feeling it was intellectually passé. I imagine she would have found camp as the theme for the Met Gala improbable—and infuriating for drawing attention to what she deemed a lesser work in her vast oeuvre. Plus, the fact that so many would readily misinterpret her meaning of camp and all its nuances would be sure to irk.

Toward the end of Valley of the Dolls, Neely, the scrappy showgirl, goes to a sanitarium to get sober. “Once a week we have a dance—it’s really camp,” she says. With this meta-wink to the campiness of the film, she hints at a bigger possibility: Like the straitlaced dance that Neely attends, maybe the act of having a Met Gala once a year is camp enough in its eagerness. Since most stars who grace the Met Gala carpet don’t bother to follow the theme, perhaps it doesn’t matter if camp is impossible. Maybe it’s camp just to go.