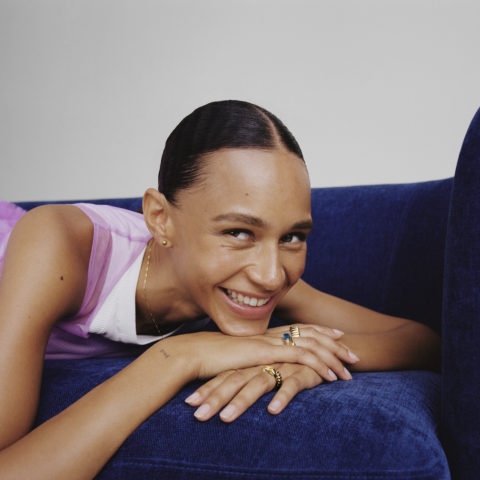 The brand is celebrating its best-selling — and most celebrity-beloved — pieces with the new Icons campaign.

Since its launch in 2015, Canadian brand Mejuri has made its mark in the fine and demi-fine jewellery scene, and redefined the concept of direct-to-consumer shopping, offering accessible pricing on highly covetable pieces. With accessories that have become bona fide must-haves, some Mejuri collections have risen to classic status already — a feat that can take some brands decades to achieve. For its new fall campaign, the brand has tapped two modern-day supermodels: ’90s fashion industry trailblazer and living legend Christy Turlington (who could forget her truly iconic Calvin Klein Eternity ads? Swoon.) and world-renowned runway regular Binx Walton, who has fronted campaigns for labels like Tom Ford, Céline and Saint Laurent (NBD).

Mejuri’s new campaign highlights the brand’s most iconic, and best-selling, collections to date: the Dôme, the Croissant, the Charlotte and the Heirloom. *Does mental tally of how many pieces I own from each collection. Three out of four, you?*

Thanks to designs that are timeless while being anchored in modernity, these pieces are beloved by Mejuri’s online community and have garnered a pretty epic celebrity fanbase, including high-fashion figures like Cara Delevingne and Bella Hadid who have been spotted in the Mejuri pieces. Read on for a look at the collections featured in Mejuri’s fall campaign.

The Dôme ring is the original Mejuri design, and it has inspired 45 different iterations, making it a jewellery staple for any occasion.

Inspired by the Parisian baked good, the Croissant collection’s bold designs have made it the brand’s most popular to date. It now also comes covered in paved diamonds (yes, please!). Below, model and actor Cara Delevingne wears the Large Croissant Dome Hoops.

The Charlotte collection is an homage to another sweet treat: the famous shape of the French Charlotte cake. The design is beloved by many fans, such as Dove Cameron, who is pictured wearing the Charlotte Bold Ring.

Mejuri’s Icons collection is now available to shop online and in its six retail locations.

Photography courtesy of Shaniqwa Jarvis/Mejur
Get the best of FASHION in your inbox Thanks for signing up!
The latest fashion, beauty and celeb news delivered right to your email #FASHIONforall Now, check your inbox to complete your subscription
We won’t ever use your email address for anything else
Want even more FASHION? Follow us on social media.