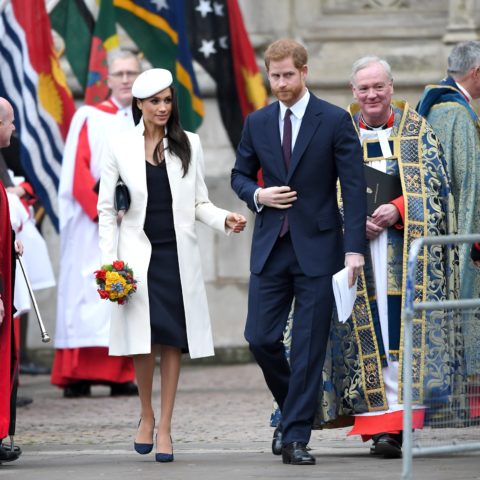 It's a style Princess Diana favoured too

Meghan Markle joined her future family, including the Queen of England, at Westminster Abbey for a prayer service in honour of Commonwealth Day, an annual celebration of the Commonwealth of Nations, which includes countries like Canada and Australia.

The royal-to-be chose a navy dress for the occasion, worn with a sleek white Amanda Wakeley coat and a white beret by Stephen Jones. The famed designer was also the milliner of choice for Princess Diana, who frequently stepped out in berets of varying styles herself.

Meghan Markle's beret today is by Stephen Jones, also preferred milliner of the late Princess Diana, who wore one of his berets in 1982. I love a fashion homage. Also, I'm not crying, you're crying. pic.twitter.com/VRR9OVmj4y

Markle is clearly partial to the sleek hat style—her last appearance with a chapeau (on Christmas Day) was part-beret, part-fascinator by another iconic milliner, Philip Treacy.

Meghan Markle wore a hat designed by Philip Treacy this morning at Sandringham in Norfolk.

So that’s two beret sightings already, each unique in their own way. We can’t wait to see what she picks next.