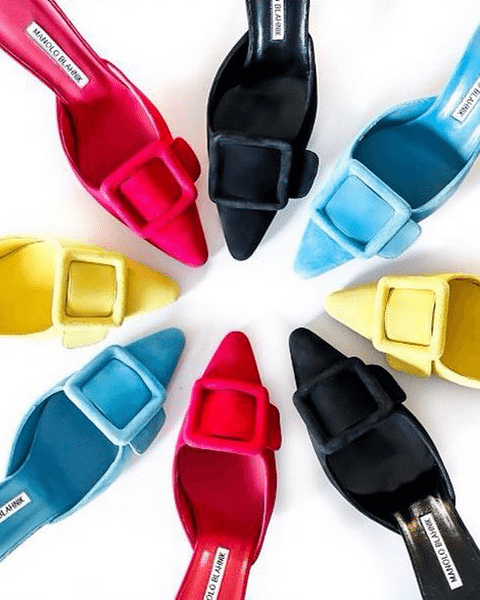 "The king of shoes."

Manolo Blahnik is stepping onto the big screen with a documentary film about the legendary footwear designer, whose extraordinary shoes have graced the soles of everyone from princesses to pop stars over the last 40 years.

Set to be released on September 15, Manolo: The Boy Who Made Shoes For Lizards features a behind-the-scenes look at Blahnik’s incredible life, starting with his youth on the Canary Islands of Spain. Directed by Michael Roberts, a confidante of the house and a good friend of Blahnik, the biopic includes interviews with many fashion industry icons like Anna Wintour, Andre Leon Talley, Karlie Kloss, Naomi Campbell and Iman. “Having known Manolo for over 45 years, I can say he is a multifaceted intellectual and romantic whose engaging mind and ingenious work is made for entertaining cinema,” Roberts said in a statement that was recently released.

The teaser clip also includes old footage of a young Blahnik playing with lizards (the film’s title nods to his love of these creatures; he even made shoes for them during his youth on the Canary Islands).

From Carrie Bradshaw’s love of Manolos in Sex and The City to the brand’s glittering A-list clientele (Manolos are a red carpet staple of any female celeb), women have had a long love affair with these iconic shoes. Besides incredible craftsmanship, Blahnik knows how to keep the flame burning with hot new styles, like his recent collaboration collections with Rihanna (RihannaxManoloBlahnik) and Vetements (VetementsxManoloBlahnik). Kendall Jenner catapulted the former into the spotlight when she posted a selfie wearing the capsule collection’s orange waist-high boots, sans top.

Check out the film trailer below, and keep your eyes peeled for all of the industry insiders featured throughout the clip. “I can’t remember the last time I wore anybody else’s shoes, I mean I just don’t look at them,” says Vogue’s Anna Wintour in the video. “He’s the king of shoes,” declares Naomi Campbell. Enough said.