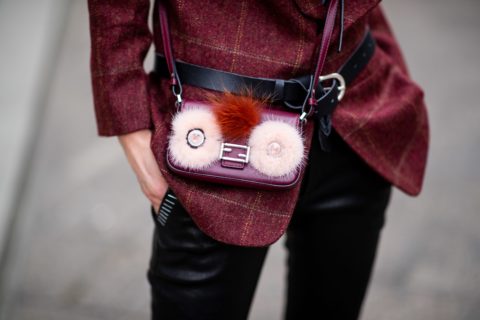 This might be one of the most woke fashion months we’ve ever had. First Gabriela Hearst held a carbon neutral show, then Gucci announced it is now entirely carbon neutral, followed by its parent company Kering making a similar proclamation overnight. Now, LVMH has announced new guidelines around the sourcing of animal products, specifically fur, wool, feathers, leather and exotic leather.

According to WWD, by 2025, the company (which owns famously vegan brand Stella McCartney, as well as Celine, Bvlgari, Dior and fur-famous Fendi) “will ensure full traceability for animal products, compliance with the most advanced animal welfare standards for 100% of raw materials, and a reduction of the environmental impact of the processing of all animal-based materials.”

The new sourcing guidelines focus on three areas: 100% traceability of origin, ethical farming and trapping conditions, and respect for workers, the environment and biodiversity. A video on the company’s website, says, “Nature inspires us and provides our designers with precious raw materials as the basis for our exceptional, long-lasting products our maisons are known for, so it’s our duty to respect it.”

The company points out that it has already made strides in certain areas, with 48 per cent of its leather coming from tanneries certified by the Leather Working Group (with the aim of 70 per cent by year’s end), as well as its charter on sourcing crocodile leather. “In 2019, after six years of intensive collaboration with farmers and scientists, we launched the first standard for the responsible sourcing of crocodile leather. By 2020, 100 per cent of the partner farms working with LVMH tanneries will be audited by an independent third party to obtain certification in respect of animal welfare, conservation and social and environmental performance,” the video explains.

Furthermore, the charter outlines measures to protect workers and artisans in all communities associated with the company and its brands.

As noted by WWD, the company’s carbon emissions have already decreased by 16 per cent “in spite of considerable sales growth” between 2013 and 2018.

Photo by Christian Vierig/Getty Images
Get the best of FASHION in your inbox Thanks for signing up!
The latest fashion, beauty and celeb news delivered right to your email #FASHIONforall Now, check your inbox to complete your subscription
We won’t ever use your email address for anything else
Want even more FASHION? Follow us on social media.