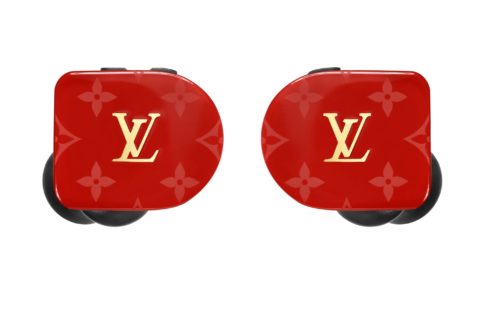 Will the designer tech spark a shopping frenzy?

For the most part, headphones are pretty utilitarian. But every so often, a version comes along that causes something of a frenzy: we saw it with Beats by Dr. Dre, we saw it with Apple’s AirPods. And now, with Louis Vuitton entering the headphones game, are we about to see it again?

The French fashion house just announced the launch of their Horizon wireless earphones, a fashion-tech crossover in which cutting-edge technology meets monogrammed luxury. They retail for a pretty penny ($995) but perhaps the lure of a designer spin on an everyday gadget—developed by audio specialists Master & Dynamic—might be enough to get people to take the plunge. A single charge gives the earphones 3.5 hours of listening time, while the sleek charging case they come in holds enough juice for two more full charges. They come in four different styles, ranging from subtle black and white to an eye-catching red monogram and blue-and-yellow LV stripes.

Up until now, no fashion designer or label has really tried to enter the headphone market, although brands have certainly created limited edition designs for existing companies and products, like bands for smart watches, cases for phones, and even patterns for refrigerators (you may recall the SMEG and Dolce & Gabbana collab of 2016). While headphones aren’t typically the sort of items that spawn crazy waiting lists, we do know that Apple’s massively successful AirPods went on to inspire their own memes and meetups, so we’ll just have to wait and see what happens when these hit the market on January 24.

Photography via Louis Vuitton
Get the best of FASHION in your inbox Thanks for signing up!
The latest fashion, beauty and celeb news delivered right to your email #FASHIONforall Now, check your inbox to complete your subscription
We won’t ever use your email address for anything else
Want even more FASHION? Follow us on social media.