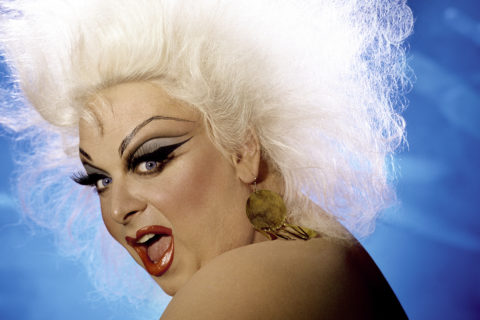 "I think it is a timely initiative, in that it is a celebration of creative freedom and challenging the world order."

Although Pride month looks a little different this year, brands are still releasing collections to mark the occasion in style. Now, Loewe has unveiled its Pride month collection which has a unique spin – the entire collection is dedicated to performer Divine (nee Harris Glenn Milstead).

Divine is a legendary drag icon, who starred in a series of John Waters films in the seventies and eighties, including Pink Flamingos, Lust in the Dust and Hairspray. Once called “the filthiest person alive,” Divine “preempted the glorification of trash, the mix of high and low, the fantastic erasure of gender barriers,” explains designer Jonathan Anderson in a release. He added that Divine “was quite simply larger than life. He was in every sense – as a man, a performer, a personality and a body. To me, he is the embodiment of self-determination.” As such, Anderson “thought it was time to celebrate him, the LOEWE way: with a capsule collection inspired by his looks and a museum exhibition honouring his artistry.”

Although COVID has scuppered any plans to host the exhibition anytime soon (an updated virtual format is live now with the hopes that an in-person event can take place in the future), the brand has pressed on with a smaller, limited-edition collection, which officially launches tomorrow. It consists of three T-shirts and a Cushion tote bag, each of which will be available to purchase online. The shirts feature Divine’s image, as well as the quote, “Is this ‘woman’ the filthiest person alive?” – a nod to the original tabloid article that featured the phrase in reference to Divine. 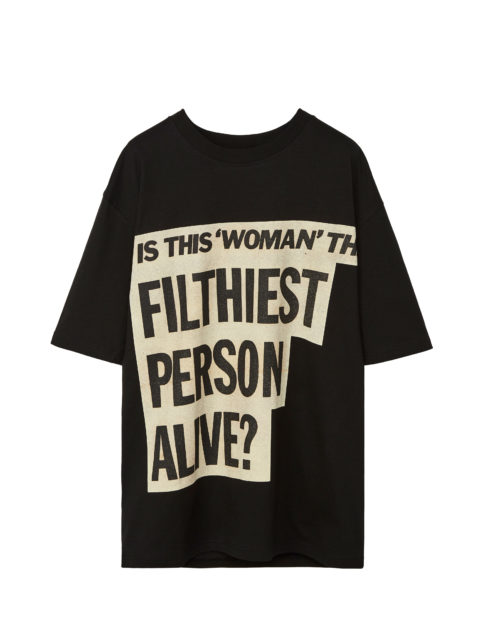 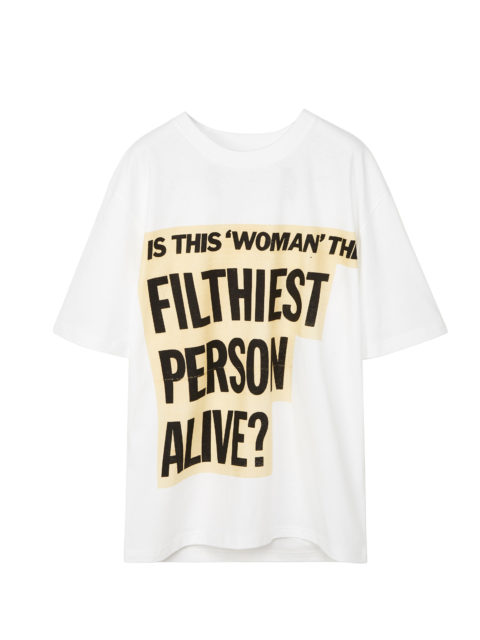 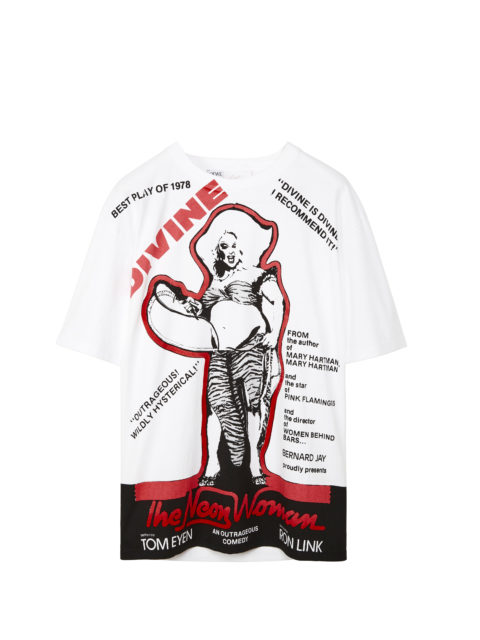 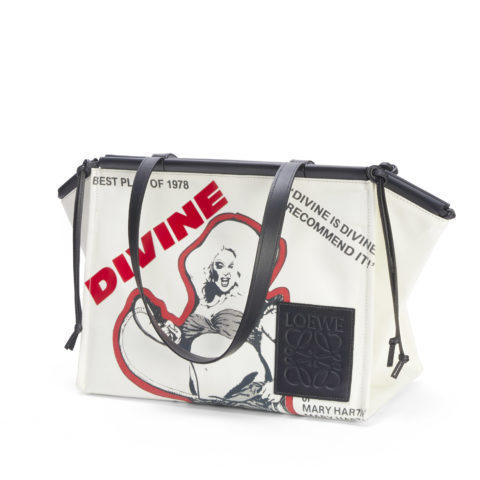 The brand also revealed that 15 per cent of the proceeds from the collection will be donated to Visual AIDS, “an organization which utilizes art to fight HIV/AIDS by provoking dialogue, supporting artists living with HIV, and preserving a legacy.” Additionally, the brand will also make a donation to Baltimore Pride – the American city was home to Divine, and the Baltimore Pride organization is a Black-led LGBTQ+ organization. “We are honoured to support their work,” said Anderson.

At the end of the release, the designer said, “This project has been an exciting creative challenge. I think it is a timely initiative, in that it is a celebration of creative freedom and challenging the world order. That’s what Divine was all about: creating his own incredible world, no matter what. Now more than ever, that’s what we all should do.”

Get your hands on the collection (and see the virtual exhibition) here.

Photograph courtesy of Loewe
Get the best of FASHION in your inbox Thanks for signing up!
The latest fashion, beauty and celeb news delivered right to your email #FASHIONforall Now, check your inbox to complete your subscription
We won’t ever use your email address for anything else
Want even more FASHION? Follow us on social media.