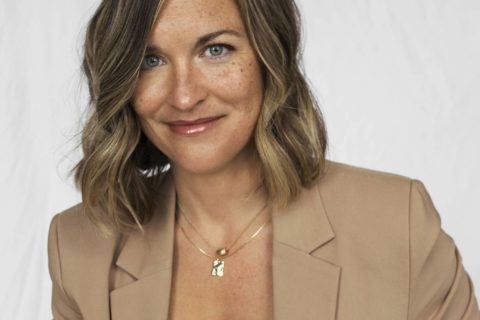 “This contest is a little push to help a woman go to the next level with her business.”

In an effort to inspire and support female Canadian entrepreneurs, Mélissa Lambert — founder of the eponymous Montreal-based vegan leather accessory label — has created a contest in honour of International Women’s Day.

The She Leads! initiative offers a grant valued at $5,000 to its winner; $2,500 of the funding will go towards the creation of marketing materials, with the second half allocated to 12 months’ worth of coaching from Lambert and members of her brand’s team.

Lambert — whose line launched in 2017 with three bag styles, and has since expanded to include products across gender categories — was partially influenced to create the contest based on her own experience appearing on Dans L’Oeil du Dragon (the Quebecois version of the business-focused show Dragon’s Den).

“At the beginning, I didn’t talk about my project at all,” she recalls about conceiving the idea for a bag brand after coming up empty-handed during her search for a chic-yet-practical maternity bag while pregnant with her second child. Because of her background in the telecommunications sector and with no formal design training, Lambert said she wasn’t forthcoming about her ambitions because she had a sense of imposter syndrome — a notion that’s reported to disproportionately affect women, people of colour and members of the LGBTQ+ community.

The positive feedback she received from the panelists on Dans L’Oeil du Dragon — as well as the outpouring of interested retailers and customers who saw her on the show — spurred Lambert forward. “It made me think, okay, you’re in the right place with this. And it gave me the confidence to continue.”

Now, she’s looking to give some of that energy back with the She Leads! contest. “I read that female entrepreneurs [have been] most affected during COVID,” Lambert notes, highlighting that the pressure on women as they juggle careers and child-rearing duties has endured significant additional strain as schools and child-care options have been put on hold. It’s a reality that deeply resonates with Lambert, a mother of small children herself when she launched her label.

“If you’re at the beginning of your brand, you can be discouraged,” she says about the many facets of entrepreneurialism that have undergone further challenges throughout the pandemic. “This contest is a little push to help a woman go to the next level with her business.”

As for Lambert’s own company, its push forward comes from several projects in the works including further expansion into the Canadian market (it currently has over 200 retailers in Quebec and does a robust national business online), as well as the forthcoming introduction of bags with a lining made from 100 percent recycled materials. She says her team is also researching vegetable-based materiality for future designs, and Lambert adds that they’re looking at upcycling and recycling options for the brand’s own pieces as a way to make its mandate even more sustainability-focused.

“The objective isn’t about the money, it’s about circularity,” Lambert says, adding that when she started the brand, the use of vegan materials wasn’t as common as it is presently. She goes on to say that while eco-conscious textiles are certainly on everyone’s minds these days, there’s a momentum behind their use that takes them beyond mere trend. “I don’t like the word trend,” she notes. “I think of it as a game-changer.” And the same could be said about Lambert’s efforts to give back, too.

Photography courtesy of Lambert.
Get the best of FASHION in your inbox Thanks for signing up!
You’ll get the latest fashion, beauty and celeb news delivered right to your email Now, check your inbox to complete your subscription
We won’t ever use your email address for anything else
Want even more FASHION? Follow us on social media.