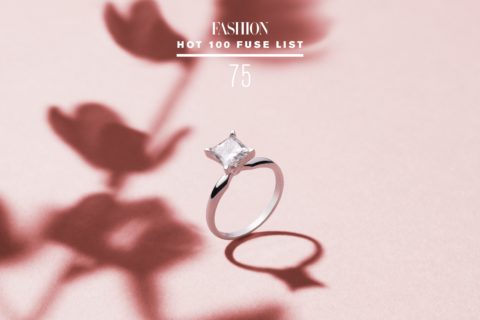 Lab Diamonds VS “Real” Diamonds: We Break Down the Ethics, Cost and Environmental Impact

“They’re not unique or billions of years old; they’re not from nature. You could just produce more and more of them. So consumers didn’t feel they should be valued as highly.”

In our Winter issue, FASHION editors rounded up the 100 people, products and experiences we think will blow up in 2019. It’s our inaugural Hot 100 Fuse List. From the workouts you’ll be doing, to the new designers and artists you’ll see on your feed, this is your guide to being in the know this year. With the FTC’s new stance on lab diamonds and the debate around the ethics and environmental ramifications of mined diamonds, we predict consumer interest in—and access to—lab diamonds will be bigger than ever in 2019.

Rue Saint-Honoré, in Paris, is the stuff of retail dreams. It’s not unusual to see a lineup snaking outside the Balenciaga boutique, a stone’s throw from Goyard’s flagship, while a Porsche idles in front of the Mandarin Oriental hotel. It’s also where Swarovski hosted a fall preview during Paris Fashion Week earlier this year. Tucked in the back of the showroom is a smaller room devoted to Atelier Swarovski. This is home to high-end pieces such as designer collaborations with Mary Katrantzou and Jason Wu. It’s also where you’ll find the brand’s Red Carpet collection, which features lab-created diamonds.

“Not even trained jewellers know the difference,” says one publicist of the lab- versus mined-stone debate. Nadja Swarovski, a member of Swarovski’s executive board, might be part of a crystal empire built on the idea of “a diamond for everyone,” but even she once described lab diamonds as a “conscious luxury” for people who “want to know where their products come from.” A few months later, Swarovski announced that its lab-diamond brand, Diama, would be integrated under Atelier Swarovski, with pieces starting at $595 U.S.

Mined diamonds, the ones we’ve learned to love in part because of De Beers’s post-Depression-era marketing campaigns, were formed over 150 kilometres below the earth’s surface, in the mantle. There, high pressure and temperatures turned carbon atoms into diamonds over the course of a billion years or more. A laboratory setting can recreate conditions present deep within the earth and complete the process in as little as 400 hours.

It’s space age, and a little freaky, to think that the world’s most “romantic” stone can come from a lab, but it’s not entirely new. Lab diamonds used primarily for industrial purposes have been around since the 1950s, but clean, gem-quality diamonds made an appearance in 2006, not long after the film Blood Diamond, starring Leonardo DiCaprio, which exposed the sinister side of high-priced gems and how mining in war zones can help finance warlords with illicit diamond sales. DiCaprio is also a backer of the California-based Diamond Foundry, one of the industry’s biggest lab-diamond producers.

Buying a diamond shouldn’t be like buying a diamond. At Spence, you can reach into any display and try on as many styles as you like! . . . . . #SpenceDiamonds #CreatedbySpence #Spence #Diamonds #EngagementRings #DiamondExperience #JewelryAddict #RingSelfie #PutARingOnIt #Bling

At the Mississauga, Ont., showroom for Canadian retailer Spence Diamonds, display cases of engagement rings are divided into style categories like Modern, Solitaire, Vintage and Halo. The cases are open, so you can just reach in and try an item on. (All the engagement rings in the showroom contain placeholder glass.) Flip a ring over and you’ll see a tag with two prices: one for “mined” and another for “ACD,” or “artisan created diamond,” which is Spence-speak for lab diamond.

Innocently enough, I ask Spence CEO Eric Lindberg if lab diamonds are as good as mined. “‘Good’ is an arbitrary word,” says Lindberg. “I would say this: A lab diamond, from an atomic standpoint, is identical to a mined diamond in the structure of that stone. From a physical chemical property standpoint, it’s exactly the same as a mined diamond. Jewellers cannot tell them apart.”

“From a physical chemical property standpoint, it’s exactly the same as a mined diamond. Jewellers cannot tell them apart.”

And the United States Federal Trade Commission (FTC) would agree. In July 2018, the FTC amended its jewellery guidelines to allow lab diamonds to be marketed as “cultured,” the way pearls are. The term “natural” is out because, as the FTC wrote, it’s “now possible to create products that have essentially the same optical, physical and chemical properties as mined diamonds.”

In the showroom, I admire a ring with a simple princess-cut diamond that would cost $8,550 for a mined stone and $6,600 for an ACD. The store’s director of sales shows me two diamonds: one mined, one lab. To my untrained eye, the only difference between them is that the mined diamond has a minor, yet charming, flaw.

“Ethically, if you have concerns about buying a diamond, a created diamond comes from a laboratory facility that is shipping that diamond directly to us; it’s trackable,” says Lindberg. “Tearing a big mine in the ground and then shipping diamonds around the world—that is not an environmentally-friendly practice.” Spence also donates a portion of its ACD sales to the global non-profit Not for Sale, which helps victims of human trafficking.

“Tearing a big mine in the ground and then shipping diamonds around the world—that is not an environmentally-friendly practice.”

There’s also the matter of pricing: Lab-created diamonds at Spence are 25 to 50 per cent larger than similarly priced mined ones. Which is how De Beers, the world’s largest diamond distributor, pulled the jewellery equivalent of a mic drop when it unveiled Lightbox, a subsidi­ary now selling lab-diamond jewellery online. Lightbox pieces are priced lower than those of competitors (a quarter-carat stone starts at $200 U.S.) and advertised in a way that recalls long walks on the beach, frosted doughnuts and pink Champagne.

It’s worth noting that De Beers was part of the 2015 “Real Is Rare” worldwide campaign by the Diamond Producers Association that targeted millennials and took aim at lab diamonds. David Johnson, head of strategic communications at De Beers, says that Lightbox is a response to exhaustive consumer research. “They [consumers] don’t see [lab diamonds] as having enduring value,” says Johnson. “They’re not unique or billions of years old; they’re not from nature. You could just produce more and more of them. So consumers didn’t feel they should be valued as highly.”

This ring! It’s the trickiest and longest job I’ve ever taken on. Audrey and Bertie were adamant they wanted lab-made diamonds, and they loved a previous trilogy ring that we’d made. However, who knew ??‍♀️ it’s so difficult to acquire lab-made diamonds in matching pear shapes! I literally scoured the world. I had suppliers in India, USA, Russia, China, Japan and Australia of course, hunting for these pears. After three months, I finally found one pair in the USA. The relief. This ring drove me ‘round the twist, but the outcome is worth it. Undeniably beautiful, ethical and made with love. I’m so happy Audrey and Bertrand never gave up on me ?

Value. What we value is a conundrum I remember well from my own engagement. My then-fiancé knew not to propose with a ring; I had to be involved because I was far too sophisticated to be bedazzled by a diamond. In the end, I proved to be more conventional than I thought—yes, there’s a diamond in my wedding band. But my next diamond will probably be lab-made because—what with a mortgage, kids and educations to finance now—it’s not as important to me as it once was.

It’s a similar story for Spence shopper Michael DoBush of Edmonton. He purchased a white-gold infinity band with a 3.10-carat round brilliant-cut diamond and 13 quarter-carat diamonds to replace his wife’s ring after it was stolen in a break-in. “Sounds like a sad story, but it was our fifth wedding anniversary,” says DoBush. “The end result was a larger ring for less money without sacrificing quality, and the ethical aspect was important.”

“There are consumers under a certain age who have grown up thinking that technology solves everything and this is yet another example of ‘Well, of course technology solved this problem.’”

That sliding-value scale is what will either help or continue to hurt the lab-diamond marketplace. But people like Lindberg are optimistic. “There are consumers under a certain age who have grown up thinking that technology solves everything and this is yet another example of ‘Well, of course technology solved this problem,’” he says. “Technology now allows us to have a diamond that’s equally beautiful, and it’s bigger, and I know it comes from an ethical source. That makes all the sense in the world.”