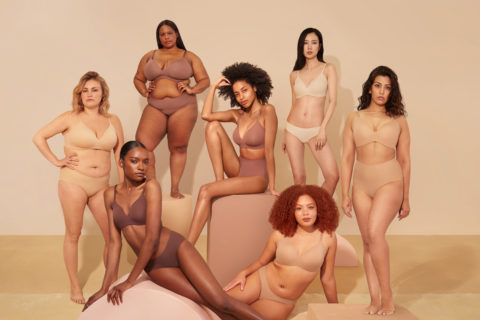 The Canadian brand is the first brand to ever make period-proof underwear in neutral colours.

Canadian intimates brand Knix is extending its shade range today with the launch of Knix Nudes. The new collection features three of the brand’s best-sellers – the Wing Woman Contour Bra, Leakproof Underwear and Thigh Saver – in five beautiful nude shades, inspired by feedback from its customers. In fact, the brand worked with a diverse group of women to finalize the inclusive five shade range, which it says matches an “array of skin tones.”

The collection, which has been a year and a half in the making, also features one pretty giant first: the brand is the first underwear label to ever offer leakproof underwear in neutral colourways. The brand conducted a poll of its Instagram followers and found that 87 per cent of women avoid wearing light colours when on their period, and even amongst those that do opt for a lighter colour, 92 per cent worry about a leak.

“Wearing light colours is always tricky for women because finding intimates that match your skin properly can be tough, add your period on top of that, and it can feel next to impossible,” says Joanna Griffiths, the brand’s CEO and founder, in a release. “We are conditioned as young girls to think that having a period leak while wearing white is the end of the world. Even with the progress that we have made as a society not to fear menstruation but to celebrate it, we are still seeing people propagating this message.” She added, “Every woman should be able to wake up in the morning, put on whatever outfit makes her feel best, and have the confidence that her intimates will support her throughout the day. She shouldn’t have to worry about her intimates being noticed or having a leak of any kind. In fact, she shouldn’t have to think about her underwear at all until she has conquered her day.”

The Leakproof underwear in the collection is available in high-rise, boyshort, bikini, cheeky and thong options.

Not content with just one milestone achievement, Knix is also furthering its inclusive approach by expanding its size range to include XXXL for the first time across the Knix Nudes collection.

Discover some of the Knix Nudes collection below: 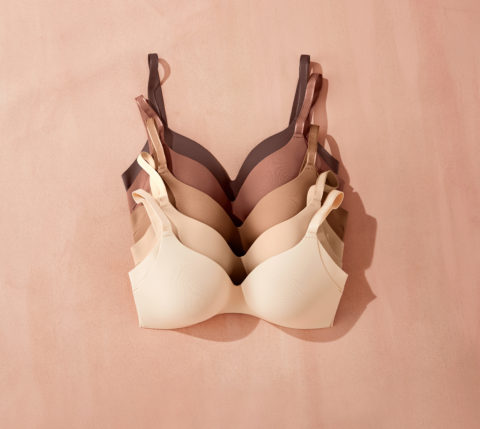 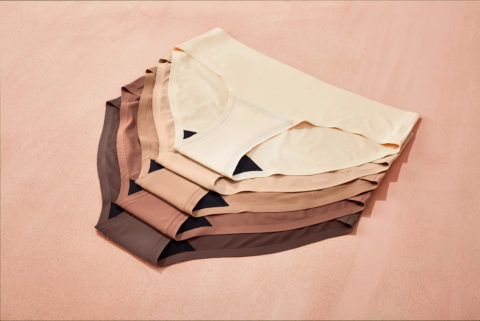 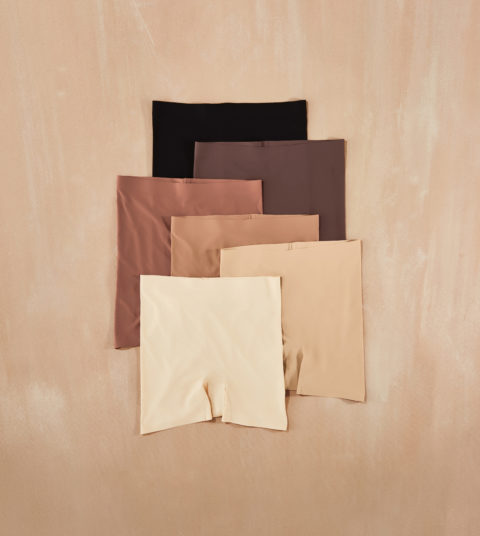 The Knix Nudes collection is available online from today.