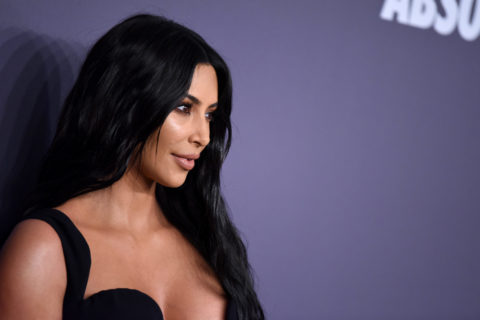 Plus, Kenzo gets a new creative director and Prada makes an eco-friendly move...

In February 2019, British fast fashion retailer Missguided posted an image of a bronzed model in a gold dress captioned, “The devil works hard but Missguided works harder.” A nod to the popular adage about Kris Jenner, the caption was a wry nod to the fact that just hours earlier, Kim Kardashian had posted a picture of herself wearing a similar dress captioned with the plea, “P.S. fast fashion brands, can you please wait until I wear this in real life before you knock it off?” Some critics suggested the confluence of the two posts was too close for comfort, suggesting Kardashian might be in cahoots with Missguided, receiving payment from the brand to leak her photos before she posted them. Now, Kardashian is getting paid by the retailer, but not in the way some suspected. This week, Kardashian was awarded $2.7 million in damages by a California court for trademark infringement from Missguided, who did not defend themselves.  The court also ordered a ban on using Kardashian’s “trademarks in connection with the sale, marketing or distribution of its products.” Missguided’s response? “We note the view of the California Court. The legal process has not yet reached a conclusion.” (BBC)

When Humberto Leon and Carol Lim stepped down from their role as creative directors of Kenzo, a ripple of surprise travelled through the fashion industry.  The duo (who also founded Opening Ceremony) had revitalized the house from a forgotten relic of the 1970s into a young, desirable brand – though sales remained meagre in comparison to a larger design house, reportedly generating less than $600 million annually. Who could possible replace Leon and Lim? The answer is

Felipe Oliveira Baptista, a designer who most recently held the post of creative director at Lacoste. According to a press release, Kenzo’s CEO Sylvie Colin said,“[Baptista’s] innovative and modern creative vision and well-rounded artistic approach will enable Kenzo to reach its full potential while respecting its unique heritage.” We’re curious to see what direction he will take the brand in. (The Guardian)

A new chapter in the history of the Maison. KENZO is glad that Felipe Oliveira Baptista is joining as the new Creative Director as of July 1st. “His innovative and modern creative vision and well-rounded artistic approach will enable KENZO to reach its full potential while respecting its unique heritage" Sylvie Colin, CEO. ? @karimsadli

“There’s a difference between like and love. I like my Skechers but I love my Prada backpack,” uttered Bianca Stratford in 10 Things I Hate Abut You. The line illustrates perfectly the impact the utilitarian sack had on the 90s. Released in 1994, the nylon backpack became one of the world’s first ‘it bags,’ inspiring unfettered devotion amongst all strata of fashion fans in the 1990s. Now, the brand is putting an eco-friendly spin on the old favourite by launching Re-Nylon, a line that reproduces the classic bags out of ECONYL, a new eco-fibre derived from recycled plastic collected from ocean and textile waste. The fibre is so resilient that it can be broken down and recycled over and over again, effectively creating a permanent solution to textile waste. According to a press release, Prada has committed to replacing all of their nylon offerings with ECONYL by the end of 2021. (i-D)