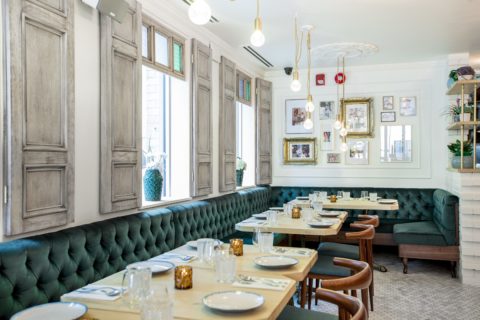 Kiin, the New Thai Restaurant in Toronto You HAVE to Try

Today marks the official opening of Kiin, which means “eat” in Thai, the latest Thai restaurant opened by culinary couple Jeff and Nuit Regular, who also own Sukhothai, Pai and Sabai Sabai.

But you won’t be having any déjà vus here. Whereas the other restaurants focus on Northern Thailand’s cuisine, with Pai drawing inspiration from the street vendors in its namesake city, Kiin has a decidedly refined appeal to its offering. “It’s still traditional Thai food, but it’s different because most of the items we don’t really have in Toronto yet,” said Chef Nuit, executive chef and co-owner, adding that some of the menu items were inspired by meals her mother prepared for her in her native country. “I specifically chose from each part of Thailand, and also the special tonight is something probably not many of us have heard about: It is Royal Thai style cuisine. People in Thailand will say this is almost going to be extinct food…because of [how difficult it is to] select the ingredients and make them.” One such dish is the Roy Thai, pictured below, a platter of miniature taste explosions that are meant to be eaten each in one bite.

The story of how Jeff and Nuit met is perhaps as romantic as the restaurant’s decor is. (The duo met in Thailand, where Nuit worked as a nurse. When he discovered what a good cook she was, they opened a restaurant in Pai called Curry Shack. Eventually Jeff won her over and brought Nuit to Canada, where their restaurant empire reigns.) Jeff said that he let his wife take over the design of this one, since Pai has more of a “man cave” feel. On the other end of the aesthetic spectrum, Kiin has golden accents, intricate tile details and a powder room that will become every girl’s instant obsession: Millennial pink closet doors with crystal knobs are the stuff of one’s childhood dollhouse. Velvet seating, framed family photos and dangling crystalline bulbs are also very Pinteresting.

But the food: It’s meant to be shared and is offered as a series of small and large plates. Of the nine dishes we sampled, all exceeded expectation, though the must-trys are the aforementioned Roy Thai platter, the Khao Yum (the most beautiful and delicious salad you’ll ever cross paths with) and the Gaeng Boombai Nua (a beef short rib with a sauce so delicious you’ll want to drink it). To have the best experience, your best bet is to go with a group so you can try everything. Signature cocktails abound, both alcoholic and non-, many with floral accents that are sure to light up your Instagram account.

Kiin is located at 326 Adelaide St. W. Here are some of the dishes you can expect to find: 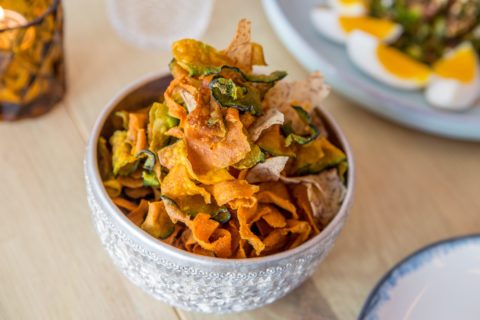 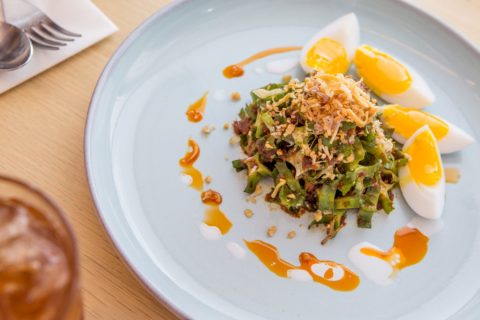 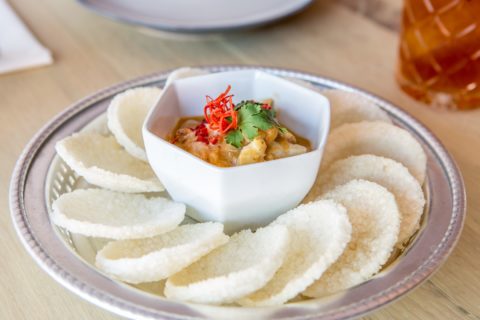 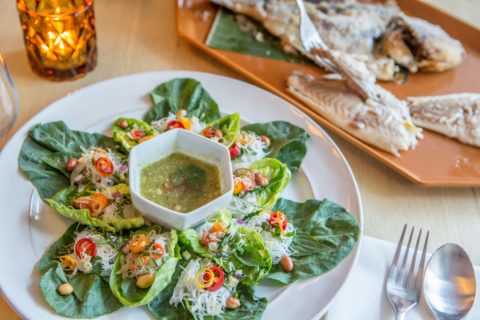 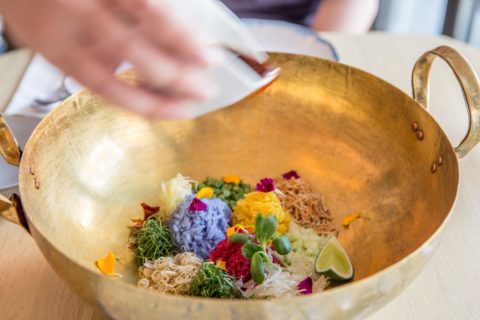 Mileng Pla: Sea salt-crusted sea bream served with Thai kale leaves to wrap it all up