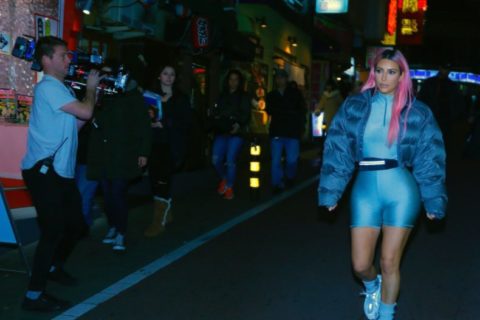 UPDATE: Editors Were Treated to an Empty Stockroom and an Apology Rather Than Kanye’s Yeezy Season 7 Collection

Since 2015, Kanye’s Yeezy Season label has been one of the most hotly anticipated shows of fashion week — and it doesn’t always deliver. Remember Yeezy Season 4 when Kanye made the fashion crowd trek out to New York’s remote-ish Roosevelt Island only to have the show start 90 minutes late with at least one model fainting in the sweltering heat?

This year, fashion editors were treated to a different kind of surprise at the showroom viewing for Yeezy Season 7. Rather than racks upon racks of oatmeal and biscuit coloured athleisure wear, Yeezy attendees reportedly arrived to an empty warehouse where an “unexpected meeting” took place to explain that no apparel or accessories would be presented for Yeezy Season 7 as “Kanye West couldn’t do what he wanted to achieve with this collection.”

YEEZY SEASON 7
Stockists were invited to a showroom that was empty, it was an unexpected meeting explaining that there won’t be any apparel or accessories for SEASON 7 as Kanye West couldn’t do what he wanted to achieve with this collection. pic.twitter.com/eL7tKHoeEQ

Ever the perfectionist, we respect Kanye West’s commitment to reaching the heights of his artistic vision; even if, when it comes to fashion, it more or less manifests in hoodies and American Apparel-style bodysuits.

May Yeezy’s creativity return to him next season, for the sake of hypebeasts everywhere.

UPDATE: Just as we suspected, Twitter account “YEEZY MAFIA” may not have had the whole story. Kim Kardashian defended her husband’s honour in a series of tweets that both shade Yeezy Mafia (“How are you gonna believe an account that posts fake colorways”) and confirm the existence of Yeezy Season 7, claiming it will “be online soon.” She finished up the tweet storm with, “YEEZY HAS ITS OWN UNIVERSE #Season7.”

How can a verified account represent Yeezy with false information. You do NOT work for Yeezy and NOT affiliated. How are you gonna believe an account that posts fake color ways ??? https://t.co/xkaYC98G7u

Season 6 was genius. All of my Japan looks are season 7 & will be online soon. Yeezy does not play by fashion rules. The show room was strictly shoes & always intended for that. https://t.co/xkaYC98G7u

Photography via Twitter/@@KimKardashian
Get the best of FASHION in your inbox Thanks for signing up!
The latest fashion, beauty and celeb news delivered right to your email #FASHIONforall Now, check your inbox to complete your subscription
We won’t ever use your email address for anything else
Want even more FASHION? Follow us on social media.