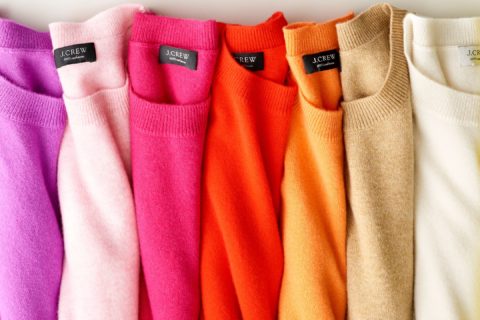 Will the young designer revive the brand?

J. Crew has seen a lot of change over the past few years, with the departure of CEO Mickey Drexler earlier this year. But the most recent change is a promising one: J. Crew has announces that Chris Benz will lead the company as the new head of women’s design. He joins from Bill Blass, the American fashion house where he held the role of creative director since 2015.

If Benz’s name sparks some familiarity, that’s because the formerly pink-haired designer founded his own quirky ready-to-wear line in 2007, featuring kooky prints and bright colours that earned him the nickname, “The Prince of Colour.” Despite his status as a critical darling, the Chris Benz line folded in 2012.

This isn’t Benz’s first stint at J. Crew either. From 2005 to 2006, he worked under then-creative director Jenna Lyons before branching off to start his own line. “J.Crew is where I started my career and I have always loved the inspired mix of things – colour and pattern, texture and quality – that defines it,” he explained in a statement to Business of Fashion. “I look forward to innovating on the brand’s essential classics to create an eclectic American style that is both polished and unique, and revives J.Crew as a destination where everyone can find something special.”

Having taken time away from the brand to grow and solidify his name in the fashion world, Benz comes back to J. Crew with some serious credentials and preppy-glam design chops. It will be interesting to see how much of his creative thinking makes its way into new collections, and whether his aesthetic vision will give the flagging retailer the boost it needs to get back up on its feet again. A press statement from the company offers some hope, “These necessary and significant changes are part of the company’s efforts to revitalize the J.Crew brand among consumers, while also becoming more productive and more profitable in the process.”

We’ll be eagerly waiting for the release of the first Benz-designed line.