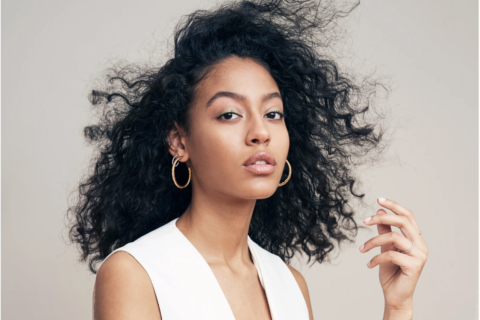 It's also donating a portion of sales to the food agency Second Harvest until May 15th.

What started as a simple gesture of goodwill grew into a heartwarming highlight reel for Corrine Anestopoulos of Biko. As the COVID-19 crisis took hold and she found herself learning more about the issues faced by essential and frontline workers, Anestopoulos says, “I knew I had to pivot my attention and do something productive” to help others in need.

After donating to Toronto’s Sistering organization, which works with at-risk women and trans people, Anestopoulos set her sights on a giveaway project for frontline workers who would be nominated by family and friends in Biko’s network. After posting details through the brand’s online platforms, she was shocked by the outpouring of stories about nurses, doctors, pharmacists and more. “My inbox was just flooded,” she says. “I was like, this is beyond me, this is beyond my personal community. And the stories are just unreal—it’s amazing that people are still functioning while keeping a smile on their face.”

About a week ago, we created a mini-series titled ✨ ‘Daily Hero’ ✨ to commemorate the incredible submissions we received in response to our Gift-Away. . Frankly, our hearts are so full and we’ve been truly touched by the many inspiring stories of strength and courage sent to us. These stories NEED to be shared. ✨ We hope you’ll take the time to view the series ~ found in our Stories highlight reel, called ‘Daily Hero’. . While submissions for ‘Daily Hero’ are now closed, we encourage you to continue to find kind ways to thank the daily heroes you know, love, and are inspired by in these wild, wild times. ❤️

Anestopoulos decided to share the bounty of nominations via a ‘Daily Hero’ feature on the brand’s Instagram stories, and she’s continued to find other ways to give back both personally and through Biko. Through May 15th, the brand is donating 15% of its sales to the food agency Second Harvest; it’s an initiative that brings satisfaction to both the customer and designer. “It’s honestly what’s keeping me going right now as a human,” she says. “It’s a new way to be part of the community that’s greater than selling jewellery, which to me doesn’t seem nearly as important.”

✨ There’s a lot to smile about ✨ We’re so inspired by the heart-warming stories we received for our Daily Hero series, and we’re continuing to give back. ? Until May 15th, we will proudly donate 15% of sales from ilovebiko.com to the Second Harvest COVID-19 Emergency Relief Fund. . @SecondHarvestCa is an emergency service providing fresh perishable food to frontline hunger-relief organizations across Canada to ensure healthy food is available to those most in need. The impact of COVID-19 has placed their organization under tremendous stress, and together with your support, we can help provide much needed relief. . Thank you for your continued support, and stay well. ? Xo BIKO

But design is still on Anestopoulos’s mind, and she’s in the midst of conceptualizing a fall collection. To keep the momentum going as she works through both creating new pieces and promoting her current collection online, she’s has tapped into the energetic workouts offered by L.A.-based choreographer, Ryan Heffington, who has worked with the likes of Sia, Florence Welch of Florence and the Machine, and FKA Twigs. “He’s amazing,” she enthuses. “It’s fun and you feel it—it’s a good body release.” Just the thing for keeping those creative juices flowing.

Photography by Fransisco Garcia.
Get the best of FASHION in your inbox Thanks for signing up!
The latest fashion, beauty and celeb news delivered right to your email #FASHIONforall Now, check your inbox to complete your subscription
We won’t ever use your email address for anything else
Want even more FASHION? Follow us on social media.