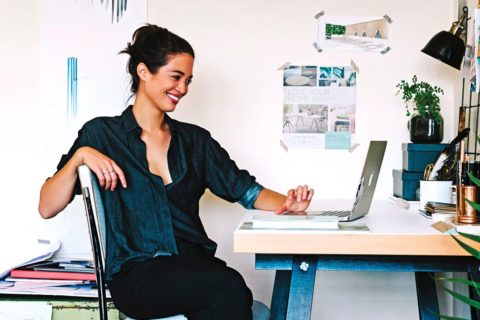 Forget the 5-year Plan: How to Survive the New Work-Life Reality

There’s a Barbie commercial making the rounds on social media that starts with a little girl giving a lecture to a university class about the brain. Her students are at first surprised and then charmed by their precocious prof. The commercial goes on to show young girls taking on all manner of real-world careers, from soccer coach to veterinarian. The message is that girls can be anything when they play with Barbie. It’s a great concept: that girls can have any profession they dare to dream about. But in reality? Barbie would be working a short-term contract job with no hope of renewal.

In 2017, the concept of a secure, linear career path seems as fantastical as becoming a top-earning YouTube star. According to a workopolis.com report, Canadians can expect to have about 15 different jobs throughout their working lives. And a report by McMaster University, in Hamilton, Ont., and the United Way reveals that some two million Canadian workers are in temporary-employment situations. That’s the highest number ever recorded. “The idea that a job will last for an indefinite period of time is being redefined,” says John Shields, a political science professor at Toronto’s Ryerson University and co-author of the report. “A lot more jobs are temporary in nature.”

And it looks like precarious work—defined by the Law Commission of Ontario as “having low wages and at least two or three other features: no pension, no union and/or small firm size”—is here to stay. In October 2016, Finance Minister Bill Morneau made a controversial statement that “job churn,” or career changes and short-term employment, is a new reality that Canadians have to get used to. That’s something Martha Howes* knows all too well. Today, the 24-year-old is working as a heritage research assistant with the Ontario government. For her, it’s a Barbie dream job that’s right in line with what she studied in school: She has a master’s degree in public history. The catch? It’s all over in five and a half months. Like a lot of government workers these days, Howes was hired on a short-term contract after finishing an internship program, and she has no idea what she’ll do once the contract ends.

The standard school of thought is that insecure employment only affects people at the beginning of their careers or those who have low-paying jobs or work in less stable creative fields like writing or design, but that’s just not the case. The phenomenon of insecure work is creeping into industries we used to think of as secure, such as law, nursing and even government. “Half the workforce is in a very precarious situation, and this includes people who have master’s degrees,” says Shields. “Being permanently temporary goes from the top to the bottom of the labour market today.”

According to the McMaster/United Way report, precarious workers are at risk for higher stress and anxiety levels—which should come as no surprise. In addition, many insecure and independent workers are less likely to take vacation or sick days to deal with health issues, and many don’t have access to extended health benefits offered to permanent employees.

While some labour-market experts and forward-thinking companies are pushing against the idea that we should accept insecure work as a new reality, it’s status quo for a lot of Canadians. Yet the way we discuss career and financial planning is still very much rooted in the old narrative of having one job for life. Here are four tips on how to survive — and thrive in — job churn.

Think of jobs as a series of stepping stones

Stop thinking about your career as a linear path with one goal in mind, advises Sarah Vermunt, a career coach and author of Careergasm: Find Your Way to Feel-Good Work. Instead, think of each job you take as a stepping stone. “If you acknowledge that there are skills and experience you can build on with each stone, it provides you with a lot of options.” If you’ve landed a short-term contract, go into it knowing what you want to learn there. And don’t be afraid to ask your superiors for opportunities to build skills that will help you get to the next “stone.”

In today’s market, the skills you build throughout your working life are far more valuable than job experience in a particular field. Skills are way more transferable than we think they are, says Vermunt. They’re our main commodity in a world of job churn. Paula Talesnik, 45, discovered just how valuable her skills were when she left a 20-year career of contract work in the TV industry to retrain as a nurse. “I honed my critical-thinking skills when I worked contract jobs in post-production because things never go smoothly,” she says. “That ability to problem solve is something I’ll be using a lot in nursing.”

Make your own job, but be smart about it

When Sheetal Rawal passed the bar exam, she assumed she’d land a secure job as a lawyer in Toronto. Instead, she found herself bouncing from contract to contract and dealing with the anxiety of having to scramble for her next position. Tired of the instability, the 33-year-old took a calculated risk: She started her own business as a consultant. “I like the idea of being able to work on my own terms,” she says. “It feels right for this moment in my life.”

A lot of workers are making the same move—almost three million Canadians were self-employed in 2016. And while starting your own business does give you some control over your work, there are risks to consider. You want to make sure you have a financial cushion in case it takes some time to drum up work. And something many solo-preneurs don’t consider: Independent and contract workers aren’t covered under employment-standards legislation, meaning there aren’t many protections in place to ensure workplace safety, parental/medical leave and fair pay. “There was a time when people who wanted to freelance or solo-preneur occupied a small corner of the labour market, and our social-safety-net system was based on traditional employee-employer relationships. But that’s changed,” says Andrew Cash, a former NDP MP and co-founder of the Urban Worker Project, an organization lobbying to change legislation to cover the growing number of independent workers. If your plan involves working for yourself, make sure you understand the value of your work and know what groups you can lean on for advice.

Take control of your finances

Part of the reason insecure work is so scary is because you can’t be sure whether you’ll have enough money to make it between jobs. But good financial planning can take the strain off—even if you feel like you’re living paycheque to paycheque. “Financial planning is all about spending properly,” says Scott Plaskett, senior financial planner and CEO of Toronto’s Ironshield Financial Planning. “It doesn’t matter how much you earn; it matters how much you keep.” He advises contract workers, freelancers and entrepreneurs to adopt a financial plan called a distribution model. When your cheques come in, immediately move 10 per cent of your pay to a special savings account and use the other 90 per cent to pay your expenses. Then, every four months, pay yourself a modest portion from that special account as a reward and keep the rest as an emergency fund.

*Name has been changed

Photography by Bauer Syndication/Trunk Archive
Get the best of FASHION in your inbox Thanks for signing up!
You’ll get the latest fashion, beauty and celeb news delivered right to your email Now, check your inbox to complete your subscription
We won’t ever use your email address for anything else
Want even more FASHION? Follow us on social media.