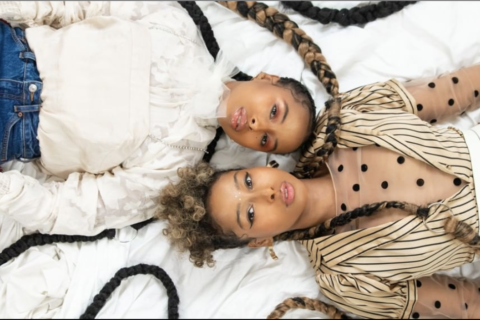 How Inclusive Stylist is Changing Representation Behind the Scenes

"It’s a way for people emerging in the industry to know that they’re not alone."

While there’s been a bigger push in recent years for more diversity in front of the camera, the people working as part of the teams who conceive of and create fashion, film and television content are still disproportionately white and male.

This is where Inclusive Stylist, a mentorship-centric program launched by Toronto-based creatives Vanessa Magic and Georgia Groom, is poised to be a true change-maker. The idea for the initiative was prompted by the duo’s experiences of being on set and recognizing the lack of BIPOC individuals in their crews.

Have you checked out @santanaeluzige Here is a sample of her amazing work.

A post shared by Inclusive Stylist (@inclusivestylisttoronto) on Sep 9, 2020 at 3:01pm PDT

“A few years ago, I was sitting on set one day and I looked around, and the only person of colour was the talent,” recalls Groom. “I don’t know if [Vannessa and I] had spoken about it to each other at that point, but it was something we’d both noticed and it became more and more obvious.”

After a phone call between the collaborators–who both have impressive resumes and industry accolades across the spheres of editorial, commercial, film and television work–to discuss this pervasive inequality, Inclusive Stylist came to be.

Its primary focus is to enlighten, connect and empower emerging creatives who are seeking to gain access into the notoriously nepotistic world of image-making. “When I started, I wasn’t afforded a lot of chances,” says Magic about her years as a fledgling costume designer. “One opportunity that I had was from me asking someone to take a chance on me, and them saying yes. I think when you’re starting in the industry, you’re met with a lot of resistance.”

Have you checked out Charlene Akuamoah @asiafiasco ? Here is a sample of her amazing work.

A post shared by Inclusive Stylist (@inclusivestylisttoronto) on Sep 16, 2020 at 9:01am PDT

The aim of the Mini Mentor programming was to highlight the idea that, “If you can see it, you can be it,” as Groom says. It’s this principle that guides the content and networking opportunities she and Magic continue to develop such as showcasing the work of their mentees like Eyob Desalgne, Charlene Akuamoah and Sanatanae Luzige on social media, and helping mentees to meet with and learn from more established creatives. These aspects are especially crucial during quarantine, notes Magic, since such experiences aren’t as accessible offline at the present moment.

In addition to equipping mentees with relevant skills and connections, Magic notes that there are elements of systemic racism that they must be attuned to in order to be emotionally and mentally prepared for work. “Being a Black stylist, I worry about being followed in the mall, or being asked for ID if I’m using someone else’s credit card for production purchases,” she says. “These are things other people don’t have to think about.”

Though Inclusive Stylist was born from Magic and Groom’s disappointment in their industry, they clarify that its existence is meant to be a positive solution to a dire issue. “We want to call people in instead of calling them out,” says Magic. “[People] have to acknowledge things were messed up, and it has to change.” But to this end, she rightly adds that privilege has allowed these inequitable systems to keep operating. “It’s always marginalized people helping marginalized people get ahead,” she says. “It’s never the people at the top of the system”, who Groom notes, are typically white men.

Have you checked out @eeeeyob. Here is a sample of Eyob Desalgne's work.

A post shared by Inclusive Stylist (@inclusivestylisttoronto) on Sep 23, 2020 at 9:01am PDT

“And you have to start at the top,” Groom goes on, flagging that even if modelling agencies brought more models of colour on to their boards, film unions vetted more POC, and stylist agencies represented a more diverse roster of talent, the power of the client and their dictates are going to continue to be difficult to change without those who’ve been given access into creative spaces speaking up.

One step in driving the fashion, film and television industries–and every other industry, too–toward equilibrium is for those presently active in them to be cognizant of and educated about unfairness, so they’re more prepared to do something about it. “If you’re someone benefitting from the current system, you have to think, what can I do to make this more equitable?” says Groom. And she adds that we must banish the notion that someone else’s gain is another’s loss to actually make equality a reality. “If it’s fair for all of us, it doesn’t mean it’s unfair to you.”

It’s this idea that’s at the core of Inclusive Stylist’s efforts, and Magic points to the importance of communal thinking in how we approach making sets a place where everyone present feels welcomed and valued. “It’s a way for people emerging in the industry to know that they’re not alone, and that there’s a community behind them and it wants to see them succeed.”