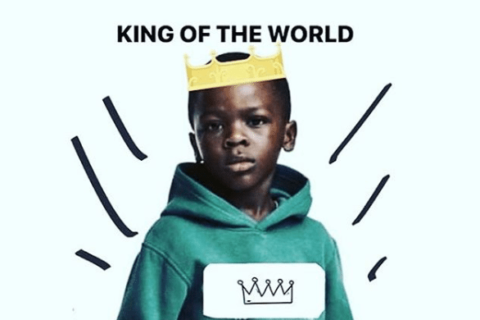 H&M Issues an Apology for their Monkey Sweater Deemed Racist

H&M has apologized for a campaign image released on Monday featuring a young black boy clad in a hoodie reading “The Coolest Monkey in the Jungle.” After the image took off on social media, it was widely criticized for its racist overtones. The Weeknd cut off ties with the brand after tweeting, “woke up this morning shocked and embarrassed by this photo. i’m deeply offended and will not be working with @hm anymore…” LeBron James posted an image on Instagram of the photo with a crown photoshopped onto the child’s head reading “King of the World.” “@hm you got us all wrong!,” he captioned the image. “When I look at this photo, I see a Young King!!”

H&M’s sincere apology reads, “We have got this wrong and are deeply sorry.” The brand not only removed the image from the campaign but has also pulled the sweater from its stores and made the apology the main banner image on their website. “We have a responsibility to be aware of and attuned to all racial and cultural sensitivities – and we have not lived up to this responsibility at this time,” they say.

Bravo H&M, for issuing an apology that doesn’t backpedal, acknowledges the righteousness of the criticism and makes a solid commitment to do better in the future. All other fashion brands should be taking notes.

Read the statement in full below.

Update: The mother of the child model featured in this campaign expressed how she felt about the backlash in a series of Facebook comments that have since been deleted. The mother, Terry Mango wrote, “Am the mum and this is one of hundreds of outfits my son has modelled…stop crying wolf all the time, unnecessary issue here…get over it.”  She also added “If I bought that jumper and put it on him and posted it on my pages, would that make me racist? I get pples opinion, but they are not mine.”

I have this same mother of this boy on my page trending on Facebook I made screenshot of what she said to this post and everyone is shouting ????her name is terry mango@billboardhiphop @KraksTV @bellanaija @lindaikeji @theweeknd pic.twitter.com/dZWSBGwMGo

New Update: H&M has appointed a diversity leader after facing criticism for their latest ad campaign. They announced their decision on their Facebook page where they wrote, “Our commitment to addressing diversity and inclusiveness is genuine, therefore we have appointed a global leader, in this area, to drive our work forward.” This also happened a few days after H&M was forced to temporarily close some of its South African stores after anti-racism protests.

Image Courtesy of Instagram.com/KingJames
Get the best of FASHION in your inbox Thanks for signing up!
The latest fashion, beauty and celeb news delivered right to your email #FASHIONforall Now, check your inbox to complete your subscription
We won’t ever use your email address for anything else
Want even more FASHION? Follow us on social media.