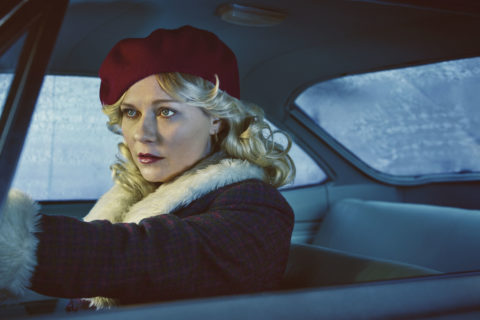 The Surprising Secret History of Berets

Berets are the most elegantly timeless style of hat – at once capable of being tidy and astute, feminine and intellectual, unassuming and intriguing. Whenever I happen to spot a round cap with that tiny woolen sprout, I can’t help but feel a flutter of whimsy and charm – it is, after all, the same hat that Mary Tyler Moore joyfully tosses in the air at the end of the opening of The Mary Tyler Moore Show while the music goes “you’re gonna make it after allllll”. It’s a blue striped knitted beret, complete with pom-pom, and it is marvelous.

The beret’s agelessness endurance comes from having a complex history; it was born out of necessity and existed long before it was even dubbed a beret. Despite the reputation it has now of French artsy-fartsy, cigarette-puffing pretention, this stereotype is not actually part of its origin story. In the 14th and 15th century, berets were simply referred to as felt hats and were specifically common among the poorest farming classes and artists (perhaps due to the hat’s incorporation into the self-portraits of artists such as Vermeer and Rembrandt). Its practical construction allowed it to be adopted by many groups, from French and Spanish militaries in the 1800s, to the Black Panthers in the 1960s and 70s and endless film starlets in between. The beret creates unity and wholeness in a group of individuals – it’s an additional layer to a uniform that symbolizes a strong alliance.

Despite the reputation it has now of French artsy-fartsy, cigarette-puffing pretention, this stereotype is not actually part of its origin story.

The headwear most associated with the Women’s March is the “pussy hat,” but the beret has its own place in feminist history as well. The Mary Tyler Moore Show is considered groundbreaking in the era of second-wave feminism, as it centered on an independent female whose main priority was her career, working as an associate producer for a fictional news program. Equally as fictional in reality at that time in television was a character like Mary – a working woman who wasn’t interested in marriage or being dependent on a man to survive. And yes, she wore a beret.

The typical “French beret” is also known as a Basque-style beret. It became available for commercial production in the 19th century in a town called Oloron-Sainte-Marie located between Southern France and Northern Spain. Often worn incorrectly, the brim of the hat was originally meant to be folded underneath, to ultimately look as if someone cracked an egg upon the head, opposed to showing like a muffin.

By 1928, more than 20 factories in France along with some in Spain and Italy produced millions of berets, pushing the beret beyond being a simple working class accessory and peppered onto the heads of Hollywood starlets from the 1920s onward, such as Jean Harlow, Greta Garbo, and Marlene Dietrich.

In the fall of 2017 Dior released an army of black leather beret wearing models on the runway. The following year in Toronto, berets popped up in the streets and subways quicker than mushroom caps in a damp forest. The city, seemingly overnight, became overrun with wooly brims. As quickly as they popped up, so too did the jokes on Twitter, and the great beret barrage eventually stopped.

This year, models traded berets for Yankee-doodle feathered caps and cyborg-esque helmet-sunglass fusions, but rest assured – the beret will never really be out of style. It is continually being reinvented and permanently enmeshed in our culture’s style lexicon. It looks like they’re going to make it after all.

Photo by Matthias Clamer/Mgm Tv/Fx Prods/Kobal/REX/Shutterstock
Get the best of FASHION in your inbox Thanks for signing up!
The latest fashion, beauty and celeb news delivered right to your email #FASHIONforall Now, check your inbox to complete your subscription
We won’t ever use your email address for anything else
Want even more FASHION? Follow us on social media.