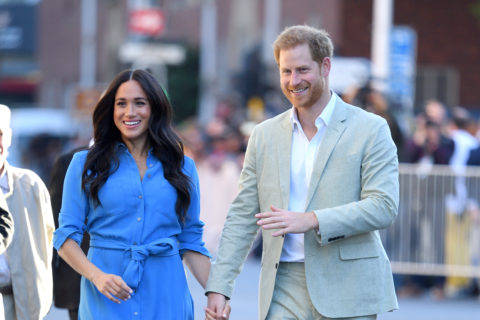 Harry and Meghan Just Signed a Deal With Netflix

“Our focus will be on creating content that informs but also gives hope,” the couple said in a statement.

Following in the footsteps of the Obamas, who signed a multi-year deal with Netflix after leaving the White House, the Sussexes too have entered into a partnership with the streaming giant. One of their biggest post-royal decisions (the other being their move to California), the exclusive deal that Netflix just signed with Harry and Meghan will essentially serve as an extension of the couple’s existing charitable interests.

According to the New York Times, the Sussexes “have founded a yet-to-be-named production company and signed a multiyear deal with Netflix, which will pay them to make documentaries, docu-series, feature films, scripted shows and children’s programming.”

“Our lives, both independent of each other and as a couple, have allowed us to understand the power of the human spirit: of courage, resilience, and the need for connection,” Meghan and Harry said in a statement. “Through our work with diverse communities and their environments, to shining a light on people and causes around the world, our focus will be on creating content that informs but also gives hope.”

This deal doesn’t mark the first Netflix project for Harry and Meghan. Prince Harry, who has long been an advocate for disabled veterans, collaborated with the platform recently on a documentary about the Paralympic Games titled Rising Phoenix.

“As new parents, making inspirational family programming is also important to us,” the couple added. “We are pleased to work with Ted and the team at Netflix whose unprecedented reach will help us share impactful content that unlocks action.” Watch this space for more updates.