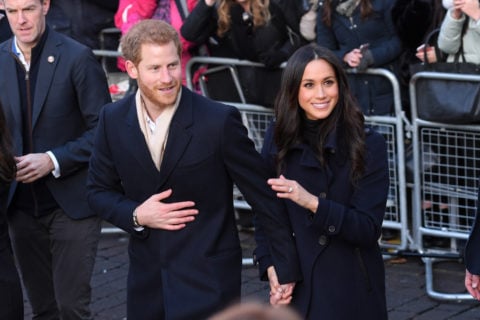 Today marks two years since Prince Harry and Meghan Markle married in front of the eyes of the world at Windsor Castle. And whilst so much has changed for the couple since that day – they’ve welcomed their first son, Archie, and relocated to North America after stepping back from their roles as senior royals – there’s also plenty that hasn’t, including their fondness for a matching moment when it comes to their wardrobes. Since the early days of their relationship, Harry and Meghan have perfected the art of couple dressing by wearing his and hers versions of the same hue (or in the case of appearances for the Invictus Games, the exact same shirt and jacket). So, as Harry and Meghan celebrate their second wedding anniversary, we’re taking a look back at 22 of the pair’s best matching outfits: 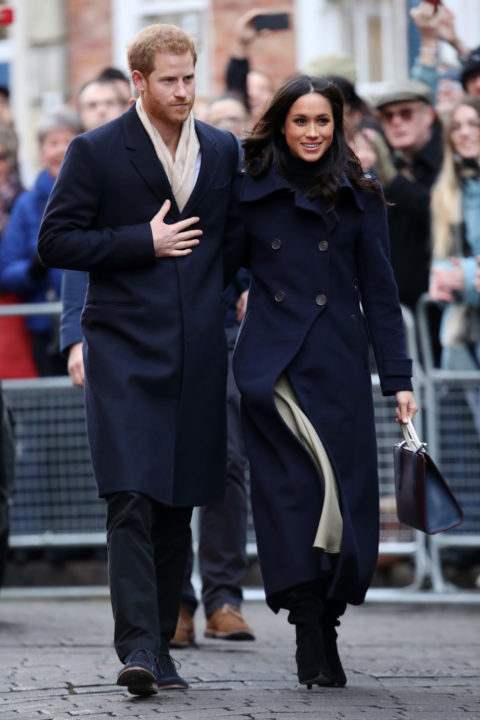 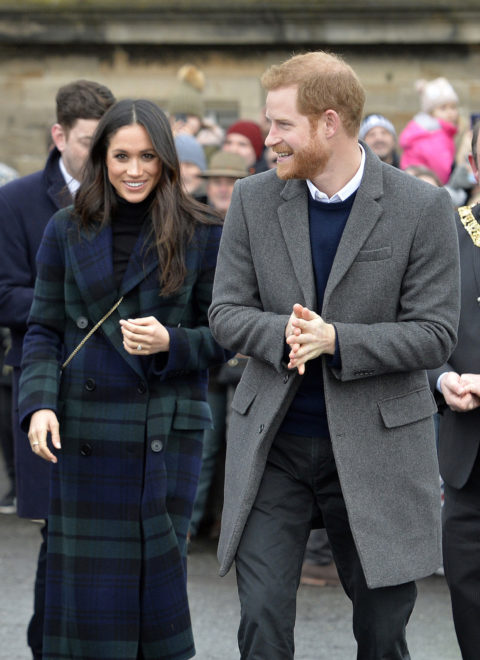 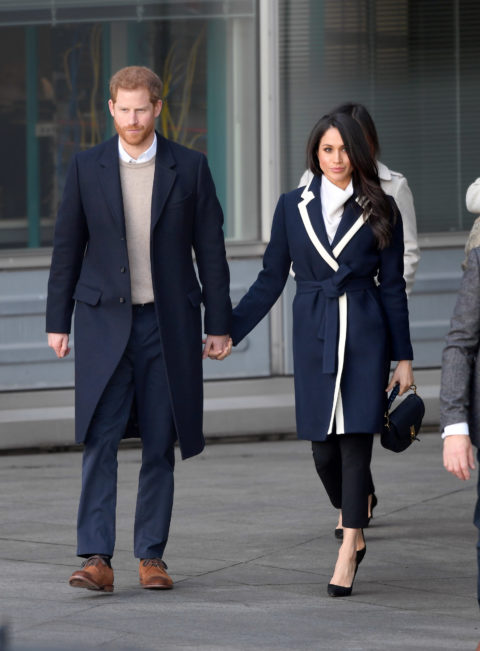 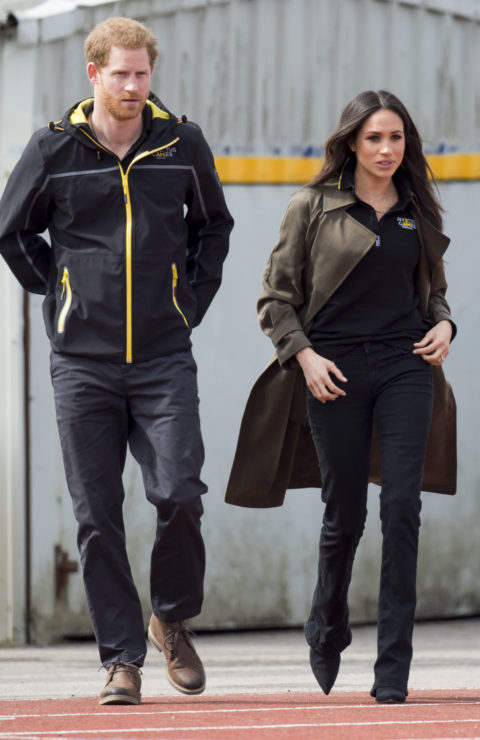 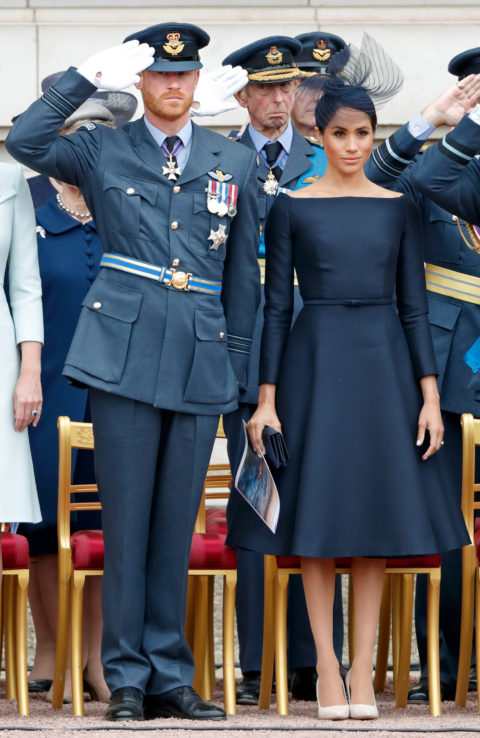 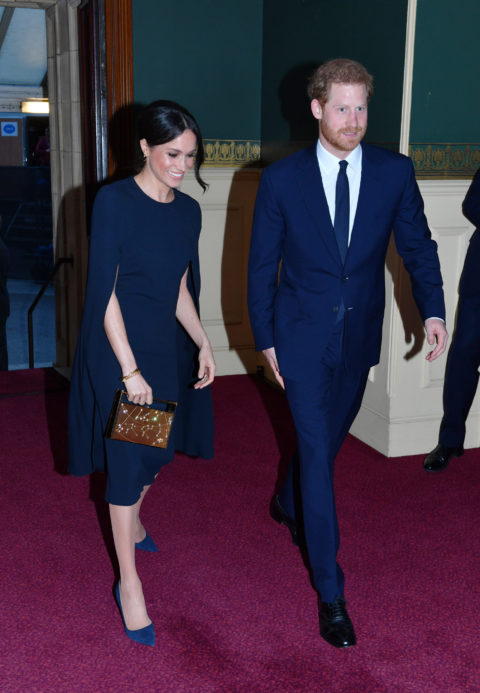 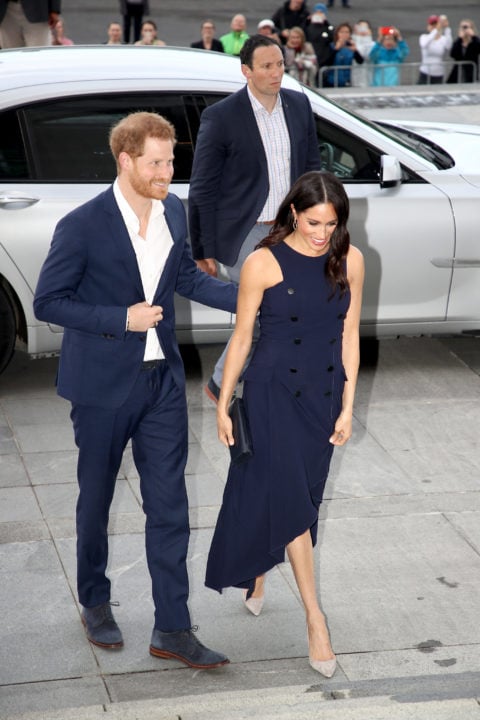 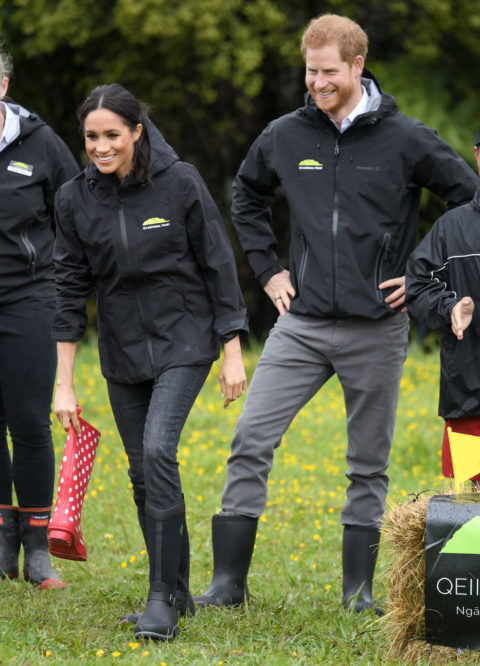 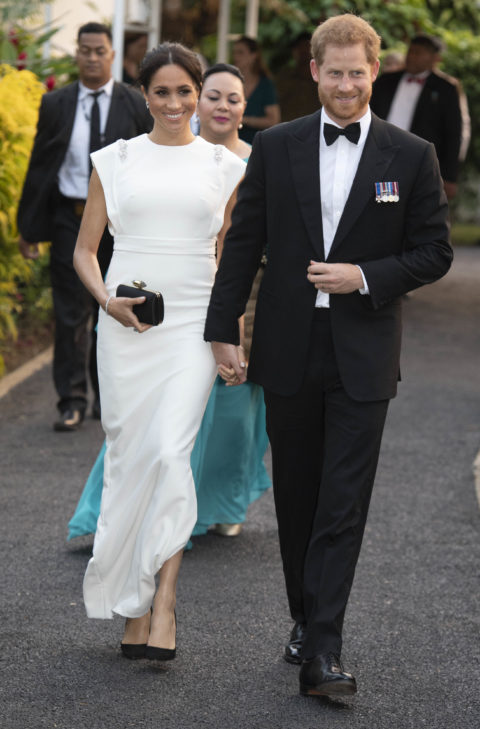 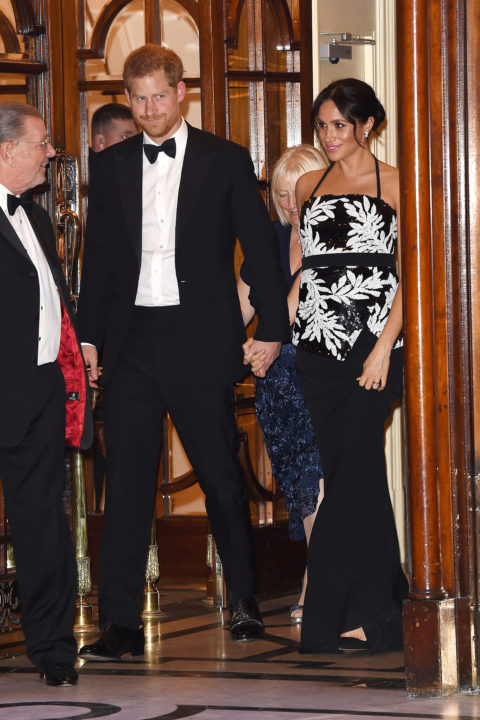 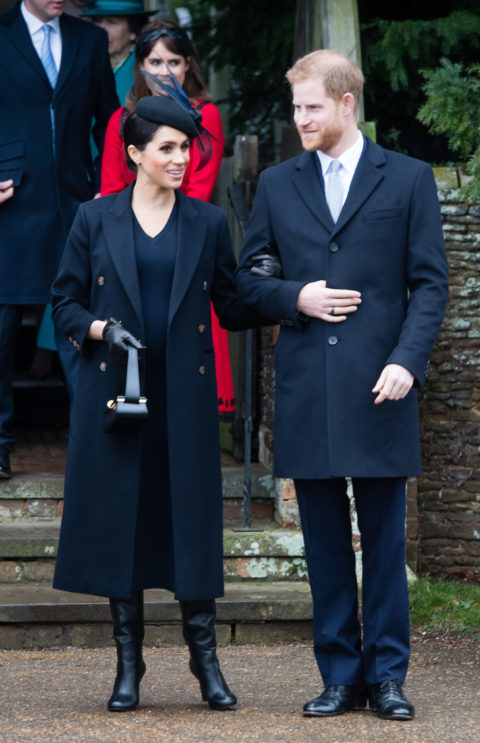 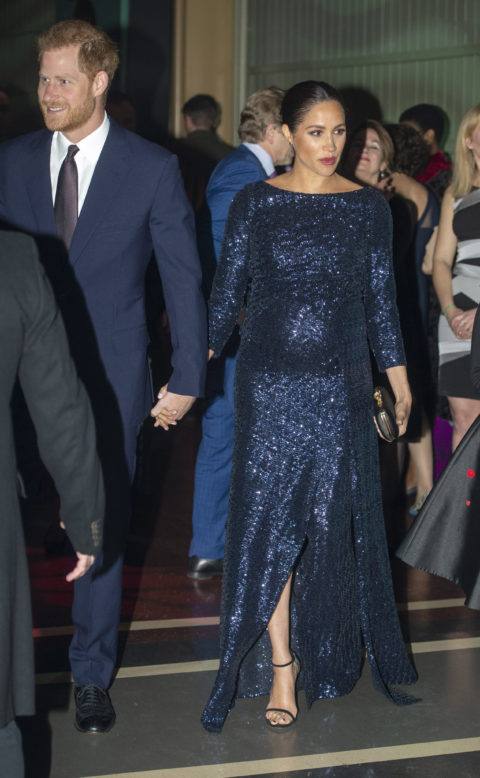 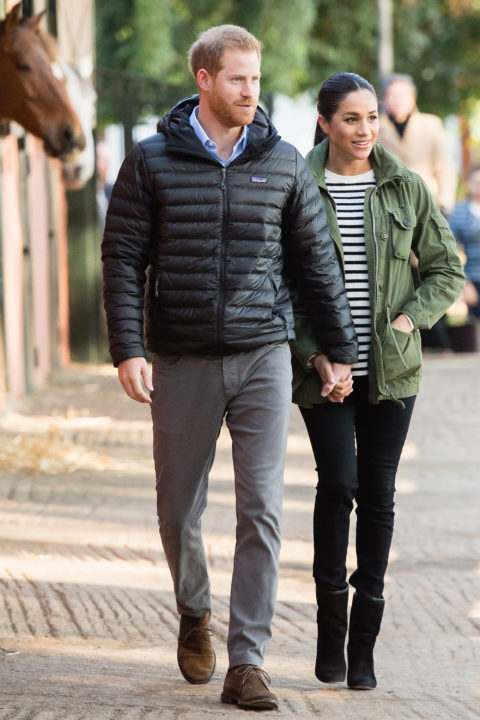 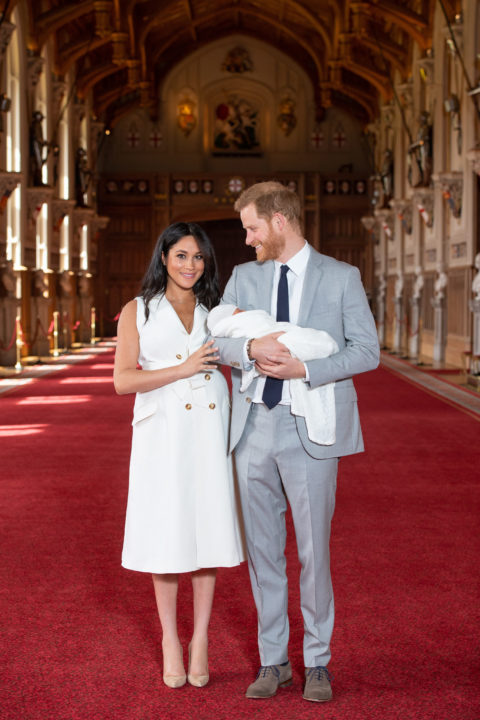 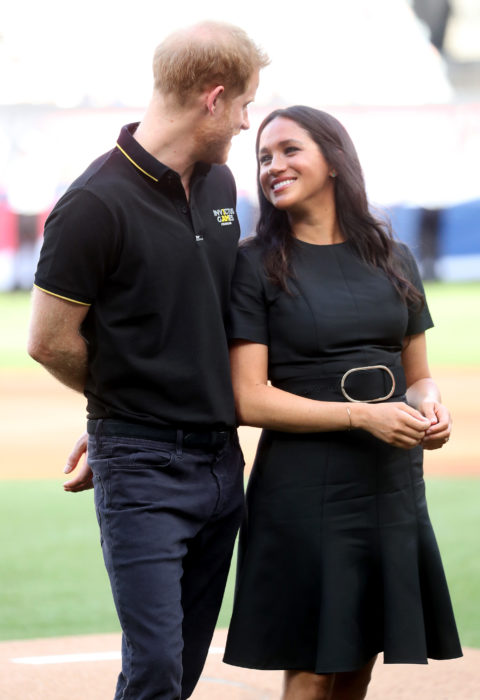 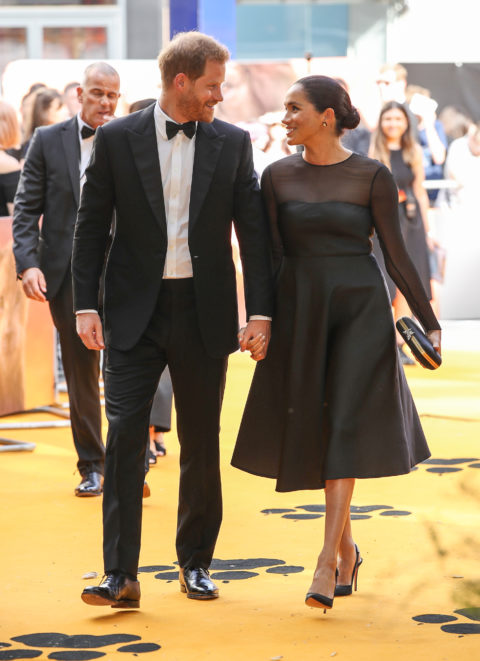 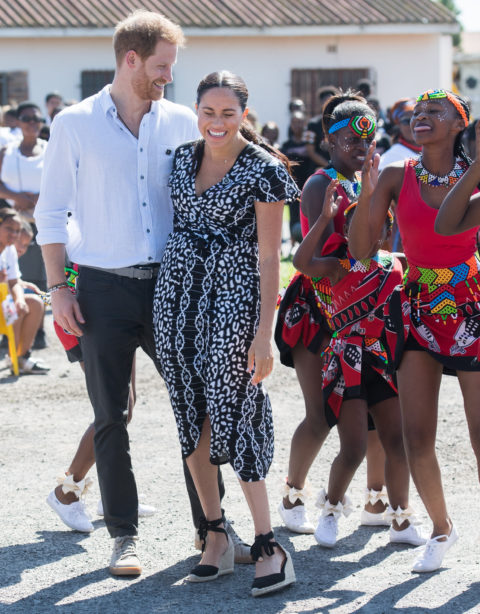 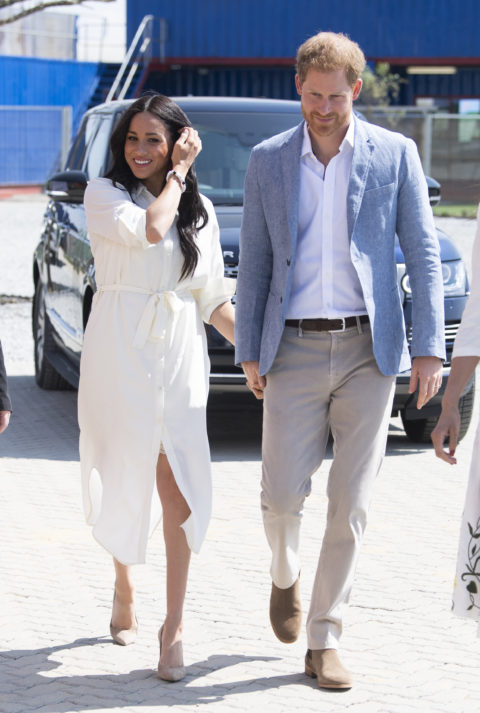 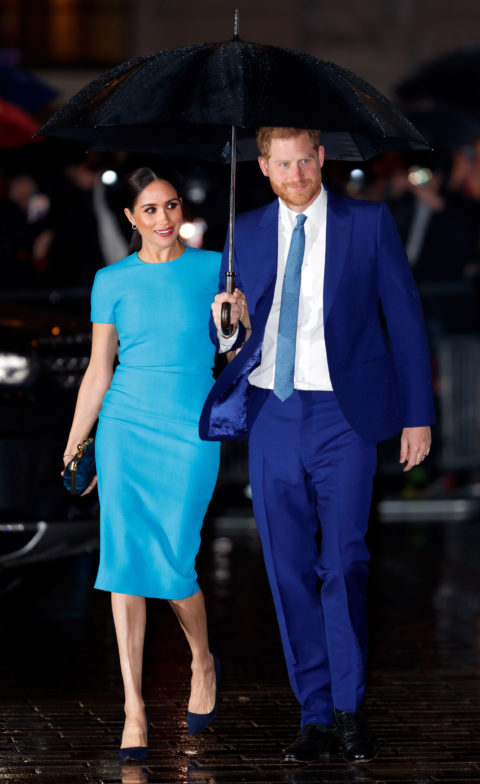 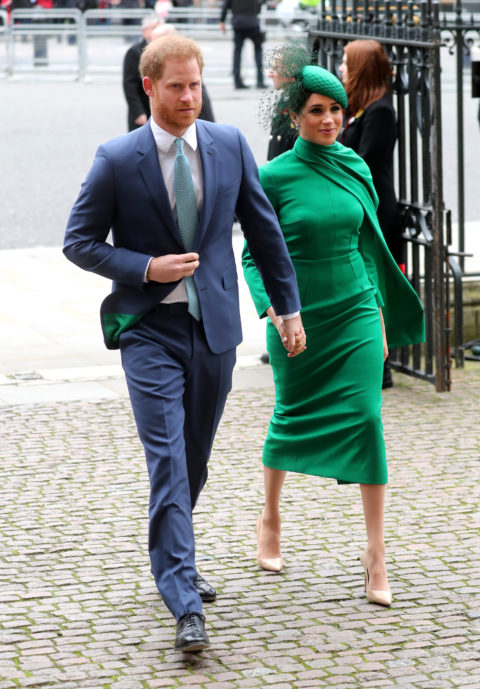 Just one month after announcing their engagement, Harry and Meghan (in Mackage) stepped out wearing matching navy coats with cream accents.

During their first visit to Scotland ahead of the royal wedding, Meghan and Harry gave us a glimpse of the couple dressing to come as Harry’s navy sweater perfectly complemented Meghan’s Burberry plaid coat.

On a visit to Birmingham, Harry and Meghan both opted for matching outfits by way of a navy coat.

Ahead of their wedding, Meghan and Harry both wore matching Invictus Games polo shirts for an event for the games in London.

To attend the 100th anniversary of the RAF, Meghan chose a bespoke Dior midi dress in navy to match Harry’s military attire.

To celebrate the Queen’s 92nd birthday, Harry and Meghan (wearing Stella McCartney) coordinated in navy ensembles for a second time.

For a state dinner in Tonga, Meghan wore a white column gown by Theia which perfectly picked up the white of Harry’s dress shirt.

At the Centenary Of The Armistice Service, Meghan wore a navy blue peplum suit dress and Harry wore a suit in the same hue. The pair both also wore poppies to mark the occasion.

To attend the Royal Variety Peformance show, a pregnant Meghan dazzled in a black and white dress by Safiyaa, whilst Harry looked sharp in a classic black tuxedo.

Further proving that 2018 was the year of the navy ensemble, Harry and Meghan perfectly coordinated in matching outfits for their first Christmas Day church service together.

Harry and Meghan (wearing Roland Mouret) circled back to their favourite hue for the opening of Cirque du Soleil’s new show.

OK so not *technically* matching but we like that the pair mimicked each other’s relaxed style on this outing in Morocco.

As the pair introduced their son Archie to the world, they opted for matching white hues.

Proving you can never go wrong in black, Harry and Meghan both opted for the hue to attend the first MLB game at London Stadium.

The pair opted for monochrome hues to kick off their tour of South Africa.

On an official engagement during their royal tour of South Africa, Harry and Meghan both opted for white.

To kick off their final events as senior royals, Harry and Meghan stunned in blue (with Harry’s tie matching Meghan’s Victoria Beckham dress).

Easily one of their best matching looks of all time, Meghan’s red Safiyaa gown looked brilliant alongside Harry’s military attire at the Mountbatten Festival of Music.